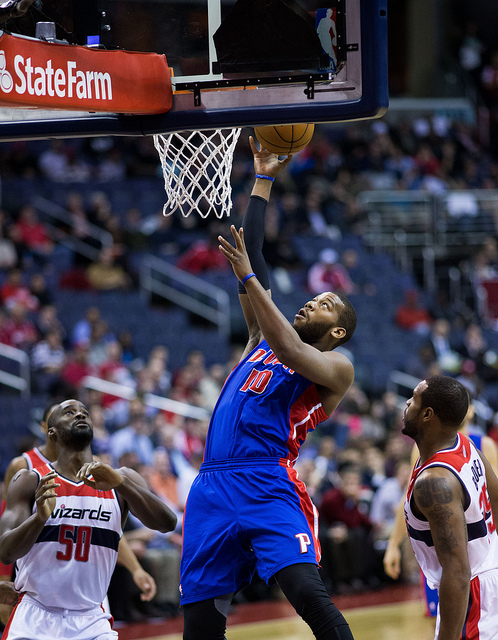 Brought to you by our friends at Fantasy Basketball Money Leagues. The 69th season of NBA is fast approaching and there are a lot of franchises looking to see how far they can go with the roster they have. Teams like the Cleveland Cavaliers, Miami Heat, Chicago Bulls and Dallas Mavericks surely can’t wait to test the new additions and acquisitions to their lineup. The Los Angeles Lakers, although they acquired a promising rookie in Julius Randle via the draft, and  Jeremy Lin during the offseason, are probably wishing it was already the summer of 2015. The Lakers failed to sign any of the two biggest free agents of the offseason – LeBron James and Carmelo Anthony. Because of this, they ended up with a bunch of young guys and role players this season. Although Kobe Bryant might play as well as Steve Nash, they might not be enough to provide the boost and firepower the team needed right now. Aside from failing to add a star player, the Lakers also lost arguably one of the best centers in the NBA of this generation – Pau Gasol. Gasol knew that with the roster the Lakers currently have, it has no chance at all to win the championship this season. They might also even fail to enter the playoffs. According to an article from ESPN, Gasol prioritized joining a championship contender over money in choosing the Chicago Bulls as a free agent.

“Money obviously wasn’t the priority here,” said Gasol, who was introduced by the Bulls on Friday at the United Center. “I turned down bigger offers, and I prioritized being on a championship-caliber team and being in a position where I can hopefully put that team over the top with my game, as well. I felt that here, I was going to have that opportunity, and now it’s just a matter of getting to work.”

Losing Gasol is obviously a big blow for the Lakers organization. Now Mitch Kupchak, general manager of the Los Angeles Lakers, is reportedly on the hunt of finding the best big man available in the summer of 2015. Him and the Lakers front office are reportedly eyeing either Marc Gasol or Greg Monroe.

The brother of Pau is arguably one of the most effective centers in the league right now. If the Memphis Grizzlies fail to advance at least to the Conference Finals this season, expect Marc to try free agency. The Lakers, with a lot of cap room to land Marc, will surely offer him the best they can give. Memphis will match any offer other teams give Marc Gasol, so it all depends on whether the Spaniard wants to play with Kobe next season.

Numerous sources say that Monroe is strongly considering signing with the Lakers next year. The Detroit Pistons restricted free agent is reportedly getting calls and offers from other teams. Monroe is a legitimate rim protector and he will be one of the most targeted free agents next year. If the younger Gasol won’t sign with the Lakers, Monroe might be the one they can get.