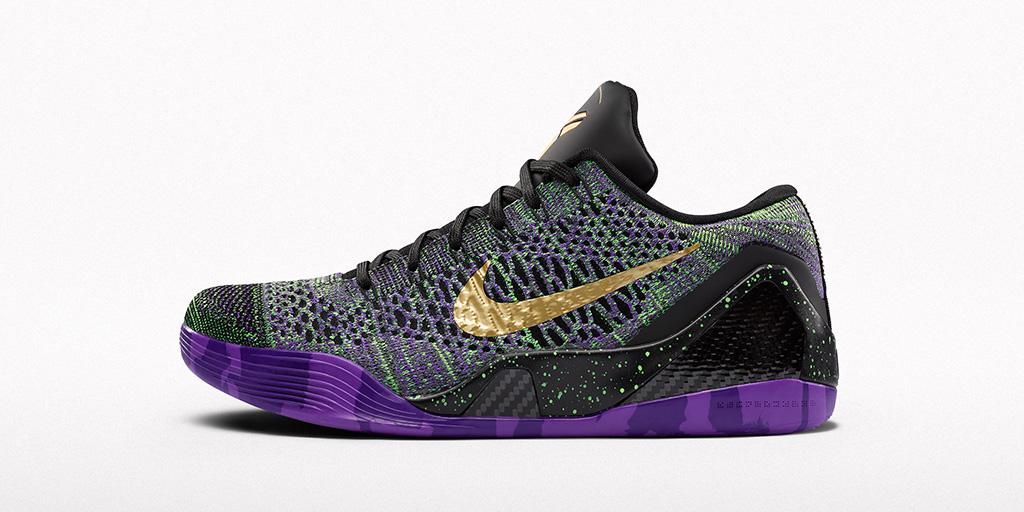 Kobe Bryant, the superstar future Hall of Fame guard for the Los Angeles Lakers, moved to third all-time on the NBA’s scoring list, passing Michael Jordan and placing himself next to the likes of Kareem Abdul-Jabbar and Karl Malone, both former Lakers themselves, who are first and second in the record books. Bryant did this feat at the free throw line in a win against the Minnesota Timberwolves and received a standing ovation for his accomplishment. Anticipating history being made, Bryant wore a special edition version of his current signature shoe, the Nike Kobe 9 Elite Low ‘Mamba Moment’, which you see above, which was made available to the public on the same night of his feat and quickly sold out.

Woven in Nike’s proprietary Flywire fibers and equipped with full-length Zoom Air from heel to toe, the Mamba Moment shoe is sure to be sent to Springfield, Massachusetts where it will be glorified at the Basketball Hall of Fame.