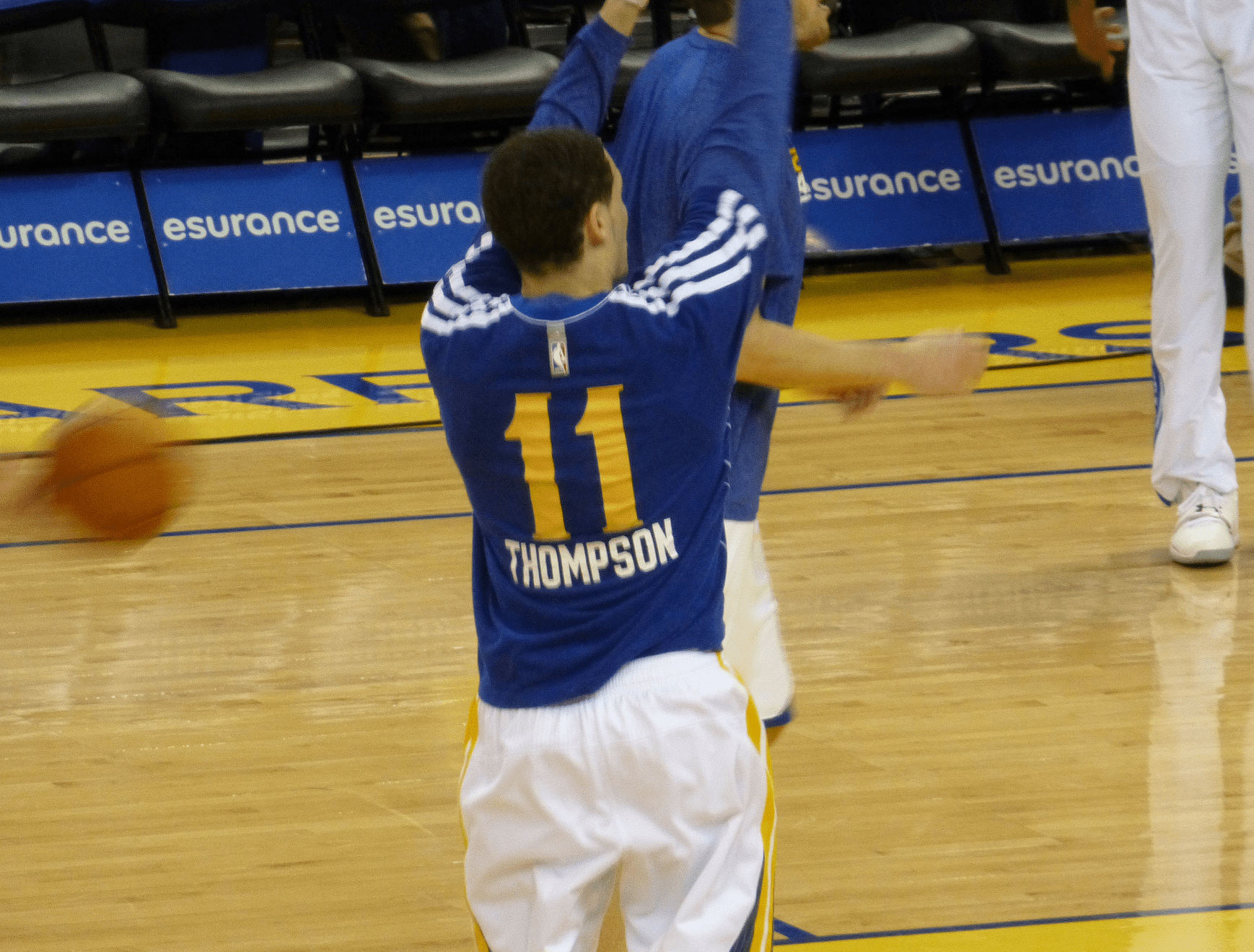 If there was ever a doubt in anyone’s mind about whether or not Golden State Warriors’ shooting guard Klay Thompson deserved to be an All-Star, it’s likely gone now.

In what was a tight game between the Warriors and their Northern California rival Sacramento Kings on Friday evening, Thompson took it upon himself to end things early. He erupted for 37 points IN THE THIRD QUARTER ALONE, shooting 13-13 from the field, including 9-9 from three-point range – making for the greatest single-quarter performance in NBA history. Those are simply mind boggling numbers that I still have trouble comprehending. Thompson finished with 52 points on the night in just 33 minutes.

I asked Warriors’ swingman Justin Holiday, “How do you explain what Klay Thompson did last night? Have you ever caught fire like that at any level?”

“Just unreal man. I have caught fire before, but I’m sure nothing like that,” Holiday said. “I have never seen something like that.”

Neither have I, but it reminded me of three things: Reggie Miller vs. Spike Lee at Madison Square Garden, Ray Allen in any video game (or real life), and Stephen Curry against the Denver Nuggets in the 2013 playoffs. There is no coincidence that those are the three greatest three-point shooters of all time.

All-Star? Damn straight he is an All-Star. And now that fan-voted Kobe Bryant is done for the season, if it wasn’t for James Harden‘s MVP caliber season and steadily improving defense, Klay might be starting the ASG alongside his Splash Brother Stephen Curry, under the watchful eye of his head coach Steve Kerr. Curry earned the most fan votes in the entire league. That’s right, even more than LeBron James. This season has been quite a come up for The Bay’s Team.

As for Kerr, with the best record in the league, he’ll be coaching the Western Conference All-Stars in New York at the world famous MSG. And just think, he could be coaching the 8-36 Knicks there every night! That’s right, winners of three-straight and still a league worst 8-36.

Over the past week it appears that Thompson has really been pushing for that All-Star nod. Over his last five games he has scored 32, 27, 22 (in 23 mins), 27, and 52 points while never playing more than 33 minutes. On the season, Thompson is averaging 22.6 points, 3.5 rebounds, and 3.1 assists. He ranks second in the Association among shooting guards with a PER of 22.84, trailing only Harden.

Thompson is shooting a scorching 48% from the field, 46% from beyond the arc ,and 87% from the free-throw line, ranking 5th, 3rd, and 5th among shooting guards respectively. He also ranks among the top 10 at his position in just about every other category imaginable. But something that the stat sheets can’t be filled with is his one on one perimeter defense against some of the league’s best.

For instance, his immediate rival, James Harden, was completely taken out of the game by Thompson just a few weeks ago. The Beard was held to just 12 points on 4-15 shooting with three turnovers and five fouls. The Warriors handily swept the season series 4-0 against the Rockets for the first time in since the 1973-74 season. But yeah, James Harden, the Warriors “ain’t even that good,” though. With a 35-6 record and a 5 1/2 game lead in the Western Conference, they are historically great.