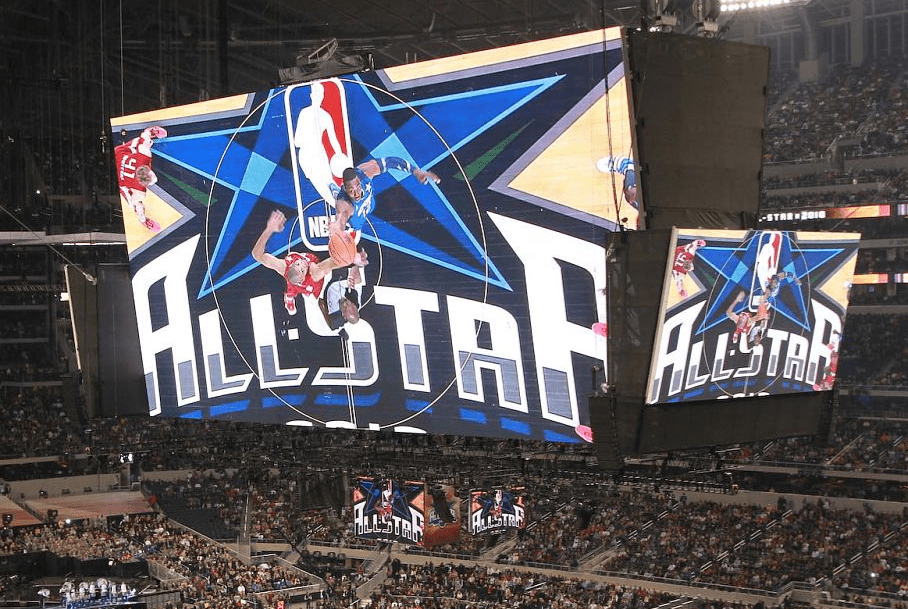 When it comes down to it, the NBA All-Star Game is all about the fans. It has no tangible bearing on anything during the season or postseason (like baseball). Sometimes, though, the fans make some… interesting decisions.

Voting is closed for this year’s All-Star Game – the starters have been announce and the reserves chosen – but here’s a look at some head-scratchers of the last 25 years, in retrospect.

Bryant made his triumphant return from an Achilles tendon tear in 2013-14, playing six games in December and averaging a modest stat-line over those nine days. And that was it for him. He fractured his knee and shut it down for the rest of the season. But the turnout of Bryant fans is about as inevitable as death and taxes. (And probably hated just as much.) Bryant relinquished the spot on the team he couldn’t fill, making way for James Harden in the starting lineup and Anthony Davis at the end of the bench.

Bynum started as the Western Conference center in the last year before the league decided to conflate the forward and center spots in favor of the current “frontcourt” designation. In retrospect, his selection serves as a reminder that there was a point in time when Bynum was reasonably considered by many to be the best center in the league, or well on his way. Two years later he was out of the league after being cut by two teams in the same season.

Ming played five games in the 2010-11 season, which would end up being his last in the league. More on him in minute.

With the legion of devoted fans Iverson has, they’d probably have voted him in when he was playing in Turkey, if it was possible. Nonetheless, Iverson capped off a storied career with one last All-Star appearance, on the back of his 14 point, three rebound per night averages adoring fans.

He was arguably the best center in the game at the time. He earned the starting spot. But he won the most votes that year, and, in retrospect, it’s kind of amazing that a guy that was in the league from 2002 to, essentially, 2009 was at one point the most popular player in the world. Yet, he hasn’t really been part of the conversation since moving back to China. Granted, that’s where most of his fans are; the country made up of a couple billion people was largely responsible for his gaudy voting results

Wallace – yes, Ben Wallace – was the second-leading vote getter in the entire game; a game that featured the likes of Bryant, Iverson, Ming, Tracy McGrady, Kevin Garnett and Tim Duncan – all of whom received fewer votes. Wallace was riding the wave of the past two seasons, the best of his career. Stat-wise, though, Wallace’s first half of 2004 (9.7 points, 13.1 rebounds and 3.1 blocks) was probably worse than the previous two years. But he was by no means undeserving of some recognition. It’s still strange, though, especially considering the guys he beat out. I mean, could you imagine DeAndre Jordan getting more votes than everyone besides LeBron James this year?

One of the 90s’ best sharpshooters, though probably not well-known among younger fans today, Majerle was the leading vote-getter among West guards in ‘95. He beat out John Stockton and Gary Payton around the height of their careers, along with Tim Hardaway and Jason Kidd – and he did so with rather pedestrian numbers. (In his first 41 games, Majerle averaged 18 points a night on just-below-40-percent shooting from beyond the arc.)

The Bulls point guard got the second-most votes in the East, just behind his teammate Scottie Pippen. (Michael Jordan was off chasing curveballs that year.) Armstrong’s only All-Star Game appearance came on the back of his averages of 16.3 points and 4.1 assists in his first 41 games. Over that same span, Mark Price, who finished a couple spots below Armstrong in voting, averaged 18.4 points and 8.1 assists on 50 percent shooting.

Green was an unremarkable third wheel to this version of the Los Angeles Lakers, and squeezed into an All-Time All-Star Game powerhouse of a starting lineup featuring Magic Johnson, Stockton, James Worthy and Hakeem Olajuwon. Green got voted into the starting lineup over Karl Malone, who was the 1989 game’s MVP.

This one isn’t an undeserving head-scratcher so much as a 1989 NBA time capsule for someone like me, who’s younger than 30. I haven’t heard much, if anything, about Ellis, but he lit up the league for a few years in the 80s. He averaged 28 points on 50 percent shooting from the field and three in the first half of the ’88-’89 season. Ellis beat Hall of Famers Clyde Drexler, Chris Mullin, and Stockton in voting.

His 1989 selection would be the only one of his career. It supports the notion that All-Star selections do have some relevance. If Ellis wasn’t selected an All-Star starter – a well-deserved acknowledgement – it’s likely even fewer people would know of the mark he left on the NBA, if only for one season.