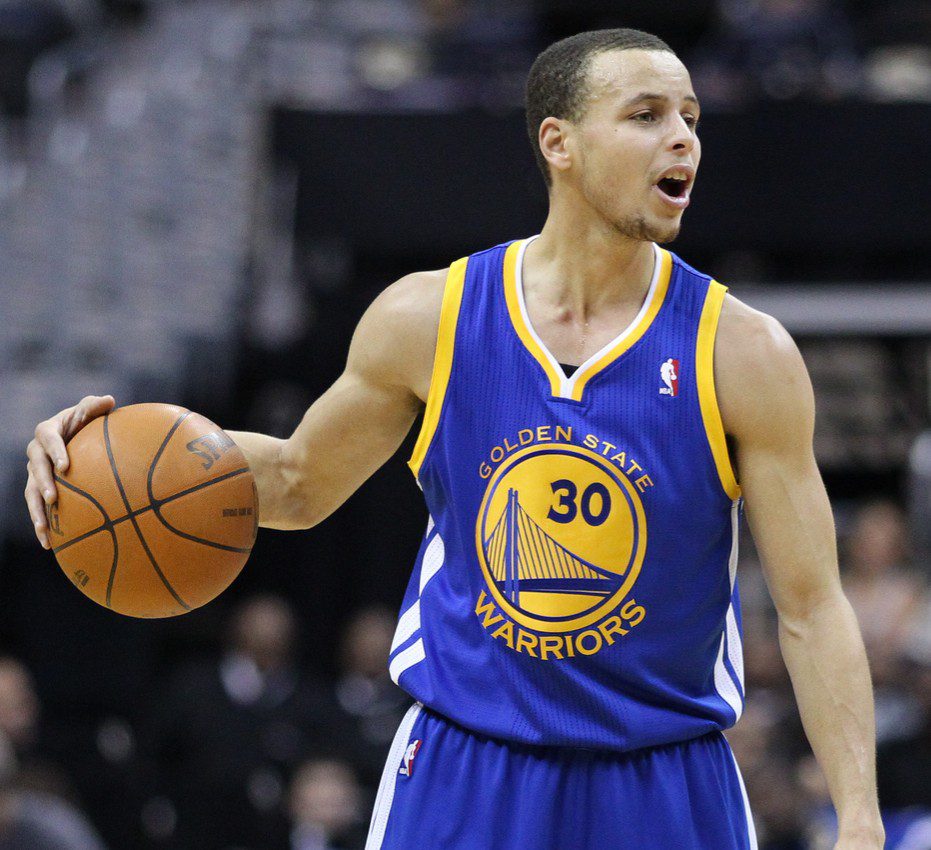 The only thing that could have helped the Dallas Mavericks on Wednesday evening during their stop at the Oracle Arena was if they decided to take on a battery charge by accosting the white-hot Stephen Curry and his Golden State Warriors with a fire extinguisher before doing away with the evidence. Even that might have not have helped, since all the blood on the floorboards happened to be the Mavericks’ bench after their 128-114 loss to the most dominate team in the entire league.

This dexterous ending almost didn’t seem possible during the first quarter, when Dallas head coach Rick Carlisle unleashed his starting lineup composed of Dirk Nowitzki, Chandler Parsons, Tyson Chandler, former Warrior Monta Ellis, and J.J. Barea, who had come in to play the 3 after Richard Jefferson’s knee went all Ray Rice on Dallas point guard Rajon Rondo’s face, rendering him out for a unspecified amount of time due to a swollen and bloody face that closely resembles the first 20 minutes of “Saving Private Ryan”. They faced Golden State’s head coach Steve Kerr’s deadly lineup of Curry, Klay Thompson, Harrison Barnes, Draymond Green, and Andrew Bogut. Parsons opened up the game for the visitors with an impressive fadeaway, and didn’t bother looking back the entire quarter when his Mavericks scored a season-high 42 points during the first 12 ticks of the game as opposed to the Warriors measly 25. 22 of those points were scored in the paint for Dallas, as they shot 65 percent overall and 43 percent from the three-point line while the Dubs scored 43 percent overall and 63 percent from the three, an odd dyslexic take from Golden State’s perspective.

Then, as history would have it, either the Mavericks started doing shots of moonshine and absinthe right before the second quarter, or someone simply lit a fire under the Warriors, who started closing the point-gap between them and Dallas, 47-38 with 7:05 remaining in the half. After Golden State’s 13-0 run was snapped by a lob from Barea to Tyson, Curry stepped in with a jumper and put his Warriors within five. If the Mavericks dominated the first quarter, the Warriors surely put on a golden shower – or something less gross – in the second by outworking the Mavs on the glass. Dallas narrowly held on to their 62-58 lead by intermission.

This is when Stephen Curry decided he was done toying with the visitors, and wanted to officially make them his bitch. Curry put up an impressive 26 points after the half, bringing his total to 41 for the game through three as the Warriors closed the quarter leading 101-98.

The Dubs started the final quarter by going on a 7-0 run as the Mavs played rather lethargically, their bench seemingly digging their own grave at a fast pace (the shovels were handed over to Raymond Felton and Charlie Villanueva who appeared to be playing with invisible blindfolds). The game slipped away from the Mavericks in the final four minutes regardless of getting within five points, thanks to Curry, who closed the game with an impressive 51 points.

Sigh. Look at it this way, Mavericks fans: They may be fatally brilliant on the court, may have found the best player in the league with Curry, but the Warriors still play in Oakland where they have to move in serpentine motion through the parking lot in order to successfully get to their cars unscathed. So you have that.

The Mavs look to bounce back when they take on the Sacramento Kings in a West Coast back-to-back on Thursday evening in Sacramento.