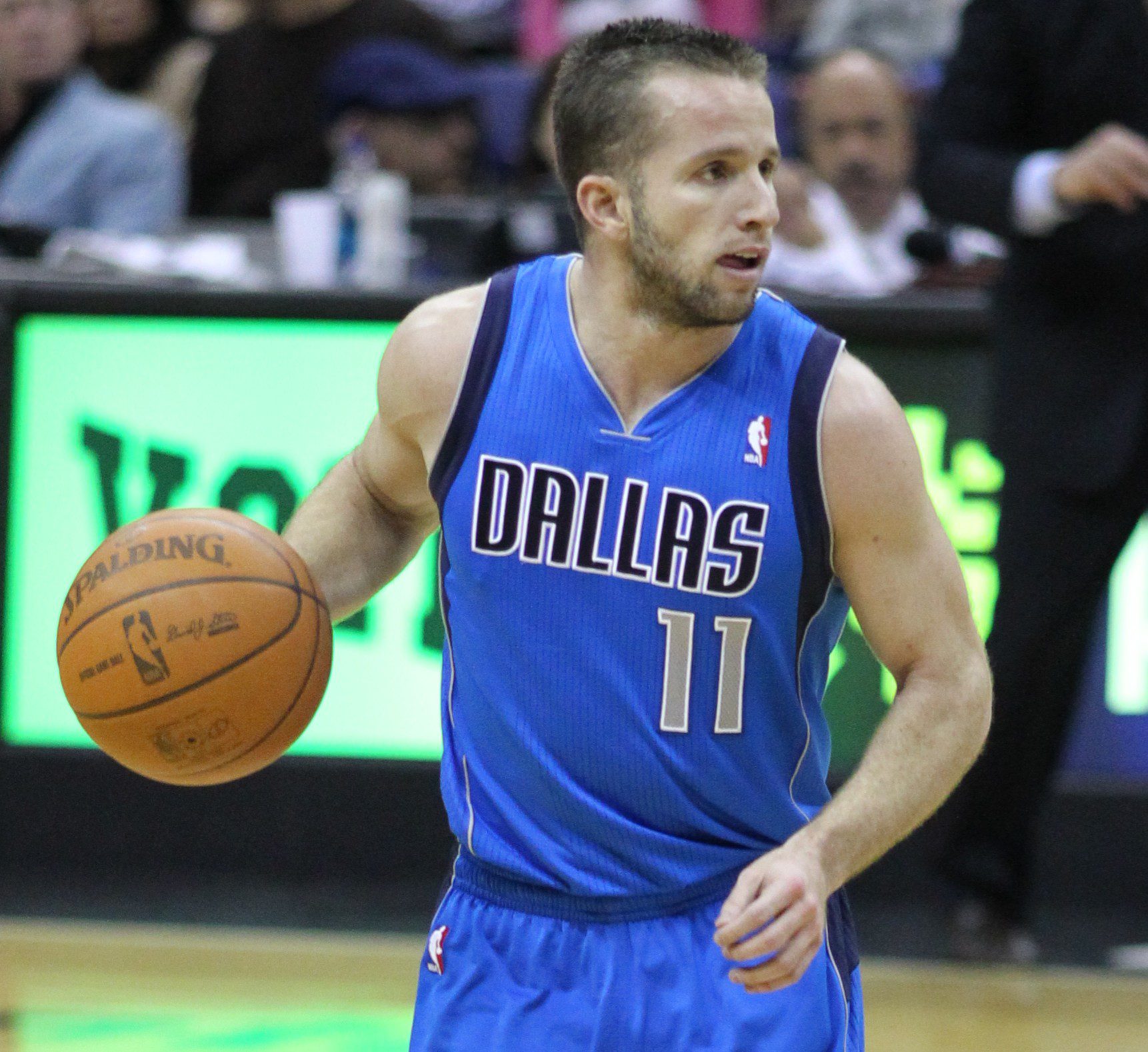 A collective gasp sounded inside the American Airlines Center on Monday evening when, in only the first quarter of their game against the visiting Los Angeles Clippers, Dallas Mavericks center Tyson Chandler landed awkwardly on his ankle and went down with a thud, shortly followed by Monta Ellis, who left the game with an injured hip. Their starting big and one of their best clutch players took to the locker room and left a fairly defenseless Mavericks to face one of the top teams in the Western Conference. After falling to the Clippers, the boys in blue knew they were (somewhat) in trouble. The only consolation was that the team Dallas had left to face in the first half of the season before the All-Star break was the ill-fated Utah Jazz with their record of 19-33, a fact so hideous, it resembled Rajon Rondo’s fractured face post Richard Jefferson‘s knee.

Some things never go as planned.

Prior to the game, the Mavericks signed former draft pick Bernard James, who just completed a season in China with the Shanghai Sharks, to a 10-day contract, and had him in a uniform and ready to go in time for tip off. Regardless of the injuries, Dallas remained optimistic that they would finish the first half with both a win and with Ellis, who was listed as a game-time decision, on the court. Both Carlisle and owner Mark Cuban were in such high spirits that they joked around with the media before the game. Cuban even addressed Charles Barkley’s recent opinionated argument on Inside the NBA, where he claimed that all analytic minded GMs – mainly Houston Rockets’ GM Daryl Morey who back-lashed against Barkley’s disdain for basketball analytics – have the same things in common: They never played the game and they never got the girl in high school, thus making them bitter. Cuban then confessed that he graduated high school a virgin.

Though the mood shifted to worrisome during the first quarter of the game, where both the Mavericks and the Jazz didn’t make a basket until 7:47 was left in the first quarter. Utah got on the board first, quickly followed by Dallas. So, much like Mark Cuban in his formative years, it took the Mavs forever to score. What would follow would a game that moved at a turtle pace. Seriously, a Mini Cooper coated in mud under eight feet of snow driven by Andy Reid moved at a faster pace than this particular game. Nevertheless, the Mavericks managed to edge out the whimpering Jazz, 87-82.

However, there were a couple standout performances, including James’ performance, and a white hot J.J. Barea, who has been taking on a majority of Rondo’s responsibilities with a graceful flow.

“He really got hot in pick and rolls, and we needed it,” Carlisle said of Barea’s season high 22-point game. “We struggled to score. They (Jazz) have turned into a great defensive team.”

“I don’t think straight,” Barea shrugged in the locker room following the win when asked about his offensive performance, especially during the third when he scored 15 of his over final total points. “It was great. My teammates were telling me to keep shooting. They kept giving me the ball and the ball just kept going in. I got going a little bit, but that was big for us in the third quarter.”

Given the fact that James had just gotten off a plane from China only a couple days prior, he closed the night with lingering thoughts of a possible future in Big D.

“Without him I don’t know if we would have been able to pull it out,” Carlisle said of James. “He had some points, he had some free throws, he had a big block down the stretch. It’s pretty clear to me, that after having this experience overseas where he is one of the main players, he’s got a different kind of air about him. He’s a lot more confident player. We need him, he’s gonna play minutes for us.”

A few restless points presented themselves in the win, though. Monta moved about gingerly and was 1-of-6 for seven points, but he displayed a fearless ease that was measured by his mind numbing strength as a player. Ellis wasn’t looking to break his now 219 consecutive games played, though he was far from thinking about that streak. “I just don’t like watching from the bench,” Ellis said postgame.

The team, especially Monta and Tyson, get some much needed rest during the All-Star break, sans Dirk Nowitzki, who was just named in place of an ailing Anthony Davis in the All-Star Game. Dirk poked fun at Chandler Parsons after the 26-year-old was asked about how much of the break he’ll use to improve his shooting.

“I’m-“ Parsons started before Dirk cut him off to answer the question himself.

“None,” the big guy said quickly.

Parsons laughed and facetiously agreed. “Are there basketball courts in Mexico?”