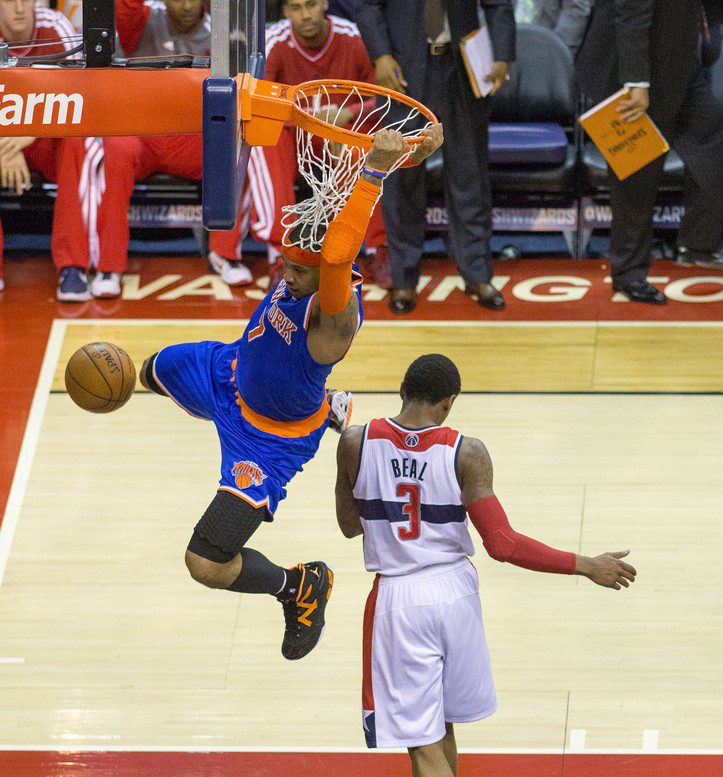 Speculation of Carmelo Anthony shutting it down for the season due to the New York Knicks’ dreadful record have been making headlines almost all season. It turns out, that is just about as long as Anthony has been playing with a partial tear in his knee.

Carmelo Anthony played most of the season with a partial tear of the left patellar tendon, The Post has learned.In new details, the debridement part of Thursday’s surgery was to clean out the calcium deposits that formed within the partial tear, so the tear could be repaired.

The likely recovery time for Carmelo is a four-to-six month timetable, which will keep him from participating in contact scrimmages until late in the summer.