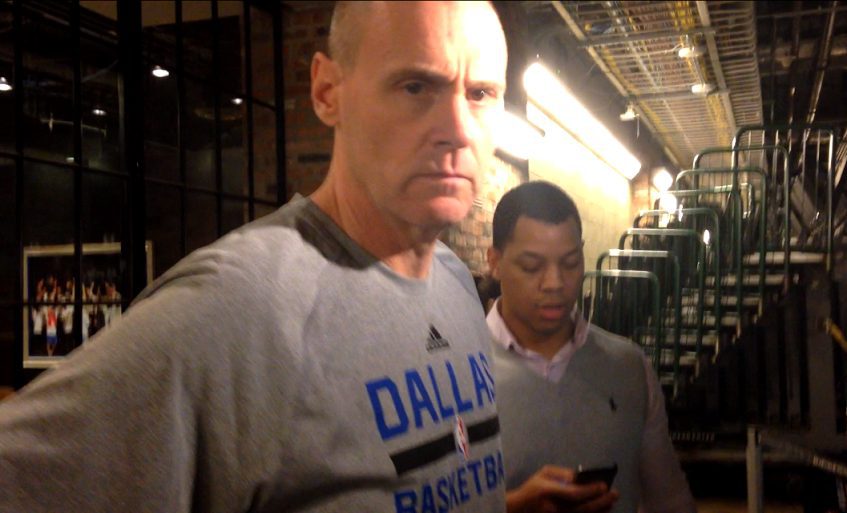 The mood was damp at the American Airlines Center the day following the Dallas Mavericks’ 98-92 loss to the Phoenix Suns, so it was most likely that you’d be able to read the disappointment limned out on Mavericks coach Rick Carlisle’s face as he emerged from the Mavs’ front office. “It’s cold out here,” he remarked about the unusually biting corridor of the event level as he stood in front of the press, head held high, facial expression void of traces from the previous night’s ashen mask.

Carlisle spoke to the media about the struggling defense during Phoenix’s game, Raymond Felton’s new role coming in for an ailing Devin Harris and J.J. Barea, especially against the upcoming game on Tuesday evening where the Mavericks look to take on the San Antonio Spurs. He also spoke of the pink elephant named Monta Ellis in the room.

“One thing that would help Monta, and everybody on our team, is more consistency on the defensive end,” Coach said. “When we get stops and rebounds that gets us in transition. Monta is one of the best transition players in the game – (Chandler) Parsons is (also) a very good transition player and (Rajon) Rondo in the fast break is one of the best in the league. But you just gotta get the stops first and that wasn’t happening early in the game – it got us in a hole and got us in a bit of a funk. So we gotta work to do better defensively and when we do that, our offensive challenges will dissipate.”