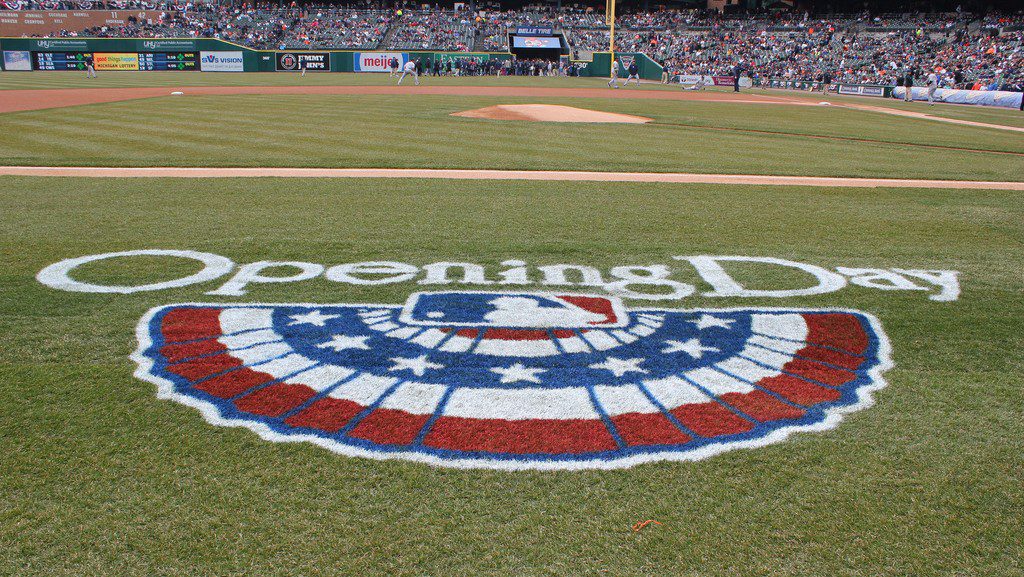 Image courtesy of A Healthier Michigan/Flickr.

Is there a better time to be a sports fan than springtime?

As the snow melts in some areas of the country and the temperatures rise, so does the excitement of professional sports. The NCAA Tournament brings the March Madness, Major League Baseball starts its regular season as the NHL and NBA prepare for their postseasons. It’s a present from the sports gods for enduring three weeks in February where I am forced to watch The X-Games and my wife’s favorite shows, both of which I enjoy very much (my wife reads every article I write, hi honey!).

As some animals awaken from hibernation so do the golfers for the Masters, the first golf major of the calendar year. This spring they must have heard our prayers loud and clear because they answered with Pacquiao vs Mayweather on May 2 and MMA fans are blessed with MacGregor vs Aldo at UFC 189 on July 11. Each event in each sport carry their own weight respectively, but 2015 seems to be going down one for the ages.

Full disclosure: I have been religiously tuning in to March Madness since I was 10. I can remember being a child sitting in my parents living room watching my father root for every underdog, no matter what the difference in seed was. My dad wholeheartedly believed that every 16-seed would knock off the top seed. Every. Single. Year. So this year’s tournament was certainly a treat for him, or any upset hunter. A No. 7-seed reached the Final Four. Two 14-seeds and an 11-seed made it out of the first round. The unbeatable Kentucky Wildcats lost, and a team in the Wisconsin Badgers that had not been to a finals game since 1941 finally made it back to the biggest dance of all. For the first time in a long time an ample amount of players improved their draft stock, rather than most years where players affect their value negatively. An all-around excellent tournament was capped off by an outstanding final game with Duke the victor, but if you’re looking for the player of the tournament seek no further than Wisconsin senior Frank Kaminsky.

As the fast-paced thrills of the tourney come to a close we can shift our attention to MLB Opening Day!

MLB officials put forth a serious effort in the offseason and during the winter meetings to speed up the pace of play in the game. While we won’t know until well after the All-Star break if the rule changes have worked, one can certainly speculate. With a new commissioner and adapting rules, Major League Baseball is hoping to gain new fans as well as the fans who left due to unbearable game times. That’s uncharted territory for a sport that 25-years ago was “America’s Pastime”. With the U.S. and Cuba settling their differences as countries, it benefits baseball fans greatly. The talent pool in Cuba that has gone almost untapped aside from “defectors” such as Los Angeles Dodgers right fielder Yasiel Puig and Cincinnati Reds pitcher Aroldis Chapman. So there are clearly many things to pay attention to baseball for this season because it is an imperative year for the sport.

While baseball begins, the NHL and NBA are gearing up got postseason play. It’s a wonderful time of year where the late-blooming teams make a final push to the playoffs. Familiar hockey faces such as the Los Angeles Kings and the Boston Bruins that are normally top seeds are limping into the postseason, if they are to make it at all. Meanwhile, the NBA is going through a figurative passing of the torch with younger players like Damian Lillard and Anthony Davis coming to the forefront of stardom for the league. Not to be forgotten, the history being created by the backcourt duo of the Golden State Warriors. Far from the minds of writers, analysts, and fans is the ever consistent and always relevant San Antonio Spurs, who yet again are the hottest team in the league heading into the playoffs. Flip-flopping powerhouses in the NHL and new faces rising to claim the massive spotlight cast by the NBA only add jubilation to what is already shaping up to be the best sports spring in recent memory.

If this was a dinner we would be nearing dessert, so I hope you saved some room because thanks to the spring season it only gets tastier. Tiger Woods is back into the swing of things just in time for the biggest event in professional golf, the Masters. If he gets another green jacket upon his return from a two-month hiatus it would be monumental for the ever continuing restoration of his legacy, while fighting off the No. 1 player in the world, Rory Mcilroy, who  is looking for his fourth-straight major win in a row, thus completing his career grand slam. Most definitely this is an exciting time for a sport the is not always the most exciting to watch.

All of that juicy sport smorgasbord is only the month of April. Once we hit the second day of May boxing titans will collide in a clash of the century.  Mayweather-Pacquiao is sure to live up to all the hype and more. The ultimate clash of styles. The butterfly versus the bee.  Every boxing cliché I can come up with is actually true in this fight. The hard-hitting, brawling tornado that is Manny Pacquiao against the calm, calculated assassin Floyd Mayweather. The most anticipated boxing match since Rocky Balboa vs Apollo Creed, I cannot think of any fight with such similar comparisons than that fictional brawl. So stay tuned, the $100.00 pay-per-view price might be more reasonable than previously considered. Due to Pacquiao’s willingness to brawl and bring the fight to Mayweather, who for the first time in his boxing life will be forced to go blow-for-blow. Something he has never had to do throughout his flawless boxing career.

Styles make fight folks. But if it isn’t boxing that tickles your fancy the UFC has you covered.

Dana White and his mega stars, Jose Aldo and Connor MacGregor have just finished a world tour promoting UFC 189, the matchup of the loud Irishman against the savage Brazilian champion. The lightweight division of the UFC is loaded with talent and its poster boys will enter the octagon in the beginning of July for arguably the biggest, most viewed fight in the sports history. UFC 189 has two title fights, Nate Diaz cutting to his original welterweight and Mike “Quick” Swick will be returning from a two-year absence to fight an up-and-coming Alex Garcia. Easily the biggest PPV event the UFC has ever hosted.  The Mandalay Bay Casino and Resort will be exploding with cheers and applause the night of July 11.

As you see sports fans springtime is the most influential time of year in sports. It’s when dad’s bring kids to baseball games and buddies get together at a bar to witness fighting history. It’s a time when the snow melts to expose blooming flowers and the will of borderline playoff teams. A time when the NFL Draft is near.

For me it doesn’t get any better than this!

If this is old news to you then spread the word to people who haven’t immersed themselves with sports as you or I have.  Open someone’s eyes to the wonderful world of competition and tournaments that springtime has to offer. If you’re strictly a hockey fan or a basketball fan, watch some baseball. If you’re sick of boxing and new to MMA, watch UFC 189 and if you’re sick of the UFC watch the Masters. There is no excuse to not be completely entrenched with sports this time of year, there is something for everyone. So enjoy this spring in sports for it could be a historic one!