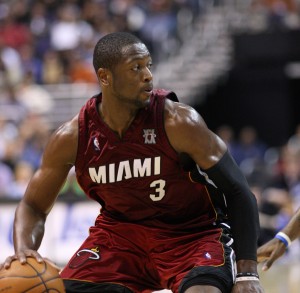 Dwyane Wade made sure his decision wouldn’t get in the way of LeBron James on Sunday night. And his contract status apparently won’t be decided this month, either.

While the Miami Heat guard served as a guest analyst on ABC’s coverage of Sunday’s NBA Finals Game between the Cleveland Cavaliers and Golden State Warriors, he deferred talk of his impending option deadline.

“Well, listen, it’s summer time,” Wade said when asked about his contract. “So when summer time and free agency [come together], it’s going to be a lot of talk. And right now, I’m glad that the Finals is going and we’re here.

“And we’ll worry about that in July. Right now, we’re going to focus on these Finals.”