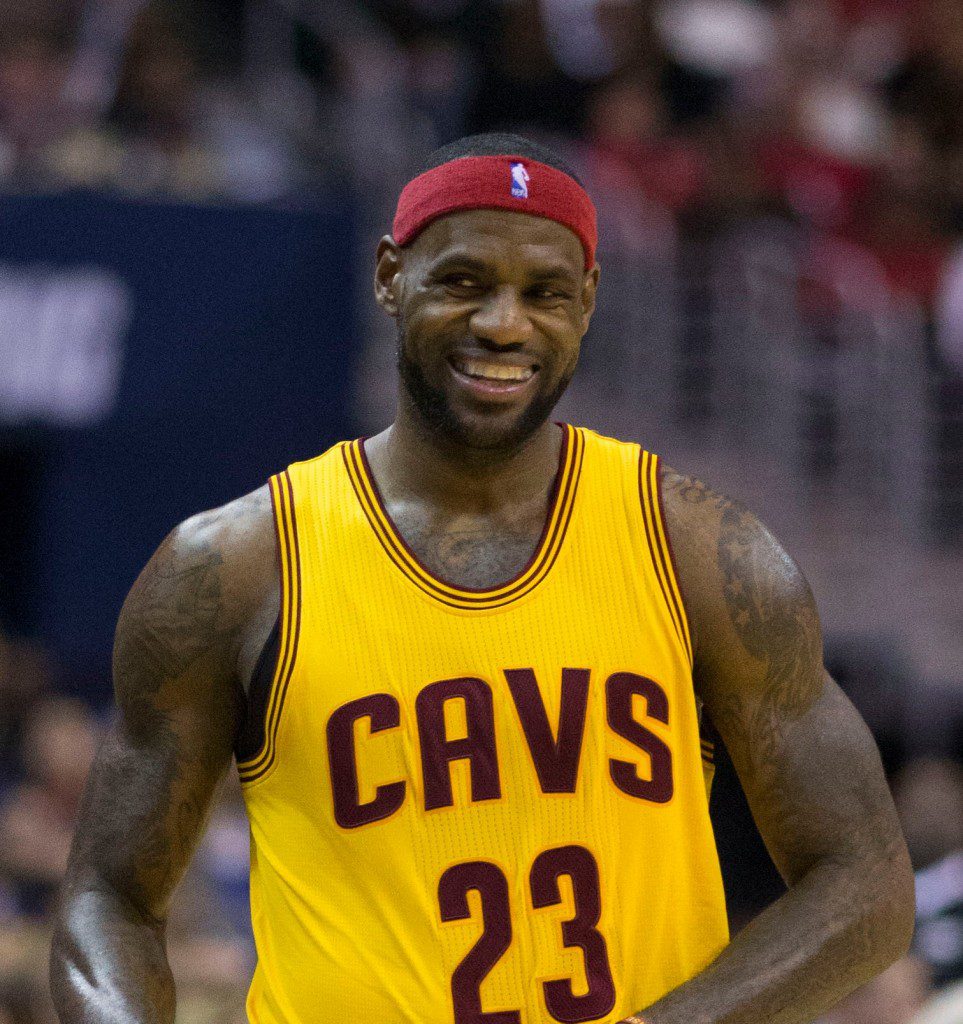 First things first: I don’t have any sources. I don’t have any sort of insider information. I’ve never claimed to be a basketball expert either. What I am is someone who cares way too much about the NBA. Maybe more important than that, I’m someone who has paid an unhealthy amount of attention to the career of LeBron James. Thanks to the miracle of NBA League Pass, I’ve probably watched 700 of the 757 regular season and postseason games LeBron has played since the 2007 NBA Playoffs. For someone who isn’t really plugged into this kind of situation, I like to think I’m pretty plugged in.

Take LeBron’s return to Cleveland, for example. After the Miami Heat won the 2013 NBA Title, I told a few family members and friends that in the summer of 2014 LeBron would be returning to the Cleveland Cavaliers. I had absolutely nothing to go on to make this prediction. It was just a gut feeling in regards to the mindset of the world’s most polarizing athlete.

(Okay, the here’s the long version of that story: On the night of the 2013 NBA Draft, I told my cousins Pauley and Gianni that after the Miami Heat lost to the San Antonio Spurs in the 2014 NBA Finals AND after the Cavaliers drafted Andrew Wiggins with the No. 1 overall  pick in the 2014 NBA Draft, LeBron James would take his talents back home to Cleveland. I was this close to forecasting the entire Summer of 2014 right down to the very last detail.)

So naturally, when LeBron mentioned “other motivation” for winning an NBA Title after the Cavaliers won Game 2 at Golden State, my interest and the interest of every fan and pseudo-fan was through the roof. What exactly could LeBron be talking about, and why wasn’t he ready to discuss it?

I’ve already gone on record not once:

Prediction: LeBron retires after the season

I'll tweet it again: I think LeBron will retire if the Cavs win the #NBAFinals #secretmotivation

And one more time, I’ll go on record and say that if the Cleveland Cavaliers win the NBA Title, LeBron James will retire from the NBA.

We’re still two Cavaliers victories away from seeing a professional sports title come to Cleveland in over half of a century, so maybe making this prediction is jumping the gun, but everybody is voicing their take on the “secret motivation” of LeBron James, so I figured I might as well join the party.

I’m coming to the party with a prediction that probably seems a little drastic, but I’d rather go down swinging with a suggestion that seems almost unthinkable than one that details a motivation that is hardly a secret. Some have suggested that LeBron’s secret motivation is his strong desire to win a title for the city of Cleveland and Northeast Ohio. This is hardly a secret, though. He acknowledged that fact in his Sports Illustrated letter last July that let everyone know he was returning home:

“My goal is still to win as many titles as possible, no question. But what’s most important for me is bringing one trophy back to Northeast Ohio.”

Unless LeBron is just trying to stir up some more intrigue for the series (we probably can’t totally rule this out), this isn’t it. The other popular theory is that LeBron’s secret motivation could be that he feels slighted that he wasn’t named NBA MVP this season; the belief is that there is some sort of chip on his shoulder in this series since his Cavaliers are facing the league’s MVP, Stephen Curry. But again, this is an issue that LeBron has been, or at least was open to talking about with his former teammate Dwyane Wade after Game 3. Fast forward to the 4:30 mark in the following clip to see what I’m talking about:

LeBron came right out and said “I can’t say I was happy about finishing third, but I didn’t need that extra motivation to put myself in this position today.” So now we’re 0-2, and impending retirement isn’t looking so crazy after all. All I know is this:

In twelve seasons LeBron has logged 43,198 minutes of regular season and postseason action. He’s played the 59th most minutes ever in the regular season and he’s 11th in Playoff minutes (only 45 minutes behind MJ). It’s not like he has a ton of miles left on those legs. In the last five regular and postseasons alone LeBron has played 18,001 minutes. That is fudging absurd. Maybe he’s wearing down. Maybe he knows his time at the top of the league is limited, because how many more miles can he put on his odometer before he starts to slow down?

LeBron isn’t slowing down yet, and he has the Cavs two victories away from a borderline improbable Finals upset. In some ways, six titles don’t mean as much as this one in Cleveland would. If LeBron won the next five NBA Titles there still would be some who wouldn’t relent on their “Jordan is the greatest and that’s just the way it is,” stance. But if LeBron goes out at the peak of his powers, capping off a third NBA Title with an absolute tour de force individual performance that could go down as the greatest in NBA history, then his legacy takes on a whole new dimension.

“I hope we win so I can tell y’all.” LeBron said this to reporters after Game 3 when pressed about what this secret motivation was. To me it sounds like a guy who is planning on going out on top. And not just the top of the league; the top of the entire sports landscape. He’d go out higher than Russell did in 1969 and higher than Jordan did in 1993, 1998 and definitely 2003. He would be immortalized in a similar way that every other athlete who could be considered for G.O.A.T. status has been. He’d be the catalyst and central figure of one of the greatest sports AND redemption stories ever told.