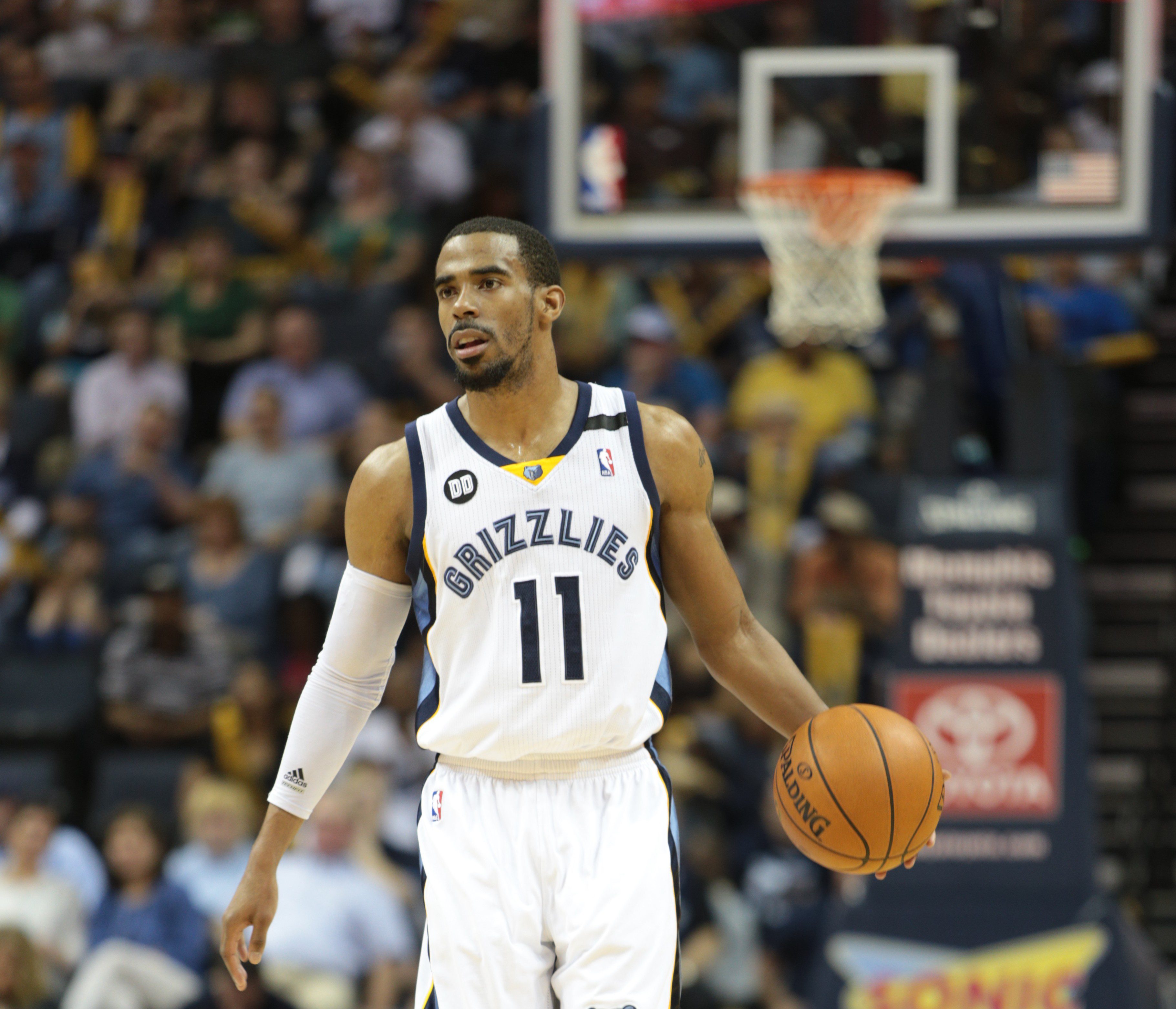 As a former high school point guard, one who was told by just about every close friend and family member that I needed to play with more of a “score-first mentality”, I have a soft spot for someone like Memphis Grizzlies point guard Mike Conley. Conley is an old-school point guard who plays for an old-school team and calmly competes with an old-school gritty toughness that is endearing. It’s not like other point guards in the league aren’t likeable or watchable; hell, if you’re going to ask me who is more fun to watch, Russell Westbrook or Mike Conley, I’m going with Westbrook every single time. That doesn’t mean Conley, a true throwback to pass-first point guards of the old days, isn’t enjoyable or effective.

One of the best NBA-related pieces I read over the last year was a Jonathan Abrams Grantland feature on Mike Conley, who discussed his path to the NBA, how he thinks about the game, how he goes about playing the point guard position, and how he keeps everyone on the floor involved and happy. It was enlightening to hear a point guard talk exactly about how point guards are “supposed” to play. Check out this quote from Conley:

“It’s almost like you have a clock in your head,” Conley said. “I have a clock in my head for Zach. For Marc. For Courtney [Lee]. For anybody on the court. There’s guys that don’t need to play with the ball. Tony Allen doesn’t need to have the ball to be effective. I say, ‘Zach needs to get the ball. He’s working very hard on the defensive end and on the offensive end.’ And I can feel four minutes go by, Zach hasn’t had the ball and I can see it. He’s starting to get a little antsy. OK, now it’s time to bang it in to him four straight trips to see if he can get something going.”

It’s fair to say that there are other point guards in the league play with that same kind of clock in their head. Actually, this isn’t exclusively a point guard thing. Some people just have an understanding of how to play the team game of basketball. They recognize who is busting their ass on defense, running the floor, setting screens, and being unselfish, and in turn, they should be set up for an easy look. They recognize what players need the ball to stay engaged on the other end and are always looking to exploit the most advantageous matchup. It’s guys like that who are more fun to play with at every level of basketball; elementary school, varsity level, college, pick-up games and in the NBA. Some of the most talented basketball players in the world never full grasp this. Conversely, some guys who aren’t as naturally gifted elevate themselves because they can see the big picture.

Conley is one of those guys. He’s undersized and not a particularly great athlete if you’re comparing him to point guard counterparts like John Wall, Russell Westbrook, Eric Bledsoe, and others. There isn’t one particular area of his game that stands out and you’ll be hard-pressed to find a ten minute long Mike Conley highlight video on YouTube like you could of Stephen Curry, Chris Paul or Kyrie Irving. But that’s not Conley’s reputation. You aren’t going to find many highlight videos of Conley running a textbook pick and roll, knocking down ambidextrous floaters or staying in front of his man defensively. Those are the areas where Conley excels; the basic fundamentals of the game.

If you are looking for a Conley highlight video, I have one you might find useful. It’s from Game 2 of the 2015 Western Conference Semi-Finals, when the Grizzlies handed the Warriors their third home loss of the year on the back of Conley, who scored 22 points and delivered big time down the stretch, all while playing with plantar fasciitis and a broken god damn face. His freaking face was broken.

The sad truth is Conley will probably remain universally underappreciated by casual basketball fans. In the loaded Western Conference it’s hard to imagine that the Grizzlies could make a run to the Finals, and Conley will never be more exciting than he is right now. But Conley will remain an efficient, low turnover, in control presence for a contender that has been knocking on the door for half of a decade now.