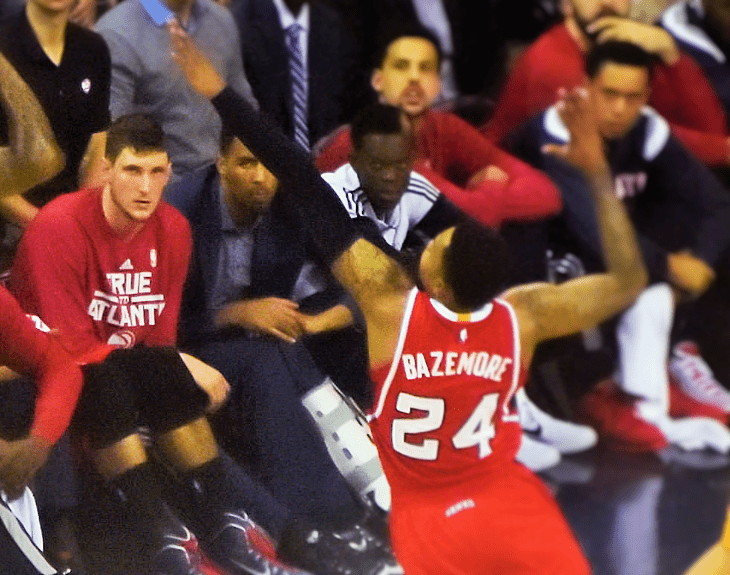 The Atlanta Hawks have had a rough four-game stretch.

After losing their first game of the season, the Hawks got hot and ran off eight-straight wins, only to fall back down to earth and drop three out of their last four games.

Their the most recent loss came in the form of heart-breaker to the Utah Jazz, 97-96.

Derrick Favors led the Jazz to the win with an 23-point outing. Rodney Hood chipped in 20 points to help the Jazz end a three-game skid.

Hawks All-Star, Paul Millsap, had a season-high 28 points. He also had two chances to win the game for the Hawks, but his missed a three -pointer and tossed up jumper that found nothing but iron.

The Hawks were without their second leading scorer, Jeff Teague, as he sat out with a minor ankle injury. Teague was replaced by Dennis Schroder in the starting lineup, scoring 11 points to go with nine assists.

Al Horford and Kent Bazemore chipped in 16 points each in a losing effort.

Atlanta travels to NYC next to take on the Brooklyn Nets.

Twelve games in and we have yet to see Tim Hardaway Jr. He did suit up, but he has yet to log a single minute of game action.