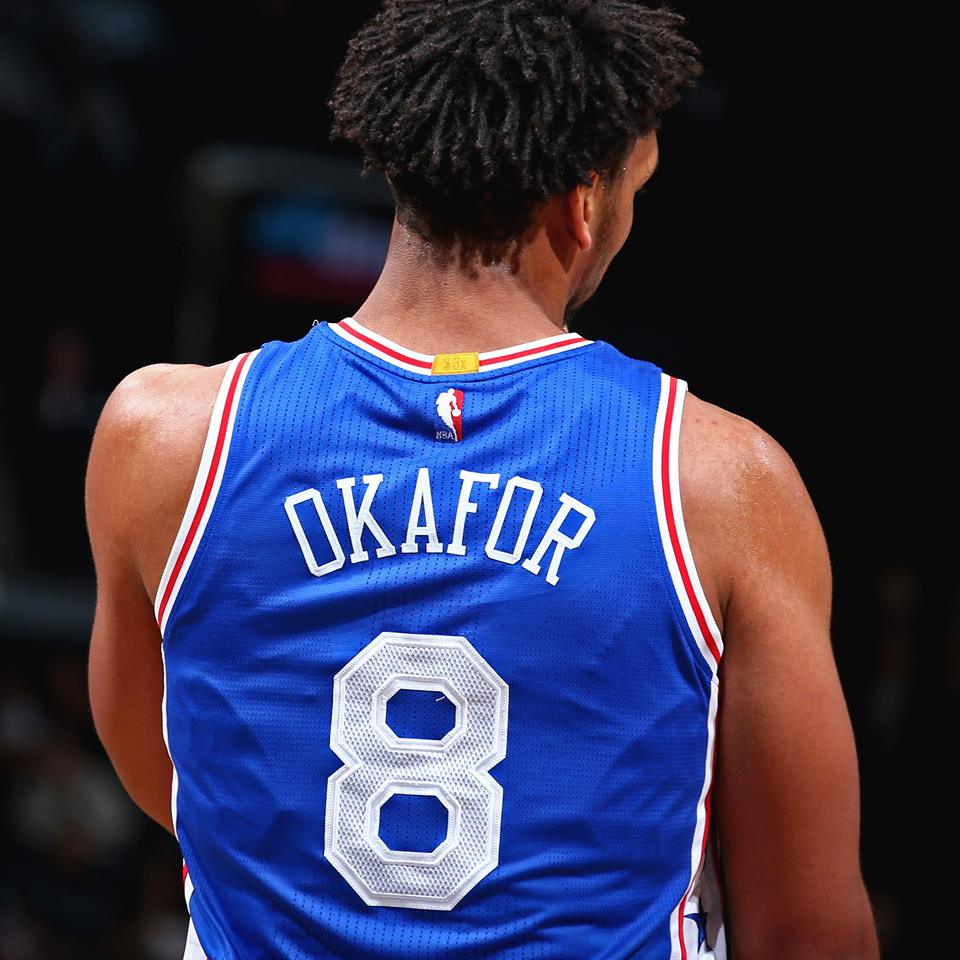 Led by Marc Gasol’s 18 points and a double-double from Matt Barnes (12 pts, 10 reb) the Memphis Grizzlies defeated the turnover prone Philadelphia 76ers 104-90 on Tuesday night at the Wells Fargo Center. With Philly leading 16-14 early in the 1st quarter, the Sixers committed three consecutive ill advised passes, which sparked a 15-2 run that helped Memphis take an eight point lead after one period of play. In the 2nd, the 76ers were able to regain the momentum with stifling defense that held the Grizzlies without a field goal for over five minutes of action and a steady offensive flow that produced a 9-0 run allowing the Sixers to take a 42-40 lead midway through the quarter. Despite a strong 2nd quarter, Philadelphia trailed by six (53-47) at the half as they committed 12 turnovers leading to 18 points for the Grizzlies. Hollis Thompson led Sixers with 11 points on 3-5 shooting from beyond the arc, while Memphis’ “Big 3” (Mike Conley, Marc Gasol, Zach Randolph) combined to for 30 points on 11-25 from the field.

In the second half, Memphis would put the game away for good as they used an 18-9 run in the 3rd quarter, as well as a 12-3 stretch in the 4th to extend the lead to as much as 20 (89-69). The Sixers would fight back with a 10-2 run that cut the Grizzlies lead to 12, but it was not enough as Philly committed eight 4th quarter turnovers that ended their comeback efforts. For the game, the Grizzlies converted on 47.1 percent of their field goal attempts and 33.3 percent of their three-pointers, only slightly better than the Sixers who shot 47.0 percent from the field and 30.4 percent from three. Again, the biggest difference was the turnover margin as the 76ers, who lead the NBA in turnovers per game (17.3), committed 28 blunders that led to 36 points for the Grizzlies.

Battle of the Big Men
After being held to only nine points (3-11 FG) in their first matchup of the season, Jahlil Okafor was in attack mode Tuesday night, scoring 18 points on 8-12 shooting against Marc Gasol, the 2013 NBA Defensive Player of the Year. Oakfor, who leads all rookies with 17.6 points per game, was able to do what ninety percent of the league’s centers cannot, and that is match Gasol’s versatility, footwork and strength. On multiple occasions, Okafor was able to use his advanced ball handling skills to get Gasol off balance as he pulled up for midrange jump shots and was even able to overpower the 7’1, 265 pound Spaniard on drives to the rim for easy buckets.

Gasol wasn’t too shabby himself, registering 19 points (7-15 FG) on an array of midrange jumpers over the younger Okafor. Head coach, Brett Brown, told reporters before the game that he’d love to see Okafor emulate his game after Gasol, saying “I think there’s lessons to be learned from Marc on how he combines high post and low post. I’m convinced that is Jahlil’s future.” While Okafor does have a superior offensive skill set, the one thing separating him from Gasol is his inability to defend. Though steadily improving, Okafor is slow laterally, especially off of the pick and roll, which often makes him a liability off of switches and drives to the basket.

Hollis Thompson
Averaging only 6.8 points per game on 35.4 percent from the field in the month of December, Hollis broke out for 16 points (6-9 FG) in 27 minutes off the bench against the Grizzlies. It was only his second time scoring in double figures over the past ten games. Aside from Hollis, who went 4-6 from three point range, the Sixers struggled from beyond the arc, shooting a dismal 17.6 percent (3-17) as the rest of Philly’s second unit missed all five of their three point attempts.

A Work in Progress
Trying to find his groove after being sidelined for nearly ten months with a torn ACL, Tony Wroten’s comeback tour hasn’t gone as smoothly as planned. Against the Grizzlies, Wroten had the displeasure of being hounded by Tony “FIRST TEAM ALL-DEFENSE” Allen, and was limited to seven points on 2-9 shooting, including five turnovers in 29 minutes. Since returning from injury, Wroten has really struggled to score the ball averaging only 8.4 points per game shooting a woeful 33.8 percent from the field, 17.6 percent from three and 54.1 percent from the free throw line.

Game Notes
• Kendall Marshall – DNP (Right Knee Rest)
• The 76ers have lost their past eleven games by an average of 17.5 points.
• Skylar Ortiz, the granddaughter of Sixers legend, Billy Cunningham, performed the National Anthem before the game.
• The Sixers travel to Milwaukee to take on the Bucks tomorrow night at 8:00 PM.