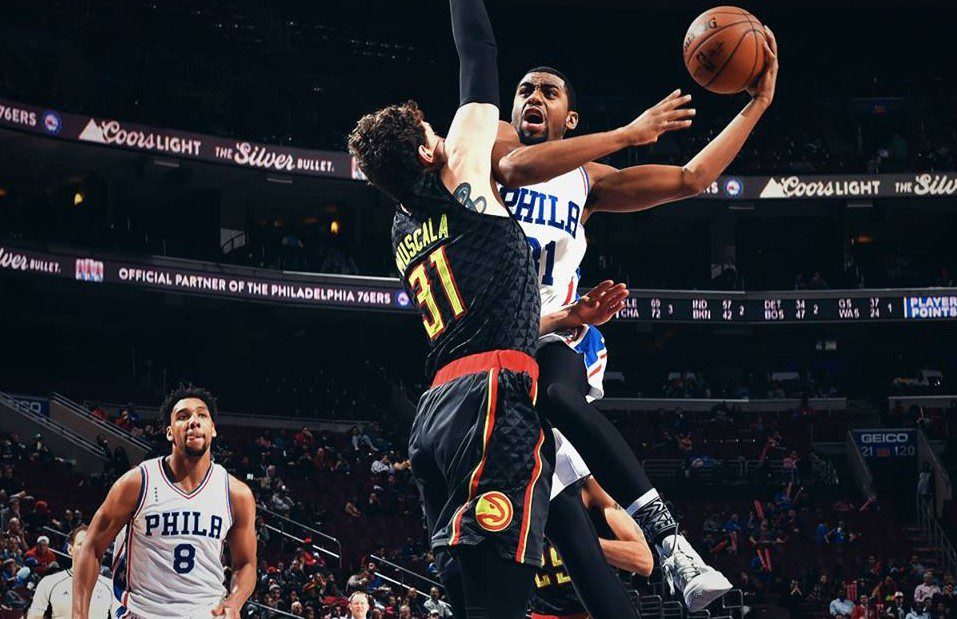 A collection of post-game comments following the Philadelphia 76ers loss to the Atlanta Hawks:

“We don’t have many answers for them. I think the common denominator is turnovers, but we don’t have many answers for them. I feel like we just didn’t come out with much energy on both sides of the ball. I don’t think anyone really played that well. We got [the deficit] to 11. Nerlens was on foul trouble, so I ended up taking him out and going with Carl Landry towards the end of the 3rd. Just as a group, we didn’t have much [energy] tonight.”

Ish Smith
On the Atlanta Hawks:

“They move the ball. They attack. Paul [Millsap], Jeff [Teague], all those guys play well together. They move the ball well. They’ve had our number twice, I guess, all three times this season; twice since I’ve been here. It wasn’t pretty.”

“Our whole coaching staff put together a great scheme. You just have to go out there and execute. They move the ball really, really well. They do good to great. They pass up good shots for great shots. They’re really well schooled and whether it’s 28 or 36 assists, you’re not going to beat a team with that many assists.”

“I’m going to have to go back and look at the film because I really don’t know how. They were really good with their hands. They were physical defensively and we just threw the ball all over the gym. That’s attributed to me. You have to bring it every night and I feel like it starts with me. I didn’t do a good job of playing too well. I think I had like two or three turnovers. Regardless of how many turnovers I had, it was one too many. That kind of sets the tone. They did a great job [defensively] by physically getting into us and we turned the ball over a lot tonight.”

On bouncing back after the blowout loss:

On the intensity level:
“I don’t feel like we had as much energy, but I think it was really all just mental mistakes. Just making careless passes, turning the ball over and when you put yourself in a hole like that it starts getting harder to dig out of it. Atlanta is a veteran team that knows how to capitalize on that.”

On what went wrong:

“It’s the trust factor. You have to know that the guys behind you have your back. Tonight, I don’t think we trusted each other as much. We didn’t do our assignments in knowing [Atlanta’s] personnel and getting out on the shooters. They had way too many wide open shots. Like I said, the turnovers killed us. That turned into easy offense for them.”

On getting in early foul trouble:

“I should have done a better job of being more assertive on the defensive end and not gambling [for steals]. A couple of times I did. But I think we’ll bounce back. It was a mental mistake and I’ll do better next time. I don’t think we came out with as much mental focus. It doesn’t matter who we’re playing; the Hawks or the Warriors. Regardless, they’re NBA players that get paid just like we do. We just have to really lock in [mentally] and take care of the game plan.”