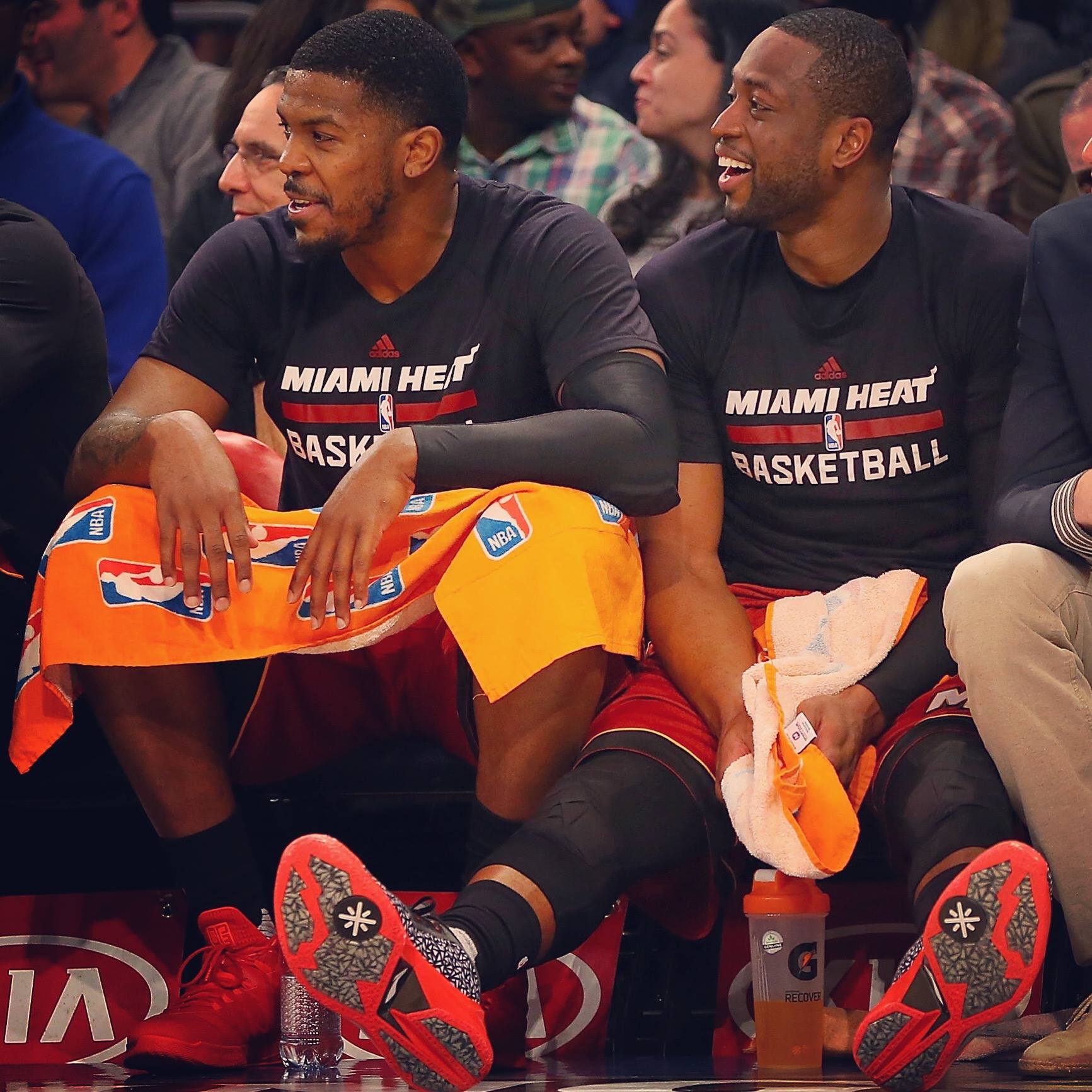 Image courtesy of the Miami Heat/Facebook.

He [Joe Johnson] has found a formula to stay in top condition, taking up hot yoga on the suggestion of a Hawks trainer in 2008 to treat knee tendinitis and Achilles’ trouble, and to improve his flexibility. He switched to Bikram Yoga later, religiously finding places to participate on the road, and “I really think it saved my career, honestly.”

That career has included 19,187 regular-season points and 87 playoff appearances and nearly $200 million in earnings. But he has never won a conference finals, let alone an NBA Finals. He believes “we’ve got just as great a chance as anyone else,” with “a great mixture of older guys and younger guys,” and the veterans like himself willing to sacrifice whatever is required.

“We’ve had our fun in the sun, so to speak, averaging 20, 25, 26 points a night, Dwyane Wade 30-points a game,” Johnson said. “Shoot, for me, I’m just blessed to still be playing this game and not be bogged down with injuries. I cherish every minute I can step out on the court. Fifteen years, not a lot of guys can say that.”