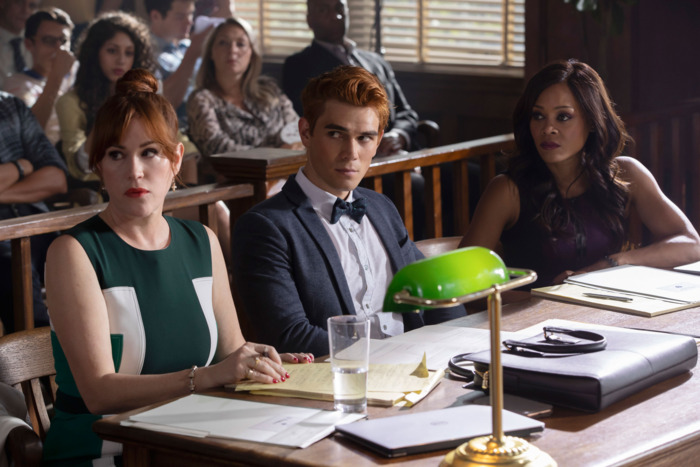 Riverdale season 3 premiered this week and everyone looked amazing.  The summer outfits debuted in this episode were all on point and many were downright breathtaking.

Aesthetically the show came back in full force. The story and character stuff in the premiere wasn’t bad either. The biggest strength of this episode was that the core four were all friends and all of their emotional needs were clear. The episode included larger than life plots. Archie Andrews was on trial for murder. Betty Cooper’s mother and sister joined a cult. Jughead Jones continued leading a gang war. But, the way those stories were handled was mercifully simple and clear. There was real emotional resonance to this episode that most of last season lacked.

In one scene, everyone attended a pool party. Despite the looming stress everyone was dealing with, they relaxed and discussed relationships and school activities. As Archie and Reggie Mantle tossed a football back and forth, Archie said it was time to close this dark chapter. The sequence felt like it could be a signal to the audience that the show would reel it in and try to remember that these are high schoolers.

The very end of this episode definitely said otherwise. Jughead discovered that Dilton Doiley was murdered, possibly by a monster summoned by a Dungeons & Dragons game. I’m not sure if this plotline is homaging Stranger Things or just homaging whatever Stranger Things was homaging. Either way feels a little bit exhausting. Meanwhile, Betty witnessed Alice Cooper and Polly Cooper making Polly’s baby twins float above a fire.

So, two different plots contained fantastical elements. Since Riverdale is set in the same world as its spinoff Chilling Adventures of Sabrina, this isn’t completely out of nowhere. But, I’m still guessing that at most only one of these plots will actually be paranormal. Betty was abusing drugs (or taking her medication properly, this show really hates being clear about Betty’s need for prescription drugs) and passed out shortly after what she witnessed, so it will most likely turn out to be a hallucination.

As for the Dungeons & Dragons plot, I have no idea what’s in store. The most fun part of that plot was Dilton’s actual character. If we’re just watching Jughead pick up the pieces, I’m not sure what it has to offer. This story feels a little off for Riverdale, but at least it’s linked to an actual activity that high schoolers engage in. I’d take that over mafia stuff.

Overall, the Riverdale premiere felt right. While it contained huge splashy moments peppered throughout, the actual story turns felt grounded in real, understandable emotions. At the risk of being overly optimistic, it could be the start of an enjoyable and balanced season.