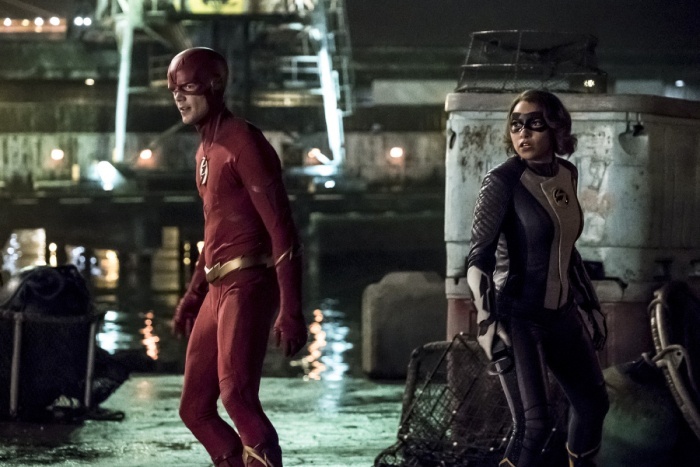 This week’s episode of The Flash season 5 was serviceable but lifeless. It felt like the episode was just killing time until the final scene. The ending revealed that this season’s villain is “Cicada.” That’s the kind of reveal that comic book shows always think is more interesting than it is.

The main plot involved a villain whose power is to turn people into dense blocks. With a boring meta-of-the-week, this episode needed top tier character-driven stuff to be interesting. The personal plot for Barry Allen wasn’t bad. He felt frustrated with Nora West-Allen trying to do too much too quickly.

After talking things out with his own father Joe West, Barry realized that Nora isn’t simply cocky and impatient for no reason. Joe pointed out that she’s eager to impress him. It worked, but felt like a re-tread of last week’s episode. There wasn’t enough new in this episode to keep it interesting.

The most fun part of this episode was Caitlin Snow and Ralph Dibny trying to help Cisco Ramon get over Cynthia Reynolds. The bits were often way-over-the-top, like Ralph providing a full-service personal stylist, but they were always enjoyable. Cisco, Caitlin and now Ralph are so often the strongest part of the show. They provide cheesy fun, but also always bring it back to real emotions.

Another enjoyable subplot involved Cecile Horton losing her mind-reading powers. She struggled to accept this because her bond with her daughter was so strong. Joe was written perfectly in this episode and Jesse L. Martin’s performance highlighted that. Joe affirmed that he doesn’t believe Cecile needs powers in a supportive, non-judgmental way.

Between Joe and Cecile’s marriage, Cisco and Caitlin’s friendship and Barry and Iris West-Allen’s bond with Nora, this episode made one thing clear. While The Flash isn’t always the strongest show on TV, it’s exceptionally good when it comes to relationships. Watching these characters support and care for each other makes it all worth it, even in an episode with a lackluster plot like this one.