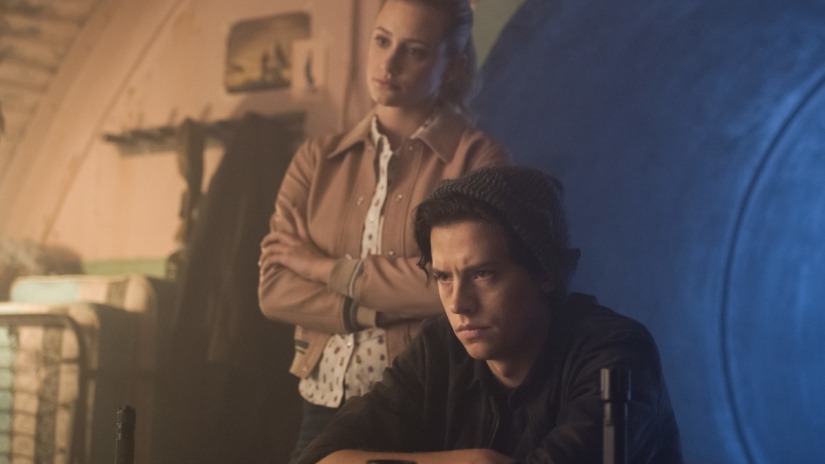 This week Riverdale season 3 continued with its confusing and questionable supernatural plot. Betty Cooper and Jughead Jones were on the case thanks to what is clearly a pathological need to be investigating a murder at all times.

There’s no pretense of desperation anymore. Betty and Jughead are looking for clues in a murder for no other reason than it’s what they like to do. They jumped to bribing a mortician to look at a dead body at the drop of a hat and didn’t bat an eye as they gazed down upon that disfigured body, one that belonged to a kid they presumably felt some degree of friendship towards. Their detachment is chilling in a way that’s confusing and doesn’t lend itself to entertainment.

Alice Cooper was rightfully angry that Betty is going around solving mysteries with Jughead. Again, this hobby involves seeking out dismembered corpses to look at. And Betty recently had a seizure, presumably due to stress. But, of course, Alice wasn’t a real voice of reason either. She joined a cult and very possibly caused Betty to be dependent on drugs in the first place.

The entire plot between Betty and Alice is a mess. There was a time when their relationship was strained and complicated. It’s now shot way past complicated and into incomprehensible. Their scenes are depressing, not for story reasons, but because they feel like a waste of Madchen Amick and all the groundwork laid out for this relationship.

Meanwhile, Archie Andrews organized a football game inside the juvenile detention center. He hoped this would bring the prisoners together and help them feel like they’re not animals. Veronica Lodge convinced the Riverdale Vixens to show up and do a routine to compliment the game.

The football game plot was actually a good idea. It felt like classic Archie. But, it wasn’t immune from being maudlin and over-the-top. After the game, the warden informed Archie that his cellmate Mad Dog presumably died in the “riot” that happened when the guards busted up the game.

Just like Dilton Doiley’s death, Mad Dog’s disappearance and presumed murder didn’t have a huge impact. It wasn’t something that reverberated for a full episode and caused a huge emotional response. Now on Riverdale death is the status quo. These characters all know their lives are bloodbaths and have mostly accepted it. So, nothing really means anything.

Speaking of the fact that nothing means anything, I should mention that Betty and Jughead saw an actual terrifying monster. Betty’s only reaction was to say that it was too tall to be Ethel Muggs. Both she and Jughead aren’t worried about how elaborately realistic the monster was. I guess they really really don’t believe in monsters, but you’d think they’d at least acknowledge that someone must have spent thousands creating this creature? It highlighted that no matter what happens to these kids, it’s all just another day in Riverdale. They don’t care, so why should we?