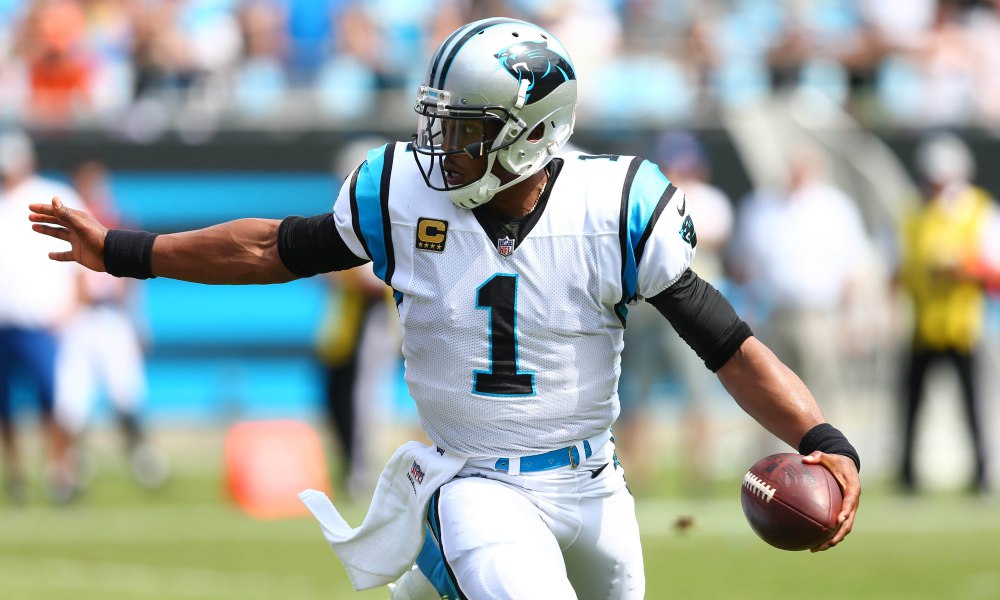 The Cardinals have one victory on the season and that came against the now 1-5 49ers. At the same time, the Broncos are losers of of four straight. But with close losses to the Rams and the Chiefs, I have faith that the Broncos can pick up a victory in Arizona on a short week against a rookie quarterback.

What happened to the Titans? The team was off to a nice 3-1 start before looking pitiful on offense in Buffalo and then being shutout in Baltimore. The team is now 3-3 and heads to London to take on a 4-2 Chargers team that made the 2018 Browns look like the same ole’ Browns.

The Titans appear to be coming back down to their normal abilities while the Chargers are on the rise. Take the team without a true home in this one. The London setting may actually see more Chargers fans in attendance than if the game was played in their soccer stadium.

I had faith in the Bears last week. Then the team lost to Brock Osweiler and the Dolphins. The Patriots should roll over the Bears after taking down Patrick Mahomes and showing that the AFC still goes through New England.

The Bucs are favorites in this game even though the FitzMagic ran out after Week 2 and the team has lost three straight. The Browns defense will have a bounce-back game and cover this spread. Perhaps they will cover via a tie.

Remember when I looked down upon Brock Osweiler a few paragraphs ago? I am going to go wild and say the Dolphins are for real in 2018, even when led by the man who duped the Texans. The Dolphins are undefeated at home while the Lions are winless on the road.

This Lions team does own an impressive victory over the Patriots this year. However, the Dolphins are contenders until proven otherwise.

The Eagles were sure bolstered up thanks to a dreadful Giants team last week. I still don’t think they are good enough to warrant this spread against the Panthers, although being home adds a few points.

Trust Cam and the Panthers to at least cover in this game. His team’s two losses this season have both been within seven points, while the Eagles also own a few low single-digit victories this year.

Derek Anderson is starting for the Bills! That is good news for Bills fans when the alternative is Nathan Peterman.

This happened at a great time because the 1-5 Colts are just plain bad. The offense does average 25.3 points per game, but will be going up against a Bills defense that only allows 23 per game. Take out the first two games of the season and this Bills defense has been up there with the best in the league.

This game may be won by the Colts, but it will be within a touchdown. Peterman won’t be in the game to throw a deciding pick-six this time around.

The Jets are holding tough at 3-3 on the year after a 1-3 start. That is nice and all, but the Vikings are still legitimate contenders in the NFL. This should be an easy cover.

The Texans picked up a lucky win over the Bills last week, thanks to Nathan Peterman, while the Jaguars were thoroughly embarrassed on both offense and defense against the Cowboys. Some saw this as the downfall of the Jaguars. I just see it as one bad game. Blake Bortles has to be better this week. Right?

This is one of the best games of the week. Both teams already have four wins on the season and the Saints are still riding the high of Drew Brees setting yet another record. The Ravens did shutout the Titans last week, but this Saints team looks like a Super Bowl contender. A 12-9 loss to the Browns a few weeks back still has me worried about the Ravens.

This is a toss-up game after the way the Cowboys played last week. However, they are already 0-3 on the road and will settle back to their normal selves this Sunday.

This spread…is too damn high! Kyle Shanahan will once again find a way to make this game close. His team just isn’t good enough without Jimmy G to actually pull out a victory.

This is the actual game of the week. So good, it got moved into the Sunday night slot. I can’t bet against Patrick Mahomes. Even with a 4-2 Bengals team in town.

The Giants are painfully terrible. The Falcons are only 2-4 but they will destroy a broken Eli and his Giants.