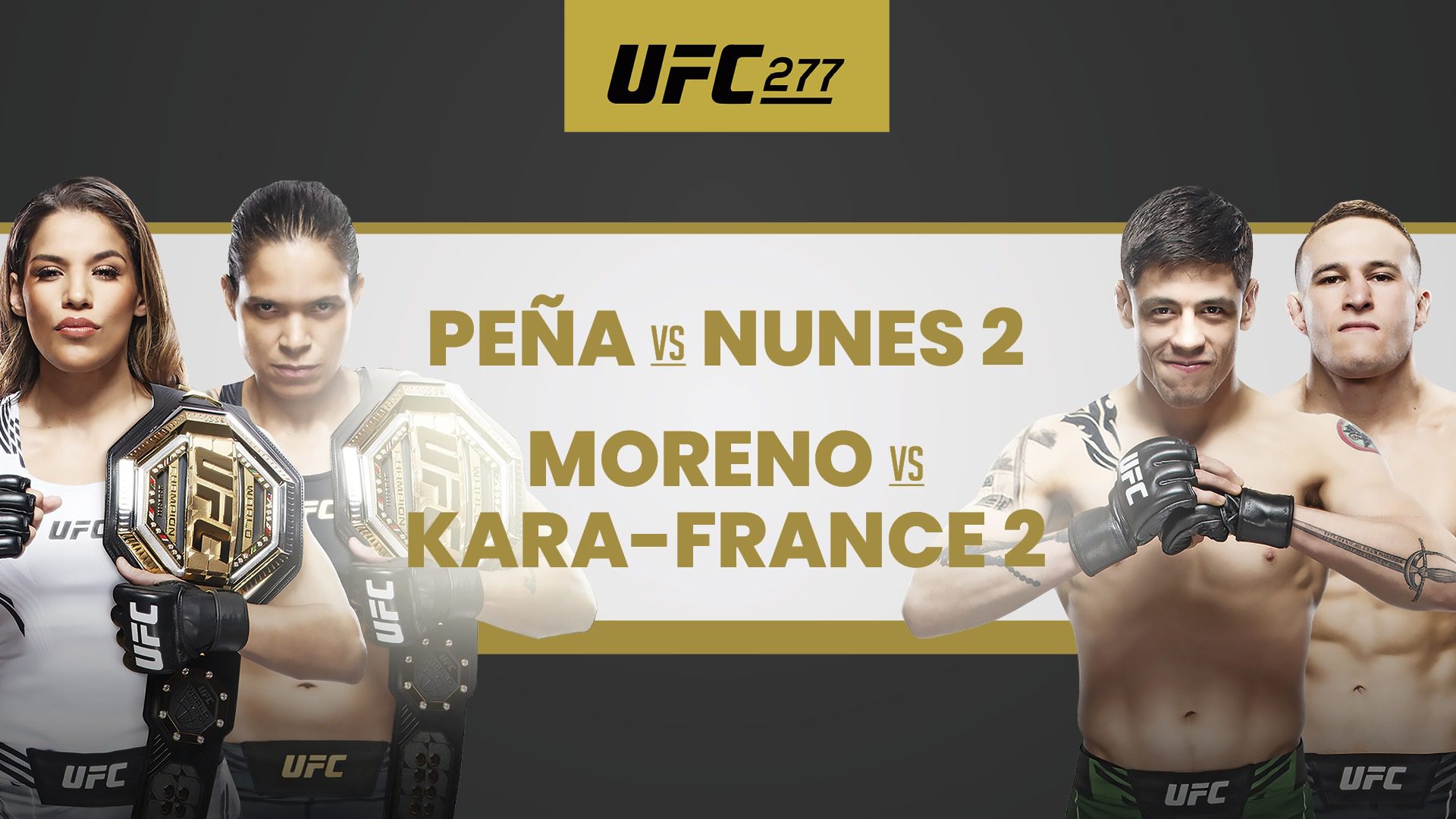 The UFC returns to Dallas, Texas for the first time in four years to put on another stacked pay-per-view event. The TUF 30 coaches bout is finally here between Juliana Pena and Amanda Nunes. It’ll bring a very important dynamic to the future of UFC women’s divisions. A flyweight interim belt is also on the line between of the most exciting fighters in the division. Of course, the prelims are filled out with entertaining fights as well. Undefeated Michael Morales is a fighter to keep an eye on in the future and he squares against Adam Fugitt. Drakkar Klose and Rafa Garcias should be scattered with highlights. Drew Dober and Rafael Aves is a great fight between two long-time veterans with the promotion. Hamdy Abdelwahab should have a fun debut against Don’Tale Mayes too. The opening fights on the early prelims should be packed with action as well. Nonetheless, let’s break down the main card.

Magomed Ankalaev has slowly crept up in the ever-changing light heavyweight division. He burst onto the scene with a main event win over Thiago Santos that really demonstrated his dominance as a potential future division champion. Ankalaev is just entering his prime as he turned 30 last month. His combination of power and accuracy gives him some of the best striking in the division. He’s even added some offensive and defensive wrestling to switch up the fight when need be. He gets a big step up against Anthony Smith who has revitalized his career since his 2020 loss to Aleksander Rakic. Smith has been on a three-fight win streak including key wins over Jimmy Crute and Ryan Spann. Lionheart brings a massive advantage when it comes to experience as he’s had multiple title opportunities including a loss against Jon Jones in 2019. But his overall ability had definitely faded as he went up in age. It’s hard to see a formula to win against someone who has been so perfect to start his career with the promotion. Ankalaev will likely be considered in the title shot conversation with this statement win.

Alexandre Pantoja has been one of the most underrated contenders in the flyweight division considering there have already been three fights between Brandon Morano and Deiveson Figueiredo and potentially a fourth. But his back-to-back wins over Manel Kape and Brandon Royval have shown he’s more than capable to compete with the best of the best even as he waits for his shot. His well-roundedness makes him a threat in standup and on the mat. He faces a well-talented Alex Perez who is coming off of a title fight loss against Figueiredo back in November of 2020. Perez has had multiple fight cancellations due to injury and missed weight. It’s hard to imagine ring rust not being a factor for him. Perez still has a lot of size and length that gives him crafty striking. His BJJ is also at a high level, having seven submissions to his name. I see Pantoja’s versatility causing a lot of problems for Perez to be able to implement his game plan. Pantoja should be looking at a potential title shot with this win.

Another underrated Russian fighter earns his pay-per-view debut with his own incredible run through the heavyweight division. Sergei Pavlovich has won four of his last five fights. All of the wins came within the first round including a recent finish of Shamil Abdurakhimov in March that really titled him as a legitimate contender. His power is unbelievable for the division, filled with knock-out power fighters. Derrick Lewis, on the other hand, is the knockout leader in the promotion and brings a ton of veteran experience in every new fight he steps in. He let his last bout slip away against Tai Tuivasa because he was unable to keep up with his speed and was eventually finished. It’s hard to see what Derrick Lewis could do to realistically improve his game if he is at the stage where he going to gatekeep against up-and-coming heavyweights. The bout against Tuivasa exposed a lot of his weaknesses against more dynamic and quicker strikers. Pavlovich will no doubt overwhelm Lewis with patterns of strikes, one of which will likely lead to a knockout.

After a trilogy series with champion Deiveson Figueiredo, Brandon Moreno returns for another championship opportunity to win the interim flyweight title. It’s unclear why an interim belt is being offered, whether it is injury or the possibility that Figueiredo plans to move up to bantamweight. Nonetheless, Moreno could already be seen as the champion in the division with all the chaos that has happened between the first three fights with Figueiredo. Moreno brings an extra level of grit that has carried him to multiple wins even when he wasn’t considered the more skilled fighter. Nonetheless, he does bring an impressive BJJ game that can be lethal at any point during the fight. Kai-Kara France has gained some excitement of his own after two first-round knockouts against Rogerio Bontorin and Cody Garbrandt. This was immediately followed up by an impressive decision win over Askar Askarov. Kara-France packs a lot of power in his hands despite his size, already recording 11 finishes. Giving Moreno his first-ever defeat by finish will be his only path to victory. But championship experience will certainly have its edge and Brandon Moreno will be square up for a fourth fight against the God of War.

The TUF 30 coaches finally square off after a very tense season that will be completed on August 6th. But this rematch between Amanda Nunes and Juliana Pena will have a completely different dynamic compared to the first fight. It starts with Amanda’s approach. She clearly didn’t look right in the first fight, whether it was a tough weight cut or a poor replenishment. She completely failed to establish her game plan. For Juliana, she can’t just hard charge as she did in the first fight. She continuously stepped forward and continued striking because of Amanda’s disadvantage from the start. Juliana has to expect a much more prepared and healthier Nunes on Saturday because she’ll have to contain a lot more threats. For Amanda, she has to get more creative to get past Juliana, which he should be well prepared for already. Nunes is one of the most well-rounded women’s fighters on the planet. I think it’s more than fair to assume Nunes had an off night the first fight and she is still well in her prime and more talented than anyone in this promotion. She’ll completely overwhelm Juliana and likely earn a finish in some capacity. What’s next could be a very interesting path because Valentina Schevchenko has had her eye on a rematch with Nunes for a while.