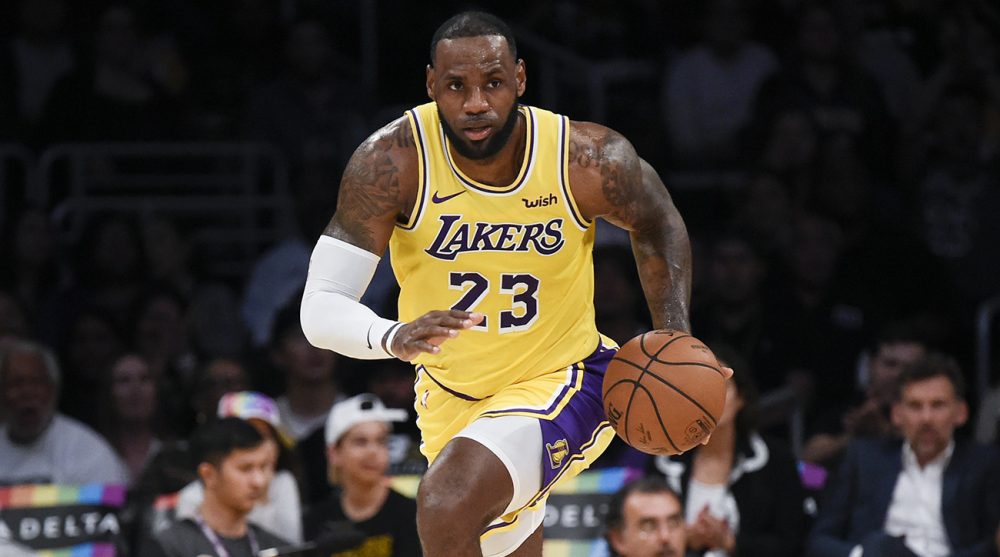 The biggest transaction that went down this past NBA offseason was easily LeBron James taking his services to Hollywood to join the Los Angeles Lakers. The news was received with little shock as rumors had King James headed there before the summer for various reasons – diving deeper into his entertainment pursuits; his wife, Savannah’s desire to move to the West Coast; and joining a team with a younger/better core than what he had with the Cleveland Cavaliers. Whatever the true impetus, expectations began to soar for the purple and gold, and if you did a full review of betting sites, it’s easy to see the Lakers odds for success jumping as high as The King on a fastbreak. Some fans began dreaming of multiple championship banners joining the already present multiple championship banners.

However, since the beginning of this new and just budding season, the brakes have been pumped. The almighty Lakers with the best basketball player on the planet (with apologies to Kevin Durant, Stephen Curry, and Anthony Davis) have played three games… and have not won a single one. In their first two contests versus the Portland Trail Blazers (on the road) and Houston Rockets, respectively, Los Angeles lost by nine points in both games. After the first loss, not much hullabaloo was made because it was the first game and, you know, chemistry issues; issues that will eventually work themselves out. No worries.

In the second game, well, that’s when things got a bit magnified with the Brandon Ingram shoving James Harden undercard, followed by the main event of Rajon Rondo and Chris Paul exchanging spit, eye pokes, and jabs. During the scuffle, LeBron separated Paul from Rondo and took him aside to the baseline. From an objective point of view, you’d understand that LeBron with his arm around Paul isn’t a big deal because they’re great friends off the court. However, it fed into those extreme Lakers fans (let’s face it, Kobe Bryant loyalists) that saw the act as, to some degree, disloyal and traitorous, and something that Kobe would never do. Sure, the optics look bad, but really, how bad was it? Not much. However, it didn’t help LeBron’s case of being a true part of the Lakers culture when the team lost. Yikes… maybe we should start to worry. (Nah).

The last game, versus a San Antonio Spurs team that lost Dejounte Murray to injury before the season started, as well as Spurs staples, Tony Parker and Manu Ginobili, oh and that Kawhi Leonard guy (although they did get DeMar DeRozan back in a trade with the Toronto Raptors), LeBron James hit a clutch shot during regulation to send the game into overtime. Excellent! Awesome! This is why the Lakers brought LeBron James to L.A.! Then the overtime happened where LeBron missed two free throws that would have won the game, the team’s first win in the LeBron James Era. Instead, it was the third straight loss for the Lakers and all of Lakers Nation groaned. The sensible ones were calling for the acknowledgement it’s only been three games. The not as sensible ones were calling for LeBron’s head with proclamations that Kobe would have hit those free throws to take the dub! Lakers fans general worry level: 25 (out of 10). Real worry level: 4 (out of 10). Maybe a 3, actually.

While LeBron is bearing the brunt of blame for the losses, and rightly so (to a degree) as the star of the team, it’s not from lack of trying on his part as he’s averaging 27.3 points, 8.3 rebounds, and 8.3 assists. In other words, LeBron is LeBronning as LeBron normally does. The team not only has a young core – Ingram. Kyle Kuzma, Lonzo Ball, and Josh Hart – it has a bunch of pieces that are like band-aids for this season – Rondo, Lance Stephenson, and JaVale McGee, for example. Head coach Luke Walton has to figure out his rotation and who works best together on the floor. It takes time. However, in this I Want It Now world, time is not on LeBron and the Lakers’ side.

Fanatics. Got to love them.