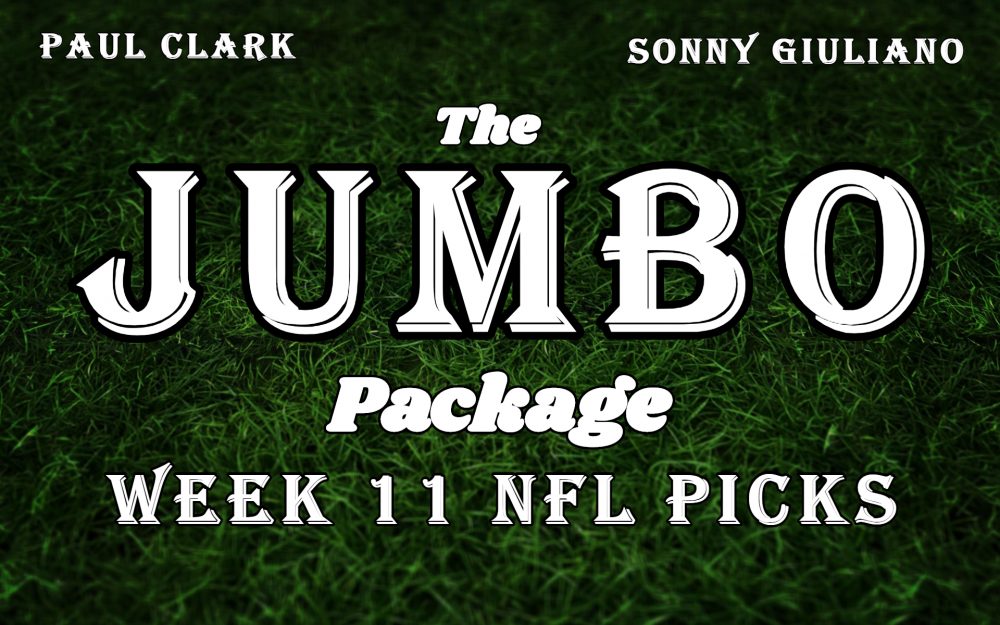 On the latest episode of The Jumbo Package NFL Podcast, Paul Clark and Sonny Giuliano pick all thirteen games on the Week 11 NFL schedule, and discuss the league’s biggest storylines, including:

Is there reason to be concerned in New England?

Who will be more dangerous in January: the Pittsburgh Steelers or Los Angeles Chargers?

Can we write off the Philadelphia Eagles and Atlanta Falcons?

Does the winner of Minnesota/Chicago deserve to be mentioned among the league’s elite teams?

Which team is more likely to secure a Wild Card spot in the AFC: the Indianapolis Colts or Tennessee Titans?

How many points can we expect when the Kansas City Chiefs and Los Angeles Rams play on Monday Night Football?