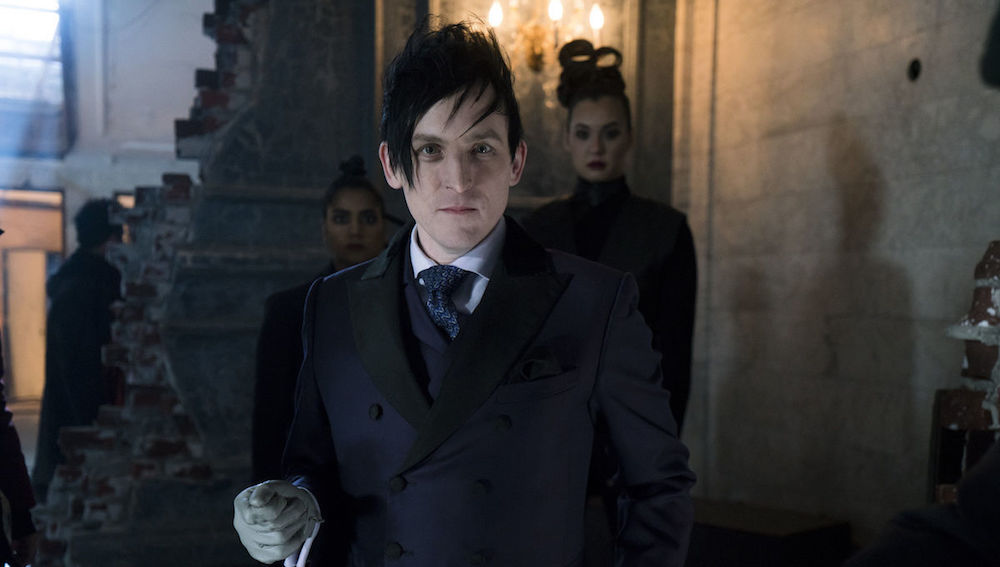 I expected the final season of Gotham to go all out stylistically and be full of ridiculous turns. But, I’m enjoying that the episodes are more typical and focused on the character dynamics.

This episode saw a team up between Jim Gordon and Oswald Cobblepot, with lots of banter from Victor Zsasz. But, the best part of the episode was the partnership between Ed Nygma and Lucius Fox. I thought their previous partnership was a one time thing. It was a pleasant surprise that they not only brought it back for the final season, but hit it out of the park. Their chemistry was impeccable as they solved the mystery of a bombing. After watching Ed smile at Lucius admiringly while conceding that he’s “the second smartest man in Gotham,” I was ready to watch another full season of just these two.

Jim and Oswald’s back-and-forth between team up and betrayal has already gotten a little stale. But, Oswald’s “trial” for Zsasz, which was more of a witch hunt, worked well. It showed how devastated Gotham still is while allowing the characters to shine with snappy dialogue.

The Jeremiah Valeska plotline was the worst story of the episode. Jeremiah and Ecco just aren’t very interesting as characters.  Their dialogue feels too serious and trying too hard to invoke The Joker and Harley Quinn, rather than offering any unique take of their own. I feel like this bland story is dragging Bruce Wayne and Selina Kyle down.

In a disappointing but unsurprising final turn, Jim Gordon and Barbara Kean got back together. Yes, this was inevitable, but the execution has been much worse than I imagined. Jim and Barbara’s relationship is great when it’s a trainwreck. But, Gotham season 5 orchestrated this relationship in too deadly serious a manner. It feels like a betrayal to Barbara’s character.