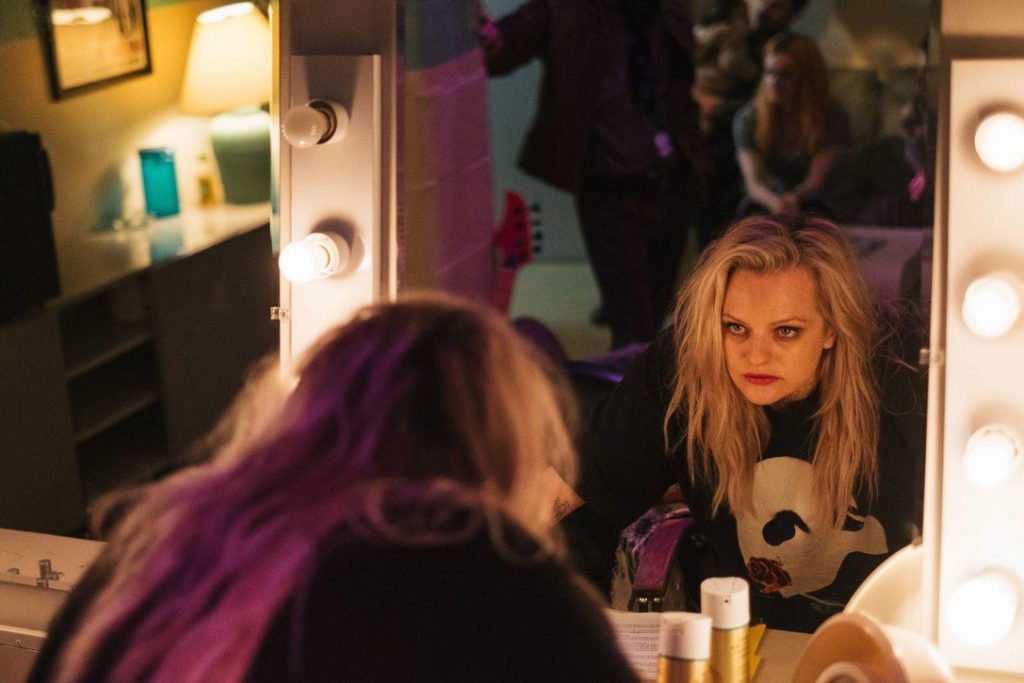 Great artists tend to push themselves past their limits to achieve iconic status. But often times they’ll lose their fire and come crashing down, buried in their own faults. Her Smell tells the story of a self-destructive punk rocker who desperately battles her addictions to try and spark the creativity that once led her Something She band to the top. Written and directed by Alex Ross Perry, Her Smell stars Elisabeth Moss in the lead role as Becky Something and is joined by Cara Delevingne, Dan Stevens, and Agyness Deyn.

Biopics are tough to do because they usually fall into the cookie-cutter trap. Her Smell avoids the typical pattern the likes of Bohemian Rhapsody fell prey to by starting at the fall from grace of the rock star’s career. The script plunges us into the pits of Becky Something’s demonic lows and watches her as she climbs her way out to redemption. Perry doe a tremendous job of writing dialogue that seems so natural and odd, giving the film a raw feeling.

The movie is shot with an intimate approach and contains home footage-style scenes showing us the good moments that happened once upon a time. Cinematographer Sean Price Williams does a tremendous job giving the movie an in-your-face feel. We’re always there in the thick of the drama, observing the chaos within the storm. It’s difficult to make a connection with Becky initially because we meet her at her most volatile and disgusting phase. However, by the end of the film, you at least appreciate her effort to clean her life up, even if temptation is lurking around every corner. 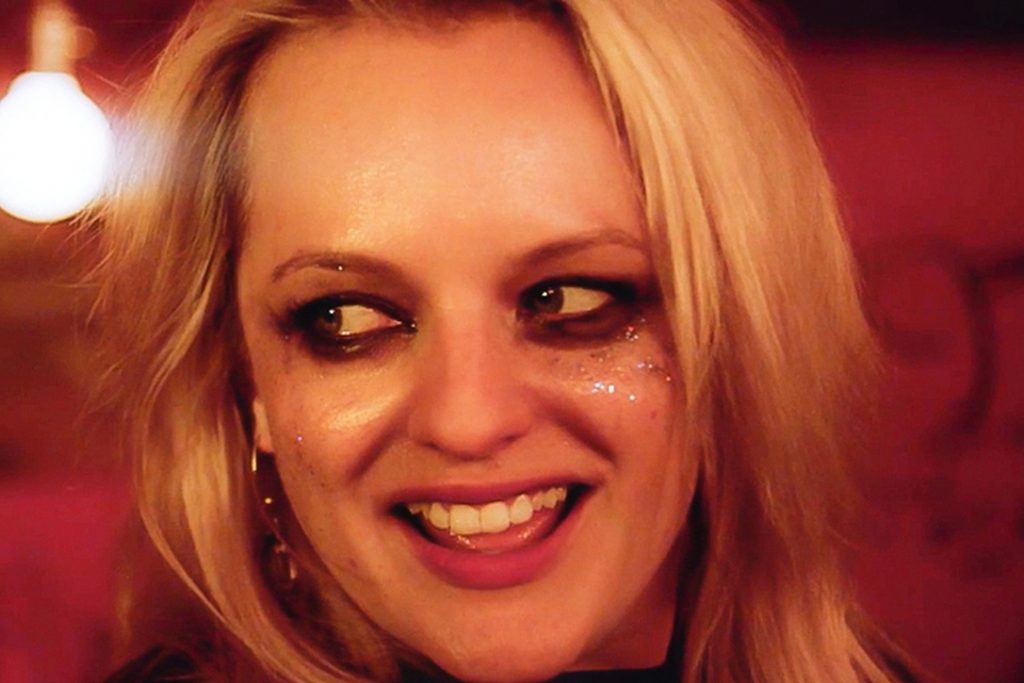 Elisabeth Moss in Her Smell

Elisabeth Moss gives an electrifying performance as the talented, drug-driven Becky Something. She embodies the manic spirit of a punk rock star with a voracious appetite for untethered success. And when she claws her way out of the depths of hell, we feel her struggle to live a life that resembles normalcy. Moss gives the character extra authenticity by learning to play the guitar and singing all the songs rather well. The film benefits greatly from her performance and although this isn’t an Oscar-bait offering, she does deserve to be nominated.

Although it’s definitely the Moss show, the supporting cast does not disappoint, especially Agyness Deyn. She plays Becky Something’s band member Marielle Hell and really captures the frustration of having to deal with a friend who’s destroying her entire life. There’s a pain in Deyn’s eyes that invite you into her struggle of attempting to help Becky straighten out and go clean.

Her Smell isn’t a perfect film, but it does present the life of a rock star without any filter. There could’ve been more scenes showing the success of the band so the fall of Beck Something has more impact, but Perry sticks to his game plan and goes for the throat in showing us the burned out star. And some of the Becky Something climbs out of a drug-riddled pit of hell to find peace and although it’s a simple character study film, it manages to be memorable.