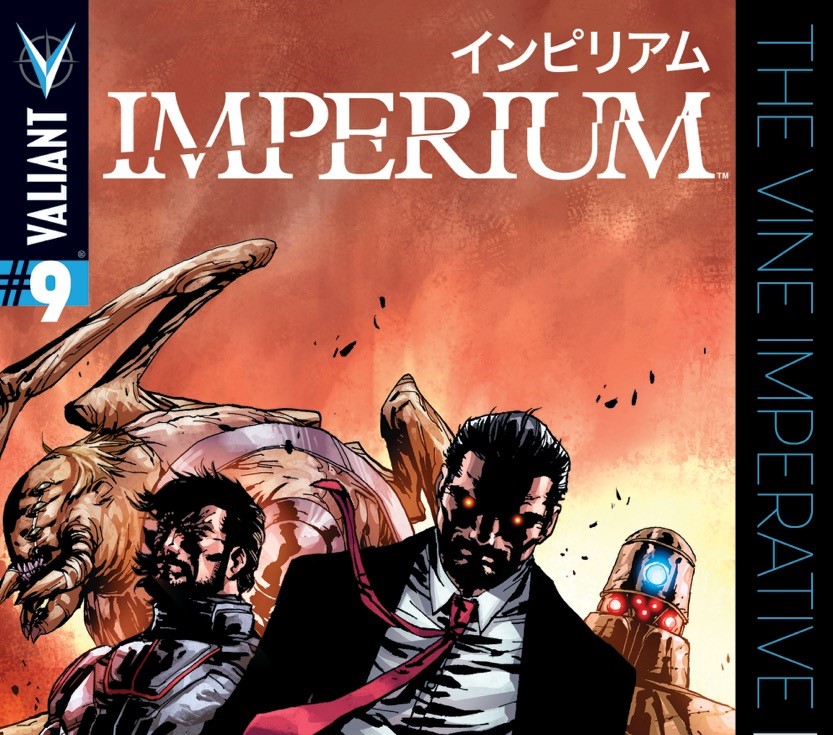 Kicking off a new arc entitled “The Vine Imperative,” this issue is one of the finest individual books Valiant has produced to date!

The book opens in a commercial advertisement for Rising Spirit Industries’ consumer level technology. It illustrates that an irrational fear of the Valiant Universe’s mentally powered superhumans may be slowly creeping into the collective mind of the world. The pitch for household anti-psiot defense systems by the military contractor opposing Harada is a few dashes of irony shy of something from a Paul Veerhoeven movie, but the cheese is welcome nonetheless as the book opens the throttle almost immediately after.

As his most gifted and violent soldiers move to strike at three different targets in three separate countries, Toyo Harada addresses the world. Not only does he inform them of his organization’s currently occurring operations to punish war profiteers, but also of his plans for the future. The former comes with a warning to the people of Africa to dissuade their leaders from opposing his will. 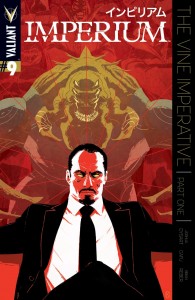 Moments later, the assembly chamber of the African Union erupts with gunfire and exploding heads as Harada makes his exit. Harada’s altruism is disputed in several realistic, worldwide reactions, and is disputed for us when he later bargains for technological progress at a horrifying price. These details make the story feel alive and worth pondering.

In the midst of this, we’re treated to glimpses of the three operations Harada’s foundation is conducting. Each of these action sequences are vastly entertaining in their own way as series writer Joshua Dysart plays to the interesting abilities and motivations of Harada’s assembled force. Nothing is presented in a way that would confuse potential new readers, nor does any explanation become intrusive to series fans. Every power set is showcased just right, and every panel is loaded with dynamic and exciting action illustrated so magically by Cafu. 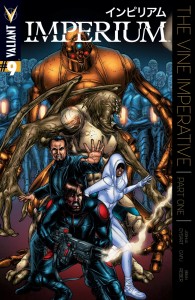 Adding further depth to the story are the machinations of the Vine Plantings, human/alien hybrids living secretly among us and  currently conspiring to kill Toyo Harada with one of their own who is currently behind enemy lines. While this comes later in the book, these scenes are no less thought-provoking and close the book by indicating the next issue will bring Valiant readers back to the 60s, a time period previously touched upon in earlier issues of the related Harbinger series.

With amazing art by Cafu and the excellent Joshua Dysart writing, Imperium is most certainly a book that does everything right and should not be missed!