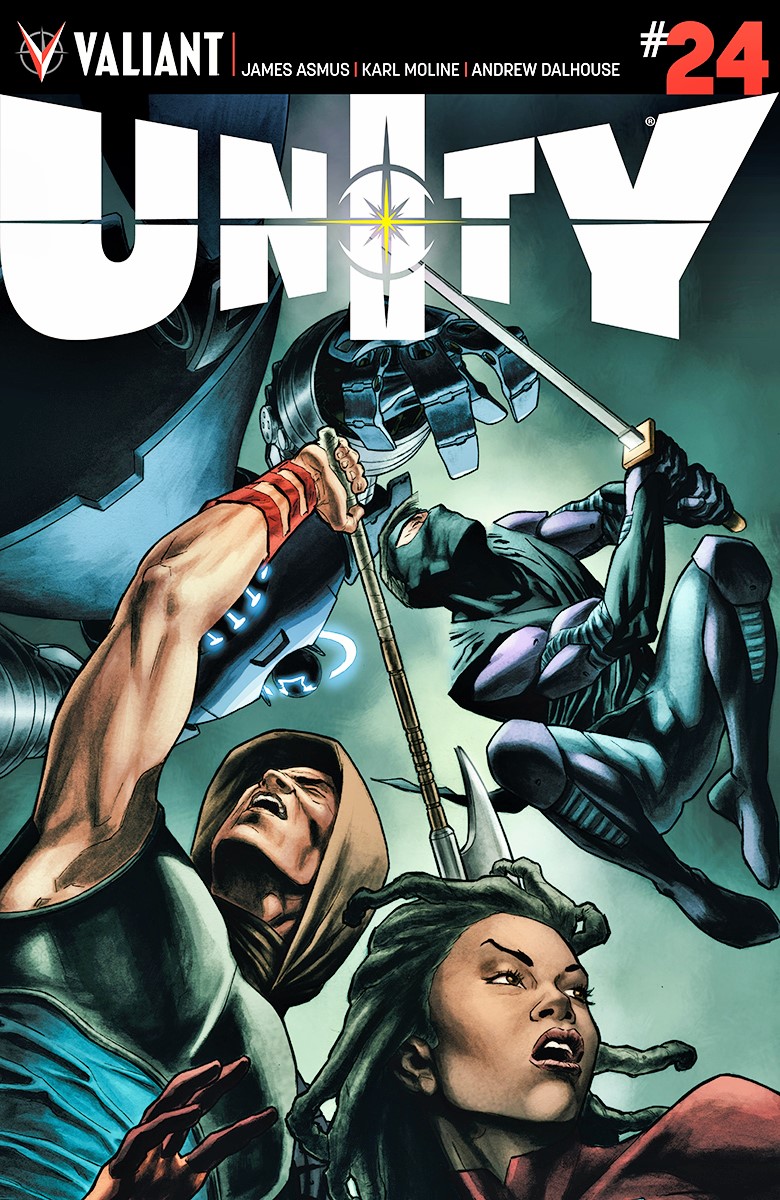 For this installment of Valiant Comics Weekly, I’ll be looking at the issue that closes out the mini-arc “Revenge of the Armor Hunters.”

The story picks up after the reveal of Armor Hunter Helix, originally thought to have been killed in the Armor Hunters series, and follows the Unity team trying to prevent a reprogrammed GIN-GR from crashing into the G.A.T.E. headquarters. While the previous issue led me to feel like there was some potentially interesting directions for this arc to go, this one simply doesn’t deliver. 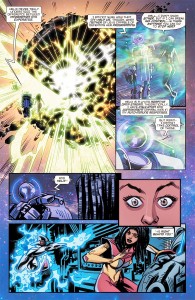 The back-and-forth struggle for control between Livewire and Helix concerning GIN-GR comes across both uninteresting and convoluted. Both Helix and Quartz are incapacitated by the end of the issue, so the status quo doesn’t change much. Combining that with the underdeveloped concepts behind the main conflict and we arrive at an unsatisfying conclusion to an underwhelming storyline.

Unfortunately, the writing also fails to characterize the team members with conviction, undoubtedly a challenge in a team book where each member is being crafted by other authors in other books. Though nothing betrays established personalities, portions of dialogue and actions simply don’t feel right to the individual involved. 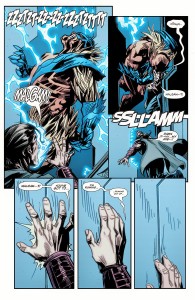 Also working against this book is the art, although it appears Karl Moline may have been a last-minute replacement for Diego Bernard, who was originally listed for both issues. Aside from characters not looking like themselves, the most damning downfall is awkwardly drawn action sequences. Oddly shaped characters and confusing composition make portions of this book simply difficult to read, and bring any pace the writing of this book may have had to brake.

I can’t say much specifically negative about this book, as it doesn’t take away from anything established in other issues or titles, but I also can’t say much good about it. Simply put, this is a forgettable and mediocre chapter in the Unity storyline.