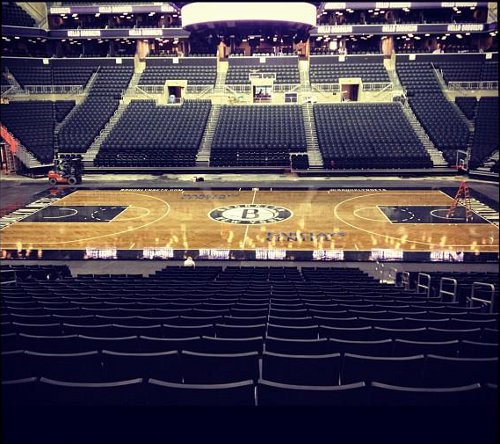 And the transformation into the Brooklyn Nets continues. Pictures of the basketball court have leaked on the internet thanks to Instagram and I’m thinking Brett Yormark, CEO of the Brooklyn Nets. Of course with so many people working on the new Barclays Center, images of the building are bound to pop up, but it’s been a steady stream of “leaks” in recent months and if my suspicions are correct, the franchise themselves are behind it.

But, hey, they’re doing something right as they’ve been the talk of the town this offseason. Whether they care to admit it or not, you have to imagine that the New York Knicks are worried to some degree. Regardless, the two images in this post has to have the Nets fanbase in a frenzy because the Brooklyn Nets as a franchise is becoming more tangible. 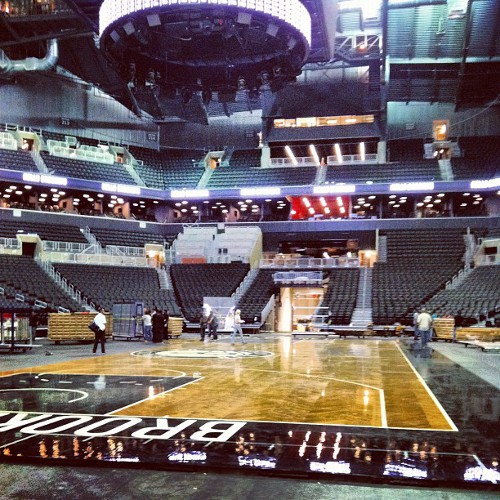 The new Barclays Center officially opens up the 2012-13 NBA season on November 1st when the Nets take on the aforementioned Knicks. Yormark requested that the Battle for New York City (my words, not his) begin straight out of the gate. It’s a risky move considering the Knicks fanbase is considerably larger and, symbolically, losing to the Knicks to open a new building with the team’s new image would not be a great way to start a new era.

However, we know this much… the Brooklyn Nets are going to look good. As they say, image is everything.