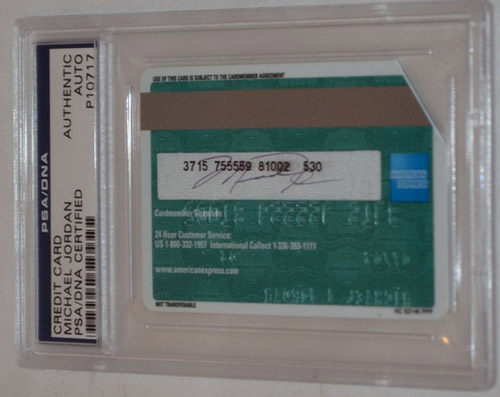 This is a bit odd, but a bit cool. Well, maybe more odd than cool, but if you’re a wacked-out Michael Jordan fan with an open schedule, particularly for October 10th, you’ll be able to bid on Michael Jordan’s expired American Express card to fulfill that weird collection of Jordan items you proudly display in your basement to your friends. Assuming you have any. 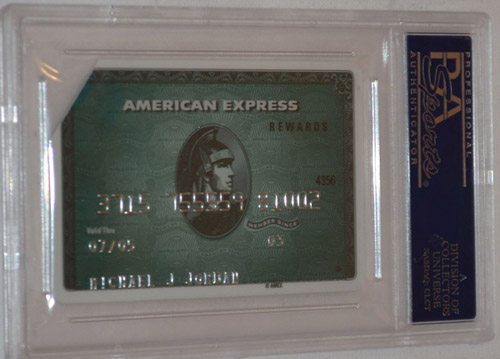 In all seriousness, collecting things is a big-time hobby for a lot of people, so I’m not hating on that at all. Back in the day, I’ve been known to collect baseball cards, Bazooka Joe gum wrappers, and odd-looking rocks. So, for someone to want to own a credit card that Michael Jordan likely used regularly during a period of his life so that he could purchase cigars, cars, and a four-finger ring to completely cover all of his fingers (I’m assuming the aforementioned items), then more power to you!

However, just be prepared to throw down some serious cash for a piece of plastic as the opening bid will start at $1000. Considering his fame around the world and his status as, arguably, the greatest basketball player of all-time, whomever should win this bid will easily spend double-digit numbers in the thousands. Six figures may be stretching it, but it wouldn’t be surprising.

The credit card is seven years expired, so no worries of any lingering power to charge on the card, but the real question is – What the hell is Michael Jordan doing keeping a card that doesn’t work? Was Jordan planning on keeping it as part of some odd collection? Oh, wait, I get it now. His fiancee is making Jordan clean out his basement.