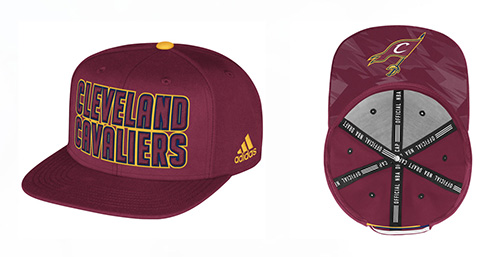 The 2013 NBA Draft caps have been revealed, and thanks to SLAM, we can see what the league and adidas have in store for incoming rookies about to take the stage on June 27th at Barclays Center. You should hit the SLAM link to see more than just the Cleveland Cavaliers cap shown above as they also reveal the 2013 NBA Draft cap for the Orlando Magic and Washington Wizards. The Wizards one is my personal favorite of the three. Really, really dig the logos under the bill. I’m aiming to rep my team and purchase the Brooklyn Nets cap, but might cop me the Wizards one, too. Hey, I’m a big fan of Bradley Beal, leave me alone.