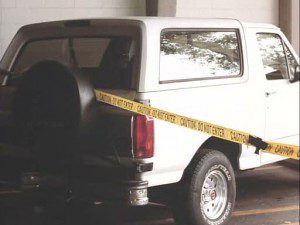 I was only 13 years old, but I was already a true New York Knicks fan.  I lived and breathed for the Knicks. I was probably missing someone’s Bar Mitzvah to watch the game, but it didn’t matter. Nothing mattered except Game 5.

John Starks was my hero, Pat Riley hadn’t stabbed me in the back yet and I hated Reggie Miller more than I’ve ever hated anyone to this day. The frontcourt of Patrick Ewing, Charles Oakley and Charles Smith/Anthony Mason could be the meanest, literally, in NBA history. Michael Jordan had finally “retired” to play baseball and this was the Knicks’ year. It was time for Ewing to get that ring.

At the time, New York was buzzing, as the New York Rangers held their parade to celebrate winning the Stanley Cup earlier in the day. The old NBA on NBC theme song eventually took over my conscience and it could possibly be the greatest TV intro music of all time. In fact, it is the greatest. Has to be. I would get so excited and pumped for a big game after hearing it.

Okay, okay … Game 5. The series is tied 2-2. Games 6 and 7 would be in Houston, so this was basically a must-win situation for New York. Hakeem Olajuwon made me so nervous. He scared me so much, but I didn’t hate him like Reggie Miller or Scottie Pippen. I respect Hakeem. The movie “Coming to America” possibly had something to do with that. You know, “When you think of garbage, think of Hakeem.”

That Houston team was no joke. In addition to Hakeem, it had Robert Horry, Vernon Maxwell, Kenny Smith, and some rookie named Sam Cassell.

I had my old school No. 3 Starks jersey on, with my Champion Knicks shorts and probably a Starter snapback. I was ready for the biggest game of my life as a Knicks fan.

I think my mom had mentioned to me in the days leading up to Game 5 that the black guy from “Naked Gun” was in big trouble. I don’t remember her exact words, but I was aware that O.J. Simpson’s wife was murdered. I wasn’t that young. Plus the “Naked Gun” movies were my favorite.

The Knicks went into halftime leading 48-37, and I was pumped. Then it’s the third quarter and the Rockets cut the lead to six. Hakeem is doing that “shake” fade-away move and Starks is kicking a rotary phone that sits upon the scorer’s table. Things are getting interesting. I’m getting scared. The Knicks call timeout with 3:55 left in the third after a 10-3 Houston run. Knicks up 59-53.

NBC cut away from Game 5 of the NBA Finals to show O.J. Simpson run from the cops in a white Ford Bronco. Tom Brokaw comes on with a voice that was crazy serious to a 13-year-old. This is nuts. Brokaw is talking about the death penalty, possible suicide and how the nation is fascinated.

I’m sure this was great TV, but not for a Knicks fan! Not during Game 5! You couldn’t just check your iPhone for a score back then. There wasn’t ESPNews. I believe my first legit cuss word occurred at this moment:

“WHAT THE F*CK IS HAPPENING IN THE KNICKS GAME????”

O.J. is ruining the game for me! Brokaw finally updates the score. Very nonchalantly, too. It’s tied 61-61 with the fourth quarter about to start! Are you kidding? How’s it tied? What happened?

Now Brokaw is talking about people walking dogs by O.J.’s house and how great he was at football. Still no Knicks update since the 61-61 blindsiding statement. The NBC reporter on the ground just mistook O.J. for Al Cowlings, basically because they’re both black, and then tries to make a bunch of excuses to not sound racist on live TV. I was amused for a second … but now I’m pissed again. It feels like an hour has passed. The game might be over.

“GIVE US A F*CKING KNICKS SCORE!”

Brokaw listens to me. But it’s 65-61 in Houston’s favor. The Rockets are winning. This time Brokaw doesn’t even say how much time is left. Only four points were scored since the last update, but that didn’t mean much the way the series had been going. It felt like hours were passing.

Finally, Brokaw mentions heading back to Madison Square Garden for an update. It’s too good to be true. The Knicks lead 72-71 with about six minutes remaining. Ten seconds tick off the clock, it’s a great game, the crowd is chanting, but NBC goes back to O.J. They’re playing with my emotions now.

They go back to hoops and after a few possessions the Knicks have the lead. It’s a three-point game with 1:50 to go and Marv Albert is threatening to bring us back to the “situation in California.” At this point, I’m more nervous that I’ll miss something big than I am for the Knicks. If they choke, I want to be watching.

But NBC stayed with the game for the last few minutes and the Knicks looked like champions. They outmuscled Houston down the stretch to win 91-84 and take a 3-2 series lead. The New York Knicks were one game away from the NBA Championship!

A few days later, the Knicks would lose Game 6. Then in Game 7, my hero John Starks crapped the bed and the Rockets would win the title.

I didn’t know it at the time, but Game 5 in 1994 was basically as good as it gets for Knicks fans. Yeah, they went to the Finals again in 1999, but they lost in five games to the San Antonio Spurs and never really had a realistic chance to win the title. Game 5 in 1994 was the pinnacle, and I almost missed it, because of O.J.

I’ll also never forget it, because of O.J.