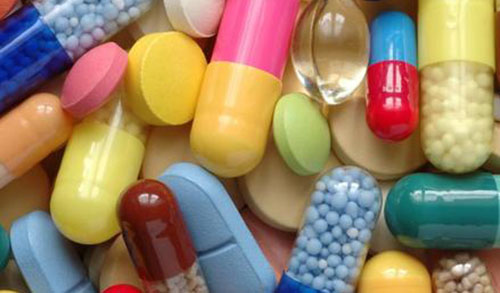 You have an Academy Award-winning actress, a supermodel and a professional athlete. What do these three people have in common, besides the bucket loads of money they make for doing what many do for fun? They are all entertainers. Their job in life is to entertain those willing to pay money to be entertained. If they can’t, who’d be willing to pay the type of money they demand? No one!

Performance-enhancing drugs have been one of the hottest topics in sports for the past 25 years. Ever since Ben Johnson won the gold medal at the 1988 Summer Olympics in Seoul, South Korea, and was subsequently stripped of that gold medal three days later after testing positive for steroids, the sporting world has shined a spotlight on professional athletes, attempting to “rid” sports of cheaters. Track and field, Major League Baseball, the National Football League, and, of course, good ol’ Lance Armstrong have carried the bulk of the scrutiny from investigators and skeptics, however the National Basketball Association has somehow stayed under the radar, until now. Let’s take a look at where the real problem may lie.

Look at this example: Actress X is noticing wrinkles. Hoping to maintain her youthful glow, she goes to Dr. Slice N. Dice in Beverly Hills and asks for the Hollywood special: boob job, tummy tuck and Botox (and maybe a little Brazilian butt lift). She isn’t happy with her looks and how she is aging naturally, so she wants to “reverse” her age, and improve her look, medically.

Now look at Athlete X. His speed is declining and he isn’t recovering as fast as he was before, naturally, so he wants to “reverse” his age, medically. Both should be considered cheaters by today’s standards. Why should this actress continue to be able to get the roles of someone 10-15 years younger, just because she can pay for it, and not be subjected to the same type of damnation of an athlete wanting to compete with younger players?

Actress X gets the role, and if her procedure looks good, will be showered with praise from the media (see: Madonna, Demi Moore). Unfortunately if the procedure doesn’t go too well, then that’s a different story (see: Lindsay Lohan; Lil’ Kim). Both athletes and actors/actresses are entertainers, paid exorbitant amounts of money to capture the interest of the masses. Yet non-athletes are granted the liberty to change, enhance and alter their physical being for the sake of prolonging their careers while athletes are labeled cheaters for seeking the same career extensions.

But that’s just one way to look at it, and I’m sure the arguments, pro and con, will last as long as the sport itself. I want to look at another angle: the supplements themselves. Athletes put a tremendous toll on their bodies, year after year, and every season when “amazing happens,” fans come back the next season expecting something even more amazing. In the past, athletes would add an egg to a milkshake to get that extra protein. According to Gold Bee, nowadays GNC has over 200 supplements designed to do the same exact thing. Who decides what is legal and what isn’t?

At the end of the day, as with most things in this world, it comes down to who has enough money to get their product “passed” and approved. Have you seen the list of banned substances? I can’t even pronounce most of the names, and I’m sure most pros can’t either. Athletes work tirelessly—lifting weights and training beyond anything you can imagine accomplishing with your P90X DVDs—and are “encouraged” by owners and agents alike to “maximize” their training by taking these supplements. If the argument becomes which of these are safe and which aren’t, my guess would be none of them are really safe, because they were all created in a lab, and there is nothing natural about that from where I’m sitting.

The list changes constantly, removing and adding substances, which only compounds the problem. And you better believe that whenever a substance is genetically engineered, there is another created along with it to hide the substance from testing. It begins to look like a lose-lose situation, with the grand loser being fans.

I do not condone cheating, unless it’s in Contra on Nintendo (up, up, down, down, left, right, left, right, B, A, select, start), but this PED situation is beginning to get tired. Is the NBA in on the doping conspiracy? Of course it is, and it’s only a matter of time before big names in the league are implicated. That’s not my concern. We force these human beings to become superhuman for the sake of entertainment, and as soon as they become that, we look to chop them down for how they got there. This isn’t your grandfather’s league anymore. Fans expect more and more from players every single year and create these supplements to make sure that happens. Money determines which ones are illegal and which ones are not, nothing else. Life has become a silver screen and we all want to look our best. Why can’t they?

What do you think? Leave your comments below.