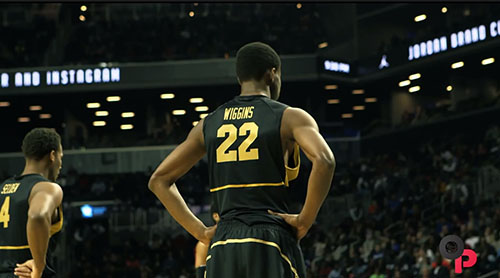 This is a few months old, but if you’ve never seen it, it’s new to you. Kind of like Canada’s strong evolution recently in the basketball world led by the much-heralded Andrew Wiggins, who has been called the next great player after LeBron James. Hype? Maybe. However, what’s undeniable is Canada’s evolving prominence as a basketball breeding ground.

Wiggins is currently considered the prize of the 2014 NBA Draft and if drafted as such, would make the second Canadian in a row taken first overall after Anthony Bennett this year. The video below from On Point, a Canada-based hoops site, follows Wiggins and interviews basketball luminaries about Canadian basketball and its coming up at the Jordan Brand Classic. Watch the amazingly produced short from On Point:

H/T to Michael Tillery from The Starting Five