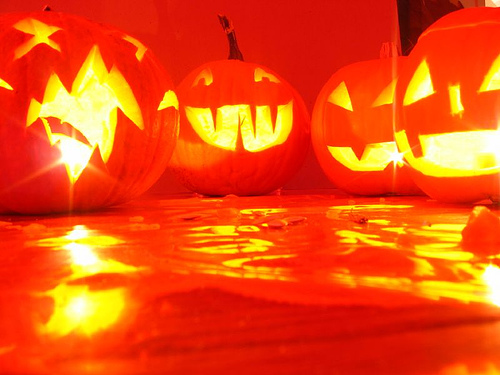 First, let me wish all you ghouls and goblins a happy Halloween.

If you were too busy watching my hometown Cardinals lose the World Series to the Boston Red Sox last night, you missed one hell of crazy entertaining night of basketball. It had it all, from a legend having his jersey retired, some downright nasty stat lines, and even a couple of upsets.

Editors Note: Baller Mind Frame’s partner Draftstreet is hosting a freeroll starting Friday, 11/1. A $500 prize pool will be paid out to the top 50, $100 for first place. Don’t forget to sign up, here’s the link.

Philadelphia 76ers rookie point guard Michael Carter-Williams put the league on notice with a monster game, knocking off the defending champion Miami Heat 114-110 and setting the record for the most steals ever recorded in an NBA debut (9). I’m not sure which is the bigger surprise, MCW having such a crazy stat line or the supposedly lowly 76ers beating the Heat. I’m chalking the Sixers win up to the young team being fired up with the freshly retired jersey of Allen Iverson hanging in the rafters, and him cheering from the sidelines. The steals by MWC are obviously an anomaly—only 49 other NBA players in history have notched nine or more in a game. But you have to love the across-the-board production from the rookie. While it’s unlikely he is still hanging out on many waiver wires, you better believe Michael Carter-Williams is the hottest pickup on the planet right now. If you are still reading this and haven’t checked to see if he is available in any of your leagues, you’re doing it wrong.

Come on Larry, you are better than this! This is not the Larry Sanders we all drafted in the third round…. The bad news is this was probably the worst game of Larry Sanders career as a starter. The good news is he shouldn’t have a performance this awful again, so don’t do anything insane like drop him. He should still be in all starting lineups moving forward.

Waiver wire pick and play of the day: Pablo Prigioni (NY at CHI) owned in only 0.3 percent of ESPN leagues.

With only two games on tap, the pickings are a little slim. But Prigioni is a solid peripheral-stat play. Pablo played 37 minutes in the Knicks opener, recording 7 points, 5 assists, 3 rebounds and 3 steals. If your league is weighted towards scoring, Toney Douglas could be a nice spot play as well

Quick hits: Tim Duncan left the game early in the second half with a chest contusion and will undergo further evaluation, leaving him questionable for Friday…. LeBron James did LeBron James things, dropping 25 points and 13 assists and showing us The King still reigns supreme…. Damian Lillard looked in midseason form, nailing six threes en route to 32 points, 4 rebounds, 2 assists, 1 steal and a block, while playing a ridiculous 42 minutes…. Klay Thompson got in on the three-point action, draining five on his way to a career-high 38 points…. Trevor Ariza looked like a whole different player, busting out for 28 points, 10 rebounds, 3 assists and a steal. It may be a mirage but I’m buying in all leagues for now…. Andre Drummond is still foul prone, netting five in 26 minutes…. Greg Monroe still looks like the big man to own in Detroit after putting up 24 points,16 rebounds, 3 assists,1 steal and a block. Pump the brakes on hype train for now…. Amare Stoudemire will not be playing in back-to-back games, hence the DNPCD last night. As it stands he is fully droppable in shallow leagues…. Dwight Howard looked great in his Rockets debut, boasting a hefty stat line of 17 points, 26 rebounds, 2 assists and 2 blocks. Josh McRoberts won the Bobcats starting power forward spot and put up 15 points with some nice peripherals. I would like to see him rebound more but he is a solid deeper-league pickup…. Kevin Love is up to his old double-double tricks and treats with 31 points and 17 rebounds…. Cartier Martin came off the bench for the Hawks and scored 17 points in 17 minutes. He is strictly a deep-league pickup for now but he has had value over the years when given consistent playing time…. Alec Burks was hot for the Jazz off the bench with a 24/6/6 line…. Kevin Durant now leads the NBA in scoring after torching Utah for 42 points…. Miles Plumlee looks like the man in Phoenix after hustling his way to 18 points, 15 rebounds and 3 blocks. He should be owned in all leagues…. DeMarcus Cousins bullied the Nuggets frontcourt to the tune of 30 points an 14 rebounds…. Anthony Randolph scored 2 points with 2 rebounds and a block in 15 minutes letting us all down again, again.

Remember to be safe out on those mean streets getting your candy hustle on. Most importantly, don’t forget to set your fantasy lineups.