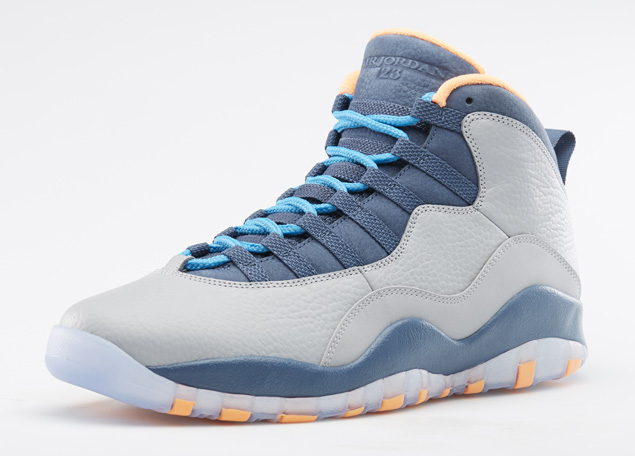 Michael Jordan, owner of the Charlotte Bobcats, technically can’t align his Jordan Brand shoes with the NBA directly in any way — this explains why the new Air Jordan 10 Retro ‘Wolf Grey’ is being called a Wolf Grey shoe and not by a Bobcats moniker, despite having Bobcats colors. Still, the nickname holds, and the shoe itself still will release to the masses. With its storied history, being the first shoe that MJ came back from retirement in, the Air Jordan 10 Retro holds special weight in its 20th anniversary of its initial release.

See more below of the Air Jordan 10 Retro ‘Wolf Grey’, courtesy of Nike, and be sure to follow @BMFKicks on Instagram and Tumblr. 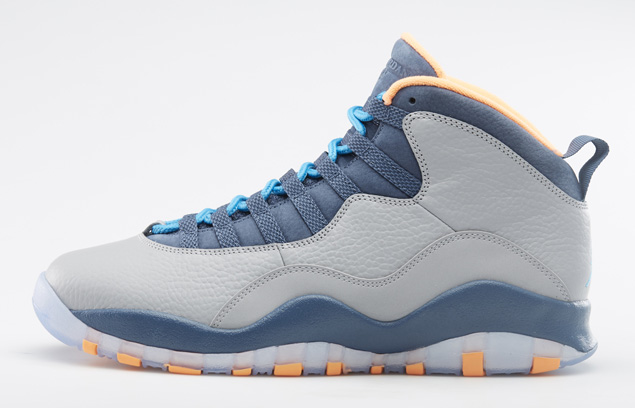 The Air Jordan 10 Retro returns. Featuring wolf grey uppers with blue and orange accents along with a clear outsole and powder blue laces, this new color combination releases on January 11 (8am EST/5am PST).