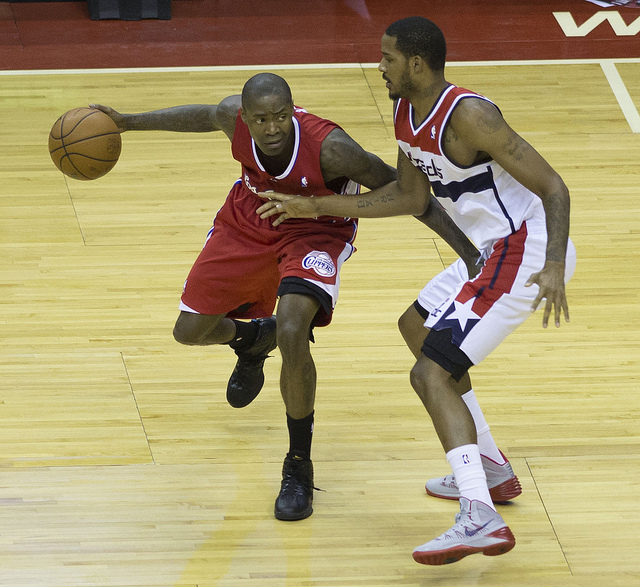 Without Chris Paul in the Los Angeles Clippers lineup, Jamal Crawford must get the starting nod.

Injuries have played a major role in the Clippers’ worse-than-expected season, and when guard J.J. Redick made his transition from hardwood to pine due to injury, Jamal Crawford stepped into a role that most don’t recognize him in—a starter.

Out since sustaining a wrist injury against the Sacramento Kings on November 29, and initially expected to miss six to eight weeks, the Clippers have gone 13-8 without J.J. Redick, who was having his best season, averaging 16 points on 46 percent shooting from the field. Guard Willie Green was inserted into the starting lineup for seven games after Redick’s injury and the Clippers suffered with a record of 3-4, the team averaging only 95 points, 10 fewer than their 105 season average which currently has them ranked sixth in the league. Clippers head coach Doc Rivers quickly moved Green to the bench and inserted Crawford into the starting lineup. Since the swap, the Clippers have piled up 10 wins and four losses, including a five-game winning streak which stands as their longest of the season.

As the Clippers prepare to face the Los Angeles Lakers tonight, word from the Clippers medical staff is that Redick is ready to return to game action. Participating in shooting drills with teammates was a good sign, although his right hand was wrapped in a brace for precaution. With no definitive answer on whether Redick would play, Doc Rivers said in Thursday’s practice, “He has been cleared and he looked good the other day, so if that’s true, he’s probably going to play.” However, his role upon returning is the biggest question, and one that the Clippers can easily answer by allowing Redick to come off of the bench until Chris Paul returns.

During the summer when the Clippers traded for guard J.J. Redick, Crawford took to Twitter to voice his displeasure with not moving upward on the depth chart:

@JCrossover all this NBA “business” going on, is it hard to keep your love for the game?–nope that’s why I can play anywhere!

Time must heal all wounds, because it seems Crawford has bought into Doc Rivers’ strategy and has made himself available either as a starter or in his career-identifying sixth-man role. He’s currently averaging 17 points and shooting 41 percent from the field, putting on display his uncanny talent for getting into the scoring column that’s made him such a highly coveted offensive weapon. Due to being a threat to shoot and break down a defense, Crawford is also setting up teammates Blake Griffin and DeAndre Jordan well, and although he’s not known for his talent on defense, Doc Rivers has praised him as a great team defender.

Undoubtedly the best Clippers starting lineup has been Paul, Redick, Dudley, Griffin and Jordan—a group that posts an off-the-charts offensive rating of 119.4. Swap Crawford into that rotation and the number falls to 107. But the Clippers sport a better winning percentage with Crawford starting: 73 percent compared to Redick’s mark of 68 percent.

Then the unthinkable happened when Chris Paul went down with a shoulder injury. With Darren Collison stepping in and taking over the starting point guard duties for the next five to seven weeks, the Clippers must allow Redick to work himself back into game shape with the second unit while the starters continues to thrive with Crawford. Making two new substitutions in your starting lineup midway into the season isn’t ideal, as the majority of NBA teams at this point look for more consistency and the solidification of their identity.

Redick has thrived on Paul’s playmaking and incomparable ability to generate open shots for his teammates. Although capable of making the extra pass, the more scoring-focused Collison has averaged 16 points in the last three games, almost double his season average of nine. It’s unknown whether Collison and Redick will be a good fit in the starting lineup for a possible two months as they’ve only been on the court in tandem 13 times this season for an average of three minutes. That’s not to say a combination of Collison and Redick can’t work, but in support of Crawford starting until Chris Paul returns—if it ain’t broke, don’t fix it.