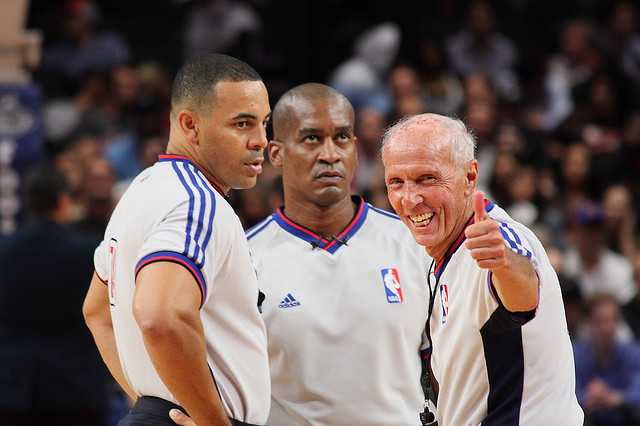 For the second time in two weeks, the NBA office released a statement acknowledging that the opponent should have been awarded potentially tying free throws in the final second of a Mavericks victory.

“After reviewing postgame video, we have determined a foul should have been called on Dallas’ Monta Ellis for illegal contact on the arms of New Orleans’ Austin Rivers while Rivers was attempting a three-point field goal,” NBA president of basketball operations Rod Thorn said in a statement released Sunday, the day after Dallas’ 110-107 win over New Orleans. “Rivers should have been awarded three free throws with 0.6 left on the clock.”

The Mavs’ win over the Minnesota Timberwolves on Dec. 30 ended in similar fashion. Thorn released a statement the next day acknowledging that Shawn Marion should have been called for a foul that would have given Kevin Love a chance to shoot free throws to send the game into overtime. ESPN