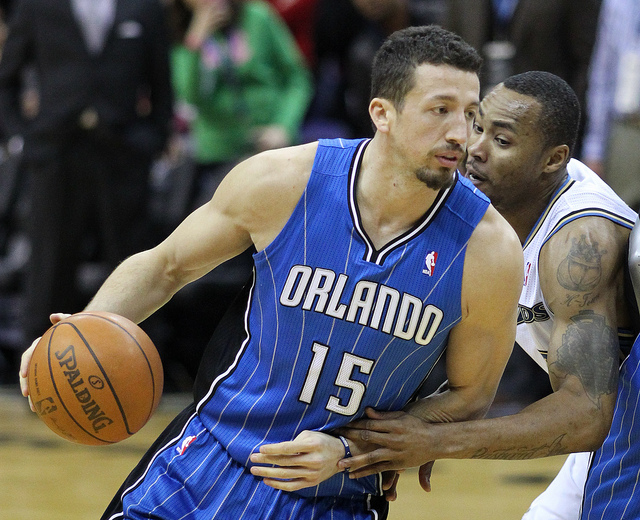 The Los Angeles Clippers are reportedly prepared to sign free-agent forward Hedo Turkoglu for the remainder of the season pending a physical. The 6’10” 34-year-old forward originally from Turkey last saw action with the Orlando Magic in the 2011 season and has career averages of 12 points and three assists in 13 NBA seasons. He was officially waived by the Magic on January 3, and was seen working out at the Clippers practice facility one week later. At Tuesday’s Clippers practice coach Doc Rivers addressed the team’s interest in Turkoglu: “We could, yeah. We’re looking at him strong. I can say that much.”

With not many minutes last season, Turkoglu made headlines more for his suspension of 20 games by the league for the use of anabolic steroids, which are banned under the NBA’s anti-drug program. The former 16th overall draft pick appeared in only 11 games and averaged three points, two rebounds and two assists for a Magic team more concerned with recovering from Dwight Howard’s departure and the injection younger players, hoping to embark on a lengthy rebuilding project with the ultimate in optimism.

L.A. currently has a full roster of 15 players and will need to waive a player to make room for Turkoglu, with the most likely candidates being either point guards Darius Morris or Maalik Wayns, both of which are currently playing on 10-day contracts that expire on Thursday. If Turkoglu passes his physical examination, it’s expected he will be officially signed that day.

Prior to being released, Turkoglu consumed $12 million of Orlando’s cap, although only $6 million was guaranteed. When Orlando waived him before the January 7 deadline, they avoided paying him the addition $6 million. The Clippers will be Turkoglu’s sixth team in his career.

With an ability to play the stretch-4 position, one that hasn’t seen much consistency from forwards Antawn Jamison or Byron Mullens, it isn’t clear why identical players who are less than capable on the defensive end of the floor will take three roster spots. Especially for a team that’s publicly stated their interest in making defense their calling card. Obviously Doc Rivers saw something in Turkoglu’s workouts that we’ve been unable to see in his previous seasons. Rivers commented on Turkoglu to ESPN’s Arash Markazi, “I just like him as a player. I think he’s out there and we should look at him. I’ve always liked him. He can play the 3 and 4. It’s a position that we can use in some ways, so we’re looking.” I suppose we’ll see if Turkoglu can live up to what the Doc has ordered.