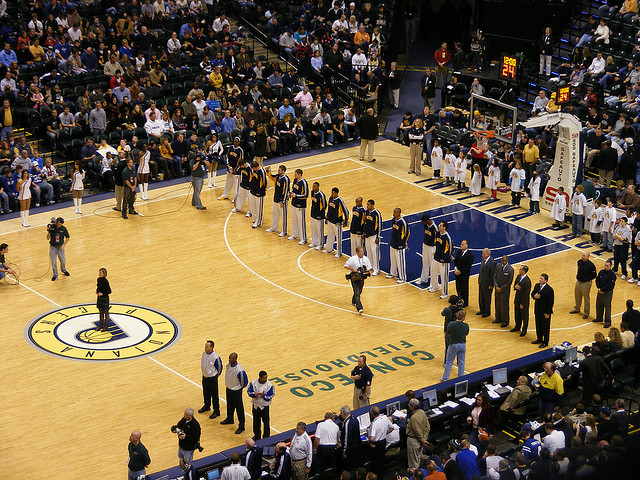 Former coach and current NBA analyst Jeff Van Gundy doesn’t think DeMarcus Cousins is an All-Star. His statement during a radio interview today wasn’t a reflection of Cousins’ game, but rather the lack of team success the Sacramento Kings have had this season.

Tuesday, both Cousins’ dominance as well as his deficiencies were on full display in a 116-92 loss to the Indiana Pacers.

Cousins bullied his way inside to the tune of 31 points and 13 rebounds – including 19 points and 10 rebounds in the 3rd quarter – but his teammates failed to show up on either end of the court. Against weaker teams in the league, Sacramento may be able to get by with poor performances from Rudy Gay and Isaiah Thomas (to say nothing of the Kings’ inconsistent bench), but not against an elite team like Indiana.

“They’re the number one defensive team in the NBA for a reason. We’ve had three guys scoring at a high level for us. Tonight, Rudy didn’t get off, Isaiah didn’t get off and that makes it very hard for us; puts a lot of pressure on us,” said Michael Malone.

Eastern Conference All-Star coach Frank Vogel has his Pacers playing unselfish basketball and they set a season high in points and shooting percentage Tuesday, but the key difference in the outcome was on the defensive end of the court. With Cousins enforcing his will inside against defensive stalwart Roy Hibbert, the Pacers simply tightened the screws and shut down everyone else on the Kings. When Cousins wasn’t involved in the offense, the Kings failed to score, and their inability to contain the Pacers on offense ended their three-game win streak.

Unable to score easy baskets the Kings had experienced in their recent success at home, the team reverted back to the sloppy and selfish play Malone has attempted to minimize this season.

“To win on the road in the NBA against a great team, you can not have the kind of turnovers we had,” said Malone.

As the turnovers for the Kings mounted and led to easy baskets, they over-dribbled, failed to pass and ultimately played right into the Pacers’ preferred style of basketball.

Indiana was led by its own likely All-Star, Paul George, who took advantage of Sacramento’s defense to break out of his mini-slump. His 31 points and tough defense on Gay were keys to the win, yet Indiana had four other players in double digits and balanced scoring off its bench.

For Cousins, it was a testament to his improving skill level as well as his emotional maturation as he mostly kept himself under control and increased his effort as the game went on. A similar no-show from teammates last season may have led to outbursts and decreased aggressiveness, but this year’s Cousins has a different mindset.

The game was also a potential wake up call that the team’s recent success, mostly against the league’s cellar dwellers at home, has not solved its issues on either side of the court. With the road trip off to a rocky start, Cousins and his teammates have more to prove.

Basketball is a team sport and tonight’s game demonstrated how hard it is to win as an individual.