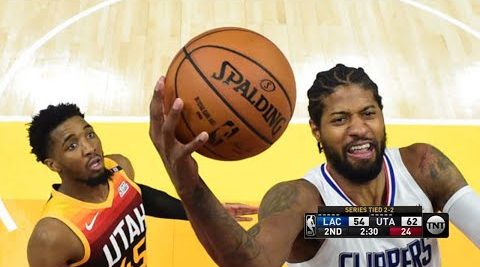 After seeming down and out after recent news of Kawhi Leonard being out indefinitely, the Los Angeles Clippers weathered the Utah Jazz’s downpour of threes to win 119-111 and take series lead of 3-2 into a crucial Game 6

Utah hit 17 first-half 3s, but the Clippers were down only five points at halftime. Trust goes a long way in the postseason, and it can come from a foundation built in the regular season. And that trust, from head coach Tyronn Lue to George to the Clippers who needed to step in and up, was validated during their 119-111 Game 5 win in Utah that gave the Clippers a chance to close the series out Friday night at Staples Center.

“It was a tough blow. But, you know, we don’t want nothing but the best for Kawhi,” George said. “It’s a positive. He can get some rest. Hopefully, we can hold it down.”