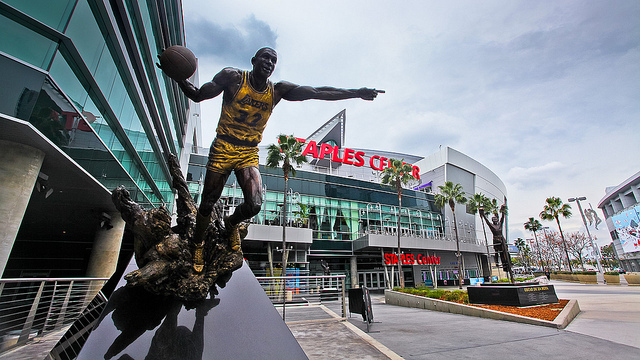 Magic Johnson has never been reluctant to give his opinion on how the Los Angeles Lakers are playing, and Wednesday he said the problems on the court can be traced to the owner’s office.

Johnson, whose Hall of Fame playing career included five NBA titles in 13 seasons with the Lakers, says owner Jim Buss needs to take a few pages from the book written by his father, Jerry Buss, who made the Lakers one of the most successful and entertaining franchises in professional sports.

“This is what happens when you make the wrong decisions, two coaching wrong decisions, giving Steve Nash that deal, it’s backfired,” Johnson said during a meeting at The Times between Dodgers officials and Times writers and editors. Johnson is a part owner of the Dodgers.

“The biggest problem they’re going to have right now … you’ve got to get a guy like Jerry West to be the face of the team. … You’ve got to have someone helping Jim. He’s got to quit trying to prove a point to everybody that he can do it on his own, get his ego out of it, and just say, ‘Let me get someone beside me to help achieve the goals I want.’ ” Los Angeles Times