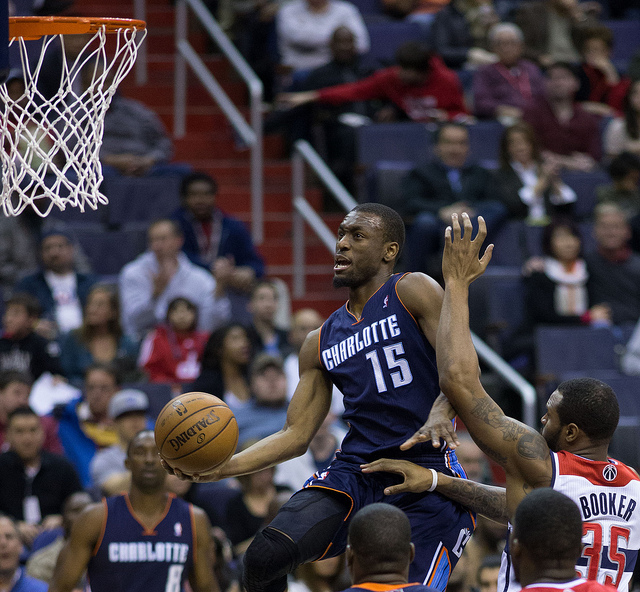 After a gut-wrenching triple-overtime loss to the Chicago Bulls, the Orlando Magic welcomed the Charlotte Bobcats to town. The Magic, who were looking for their first win of the new year, came up short yet again on Friday night, losing to the Bobcats 111-101. The loss was their 10th straight and 21st in their last 25 games.

Charlotte jumped out to a quick start, grabbing a 19-2 lead before you could even blink. However, the Magic found a groove offensively, fighting their way back into it with a 10-2 run to cut it down to a 10-point game. The Bobcats pushed the lead back out to 12 by the end of the period, holding a 30-18 lead after one.

Orlando came out in the second quarter quick, making shot after shot. Unfortunately for them, the Bobcats did the same thing, until back-to-back Victor Oladipo buckets. One of which, an electrifying dunk on Gerald Henderson, gave the Magic the energy they needed to grab a one-point lead going into the half.

The second half started much like the first ended, with the Magic knocking down shots, pushing their lead to a game-high five. What ensued was the Bobcats making their push, grabbing the lead for the remainder of the game. The Magic fought yet again, chopping the lead down from 10 to four going into the final quarter.

The final period saw the Bobcats march to the free-throw line, time after time. Their lead shot back up to 11, before three three-pointers, including a four-point play, got the Magic within six. However, their inability to get stops and put together consistent offensive possessions killed them in the end.

Charlotte was led by a big night from Al Jefferson. “Big Al” finished with 30 points and 16 rebounds, 12 and seven of which came in the final quarter of action. Electrifying point guard Kemba Walker poured in 19, while dishing out 10 assists on the night. Former Magic man Josh McRoberts knocked down three after three, hitting 5 of 7 from deep en route to 17 points. Guard Gerald Henderson scored 17, 11 of which came from the free-throw line, while Ramon Sessions added 10 off the bench.

The Magic welcomed their leading scorer Arron Afflalo back in a big way. Afflalo finished with a team-high 24 points after missing the team’s previous three contests with a sprained foot. Versatile forward Tobias Harris and point guard Jameer Nelson finished with 18 apiece, with Nelson adding eight assists to his line. Big man Glen Davis notched a double-double, scoring 11 points and grabbing 11 rebounds, while Oladipo finished the game with 11 points and 10 assists.

After being sorely missed during his three-game absence, Arron Afflao returned the same way he went out: scoring. Bobcats head coach Steve Clifford complimented Afflalo’s efficiency scoring the basketball pre-game, and Afflalo was able to show it on Friday. Neither his 24 points or 7-of-14 shooting effort were a surprise from the UCLA product. He’s been doing it all season, and has caught the eyes of many. The team looked more fluid offensively with the sharpshooter out there, and his strong case for an All-Star berth continued against the Bobcats.

After a career night against the Bulls, the Indiana product was able to put together another solid game. While he was unable to get his offense going in the second half, scoring a mere one point, his continued ability to get teammates involved is a welcome sight for the Magic and their fans. He’s still transitioning and learning to play point guard and has had his struggles, but nights like tonight show he can play the position. The next big step in the rookie’s growth will be showing an ability to really run the team in the half court, and not only be effective on the fast break.

“You know me, I’m a no excuse kind of guy. The rules were fair tonight for everybody, five guys got a chance to be on the floor at the same time and some nights are tougher than others. We talked about it before the game, the mental part of it, which I was concerned. The 19-2 start was part of that mental part, but I think overall we showed some resolve to come back at halftime, so mentally challenging tonight for us.”

“I didn’t anticipate playing him that long, but 19-2 changes your strategy a little bit, so I played him 37 minutes, I asked him a few times throughout the course of the game how he felt. It looked like he was running pretty well and after the game I asked and he sad he was solid, so he was good.”

After shooting 10-of-18 in the first half in the painted area, the Magic shot a woeful 2-of-9, finishing with 24 points on the night.