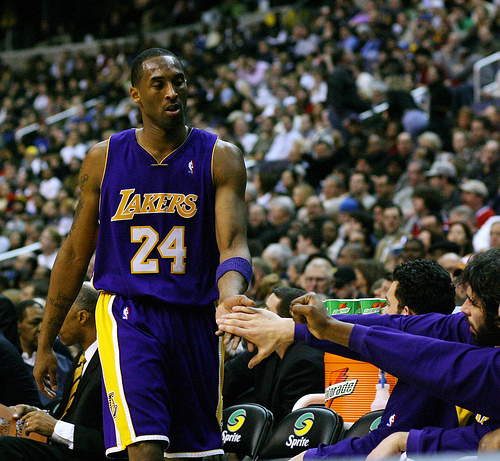 Jackson, who teamed with Kobe Bryant in Los Angeles to win five of his record-setting 11 NBA championships, has confidence that the injured guard will return to form after he recovers from the fracture of the lateral tibial plateau in his left knee that will keep him out at least three more weeks.

“I think he’ll be back,” Jackson said. “I think Kobe is going to be still a scorer. He can score. We saw Michael Jordan at the end of his career still scoring 20 points a game and he was 37-38, I think. Maybe he was 38-39, I can’t really remember. But I think Kobe can still post up. I think he can still be a good screen-roll player. He’s going to hit shots. He can still shoot the 3-pointer. I think he’s really realistic about it. He’s really pleased. He felt like, you know, I will come back.”

Most people would now agree that Bryant rushed back from injury too soon. It’s far too soon to know if he can contribute as much as Michael Jordan did with the Washington Wizards (which is still an incredibly underrated period in Jordan’s career). Bryant didn’t look good in the few games he was able to play in. I’m keeping my expectations low until next season.

On the other side of the coin, a lot of people in Los Angeles are still upset about Mike D’Antoni being hired ahead of Phil Jackson. It came off as clumsy and personal leading to Jeanie Buss calling it “a betrayal,” and several former Lakers’ greats speaking out against Lakers’ management. Every quote by Jackson concerning the Lakers is assumed to be an opportunity to sully D’Antoni so he can take over as the head coach and do a better job.

No one can salvage the current season in Los Angeles. It’s time we all except that. – AL