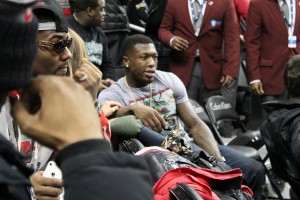 “It’s always tough to see one of your players go down with an injury,” Connelly said. “Nate is known for his heart and determination, so I have no doubt he will work hard to get back on the court as soon as possible. He has the full support of our team and organization.”

The last two seasons have been extremely tough on the bodies of NBA players. Guys are consistently going out for months at a time or missing entire seasons. I’m really bummed to see this happen to Robinson after he played so well for my Bulls last last year. Hoping for a full, speedy recovery. – AL