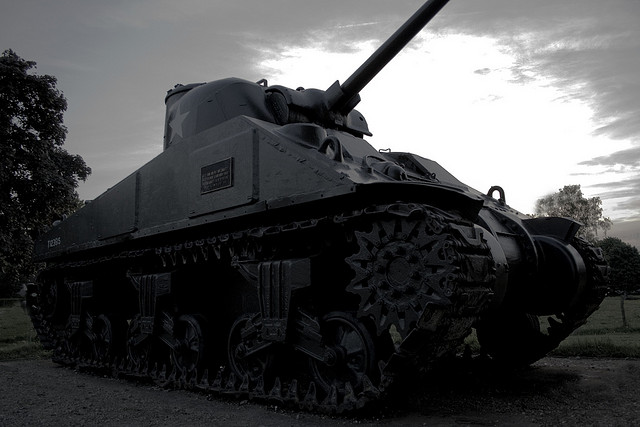 The Milwaukee Bucks are bad this season.

I just thought that would be necessary to get out of the way right up front. After starting a poor 5-16, it looked as though they may be locked in a tough race for the worst record in the NBA, but they have surprised everybody and gotten even worse by going 3-23 in their last 26 games. This stellar stretch of losing has the Bucks with a nice four-game lead on the second-to-last place Orlando Magic, as the teams jockey for draft position in hopes of receiving the No. 1 pick.

Now that I have described how bad the Bucks are (don’t worry, this is just the beginning), here is the real question: why are the Bucks so bad?

Although I don’t like to tell my friends, I watch nearly every Bucks game. If somebody texts me during the game, I tell them that I am watching a funny movie, when in reality I am actually just laughing at the Bucks. In my view, their poor play is a combination of bad contracts, poor chemistry, uninspired play, a fractured locker room, being the Bucks, an overwhelmed coach, stealth tanking, and being the Bucks. Basically, everything.

Don’t get me wrong, though, the Bucks have some extremely talented players. The only problem is that they are either being used incorrectly, or the players around them make it impossible for them to play the way that would be the most effective (or effective at all). Before I delve too deeply into a player-by-player evaluation, let’s break down the Bucks’ problems as they stand now.

It was fairly obvious that the Milwaukee Bucks were going to have a long season when news came out that Larry Sanders had torn his thumb ligament during a brawl at a Milwaukee night club. When you realize that the random flail-punching-while-slipping-like-bambi-on-ice by Sanders in the video is the best offense that he has played all year, it starts to sink in how rough the season really is. Following the signing of a four-year, $44 million contract this offseason, Sanders has struggled to duplicate the success he had last season. Throw in a heated locker room skirmish with Gary Neal at the beginning of January, and you have a recipe for trouble.

The Sanders/Neal fracas is most likely not the only vocal disagreement between Bucks teammates this season, as there have been a number of moments on the court where one player’s discontent with a teammate spilled into a timeout. What is obvious is that very few players on the court seem to feel comfortable playing with each other. Rookie point guard Nate Wolters has shown flashes of brilliance in pick-and-roll or cut-and-dish situations with John Henson and Giannis Antetokounmpo, and Brandon Knight has gotten more comfortable playing with Sanders and Ersan Ilyasova as of late, but the moments are few and far between for the most part. On most nights, this team looks like the season premiere of Big Brother: nobody knows each other, so they keep their distance and do their own thing, obnoxiously, until they get drunk and yell at each other or finally begin to bond.

The Bucks underwent one of the most exciting offseasons in recent memory, although very little of that excitement was felt by the team’s fans. While they had ample cap room to use, they ended with a haul of O.J. Mayo, Zaza Pachulia, Gary Neal, and Carlos Delfino. Those four are being paid a combined $19.8 million this season, and to make matters worse, they are all multi-year deals (three years for Mayo, Zaza and Delfino, and a two-year deal for Neal). So what exactly have they gotten out of that $20 million? A lot of chucked three pointers with 22 seconds left on the shot clock from Gary Neal, an O.J. Mayo who has already run out of juice in January, an unfortunate broken foot from Zaza, and maybe a high-five or two from Carlos Delfino as he still hasn’t played this season while recovering from foot surgery. Not exactly great value from a free-agent class.

What makes these signings the worst however is that they never really seemed like good signings to begin with. Sure O.J. Mayo is a talented scorer, but almost everybody could predict that he would have trouble being the only go-to guy on a bad team, and he proved this year that either he can’t be, or he doesn’t want to be.

In Zaza’s case, he is an extremely solid backup big man, but he would be better suited on a contender who could use his experience and toughness, rather than on the Bucks where he takes away minutes from the younger big men. The same can be said for Neal, who proved during his time in San Antonio that he can be a productive bench shooter in the right system. The problem in Milwaukee? There is no system. Bucks coach Larry Drew lets him run the point at times, and I think I remember him passing the ball once, but that may have just been a dream. The Delfino signing sits alone in a category by itself, because I have yet to talk to a fan who understood signing a player who was obviously dealing with a serious foot injury, let alone to a three-year deal for $3.2 million per year. This may be one of the few cases in the NBA where I believe blackmail may be involved.

Larry Drew is not as bad of a coach as he looks right now, but at the same time he has done very little to prove that he deserves the job going forward in the Bucks rebuild. He has made the right decision in implanting Antetokounmpo into the starting lineup to let the Greek rookie get some playing time, but beyond that his lineup management has been poor even to a fan base who welcomes losses as they roll towards the No. 1 overall pick. He has been unable to inspire Mayo, and has been unable to stop the amount of chucking his guards have unleashed this season. As the losses begin to pile up, and the look on Larry Drew’s face becomes more distressed … Wait, who am I kidding? His face always looks like O.J. Mayo just kicked his dog (though who are we to say that he didn’t?). Basically, Drew’s future with the Bucks looks about as secure as Target’s computer network.

It is impossible to deny, the basketball gods most likely hate the Bucks. Between the ownership intent on keeping them between 34-41 wins, the loss of player morale when they arrive in Milwaukee, and the fact that Monta Ellis somehow found new life in Dallas, being a Bucks fan is tough. How else can you explain the trade of Tobias Harris to the Magic for a two-month rental of J.J. Redick? How else can you explain the team giving a very reasonable four-year contract to an improving big man in Sanders, and then proceed to watch him take steps backwards before the contract even went into effect? How else can you explain Ilyasova’s apparent loss of basketball skills right when he would have made the perfect trade asset? You can’t. If you’re a Bucks fan you accept it.

But there is a bright future on the horizon if they do secure the worst record in the NBA. After all …

The Team Does Have Valuable Assets

While the Bucks have had their share of underperforming players this year, they have seen higher-than-expected output from a handful of players, namely Henson, Antetokounmpo, and Khris Middleton. Nobody thought that 19-year-old Antetokounmpo would make much of an impact in his first year in the league, let alone get some starts. But he has. While there have been games where he looks overmatched, a little lost, and a little raw, that is to be expected. If the Bucks are going to lose, it should be with him on the court, and in that case his 27 MPG in December and January are a welcome sign to Bucks fans. Even better, in a season where high-fives have been few and far between, Antetokounmpo (have you noticed that I finally learned how to spell his name and am eager to type it as often as possible?) has hands big enough to high-five the entire team all at once.

John Henson finds himself in the same boat, as injuries to Sanders, Zaza, and Ekpe Udoh have opened up a nice spot for him in the Bucks lineup and he has rewarded the team with solid play (12 and 8 on 53 percent). While fans are still upset at losing Harris to Orlando for nothing last season, they can at least take solace in the fact that another draft pick of theirs is panning out well so far. It will be interesting to see how coach Drew handles Henson’s minutes now that Zaza has returned from injury, but it is obvious that he has earned the minutes he has been given so far. While Kris Middleton may not ever be a superstar in the league, it is nice to see that the add-in from the Brandon Jennings/Brandon Knight trade has adapted well to his increased role. He has shown a consistent shot from downtown and if the Bucks ever build a starting lineup, he could be a valuable bench piece in their future.

So, What is the Outlook?

I believe the Bucks have two suitable options for the remainder of the season:

With that being said, I don’t think the Bucks need to try to lose in order to achieve the worst record in the NBA. Though I am certain that all of Milwaukee will be holding their breath hoping that ownership doesn’t trade away any of its young core for a veteran in hopes of somehow sliding into the eighth spot in the Eastern Conference. After all, they are still the Bucks.