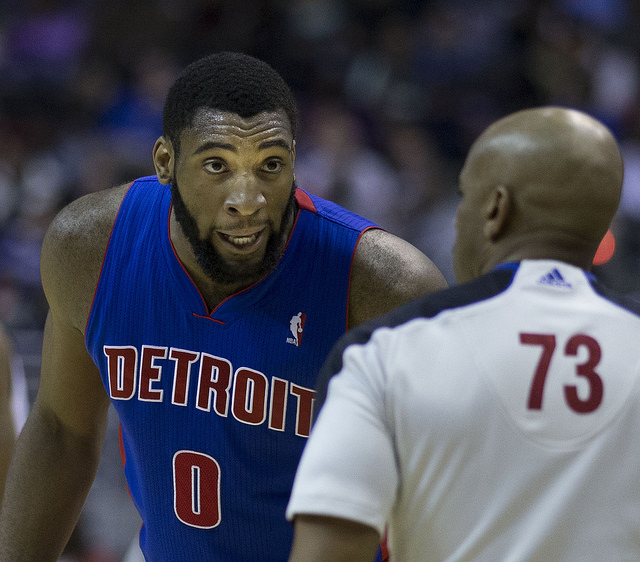 The NBA’s Rising Stars Challenge is where defense goes to die, and it’s a beautiful place.

The game’s pace was so dizzying, it felt like I was shaken into some alternate reality where Space Jam collided with the NBA Blogosphere.

Where else would we see Dion Waiters and Tim Hardaway Jr. unconsciously trade baskets for minutes at a time or the Plumlee brothers, Mason and Miles, exchange rim rattling dunks or Kelly Olynyk running the fastbreak? (OK, maybe that last one wasn’t so pretty.)

Rookies and sophomores stepped onto the floor, the cameras turned on and we were all transported to the Twilight Zone.

In just forty minutes of play – two twenty minute halves – Teams Hill and Webber combined for 278 points. Team Hill came out on top with a 142-136 defeat of Team Webber.

From the beginning, the contest looked more track and field than basketball, with players constantly running up and down the floor, skying through the air and lofting up jumpers with zero regard for shot selection.

Jared Sullinger shot the basketball like he’d never do it again; by the end of the night he’d taken nine threes, only second to Hardaway Jr.’s 16 three-point attempts.

Hardaway Jr. was essentially the game personified. Like most everyone else, he played little defense, and put on an offensive show, initiating a shootout with Waiters late. In the highlight of the contest, the two went back and forth against one another, testing the limits of the other’s hot hand.

For a few minutes of the game, the eight other players on the floor were just props, present for the sole purpose of making Waiters and Hardaway Jr.’s showdown look like part of a five-on-five game when, in truth, it had devolved (or perhaps evolved) into a one-on-one match. The two young shooting guards, who usually defer to superstars on their respective teams, took full advantage of the freedom that comes with playing on All-Star Weekend. The back-and-forth exchange was street ball brought to the hardwood, gunners at their finest.

With as many shots as Waiters and Hardaway Jr. were putting up, and Sullinger shooting an unconscionable amount of threes, there were plenty of rebounds to be had and Andre Drummond grabbed them.

While the guards put on most of the fireworks, Drummond walked away with the hardware, earning the game’s MVP honor. His 25 rebounds were the most any player has pulled down in the contest’s history. With little desire to hustle on the opposition’s part, Drummond had his way inside and tallied 30 points as well.

The up-and-down, defenseless Rising Stars Challenge started off difficult to watch, but became increasingly fun as the night went on. If it’s any indication, we’re in for another over-the-top representation of what makes basketball great, something All-Star Weekend does best.