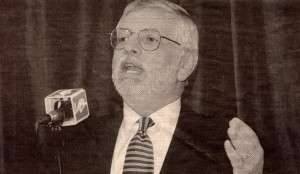 Baller Mind Frame’s No Layups brings you the hottest NBA stories on the web mixed with personal opinion from our very own Aaron Lanton. Check it often and absorb the knowledge we’re dropping on you!
David Stern is going from the NBA commissioner’s office to the Hall of Fame.

The recently retired Stern was elected Friday to the Naismith Memorial Basketball Hall of Fame and will be enshrined with the class of 2014 on Aug. 8 in Springfield, Mass.

Stern was on a ski trip to Colorado on Friday with his wife while the NBA was holding its first All-Star weekend without him in charge since 1983. New Commissioner Adam Silver and many other league employees who worked under Stern attended the press conference.

”I wanted to be here for David because I knew he wasn’t in New Orleans this weekend. Just to be here to share the experience and then relay it back to him what the feel in the room was,” said Silver, who worked under Stern since 1992.

”As I said earlier, while David is a modest guy, I know he was moved by the fact this was all happening so quickly, and he has always told me he doesn’t like to reflect back sort of on his life or his career, but this will certainly force him to. And I know this is an emotional moment for him and it’s an emotional moment for everybody who has worked with him over these years.” Associated Press

A list of Hall of Fame finalists and their cases for induction can be found at Bleacher Report. – AL