At NBA All-Star Weekend, anything is bound to happen, but we here at Baller Mind Frame weren’t expecting what adidas released. Releasing three certified classics during the 2014 NBA All-Star Break, the brand with the three stripes made available to the public a trio of the most revered basketball shoes in brand history in new forms — the adidas Crazy 8 “The Blueprint”, the adidas Originals Jabbar Hi “The Blueprint” (formerly The Kareem) and the adidas Originals Top Ten “2 Good To Be T.R.U.”

Paying homage to maybe the greatest center (or player??) in basketball history in Kareem Abdul-Jabbar with two tribute sneakers and shining a light on rapper 2 Chainz with a new pseudo-signature shoe, all three models have been received positively and with much fanfare.

See more about the Crazy 8, Jabbar Hi, and the Top Ten below, courtesy of adidas: “The Blueprint” Crazy 8, a limited edition version of the classic Crazy 8 shoe that pays homage to one of the greatest basketball players of all-time, Kareem Abdul-Jabbar.

adidas interviewed several NBA athletes including Derrick Rose, Damian Lillard and John Wall about what Kareem meant to them and the game of basketball.  One response stood out above all the rest; Kareem represents “the blueprint” to greatness as a person, an athlete and as a philanthropist.  The names and responses of the NBA athletes interviewed are featured on the sockliner of the shoes.

The blue-based upper is inspired by Kareem’s career at UCLA where he finished his college career with an 88-2 winning record, three NCAA championships and numerous accolades including two-time Consensus Player of the Year and three-time Most Outstanding Player in the NCAA tournament.

The upper is constructed of a single piece of synthetic suede with stitching and molded details that highlight the simplicity of the original model. Additional details include a custom tongue patch that displays Kareem’s iconic hook-shot and signature. Kareem’s number, 33, is stitched on the heel and toe of the shoe. 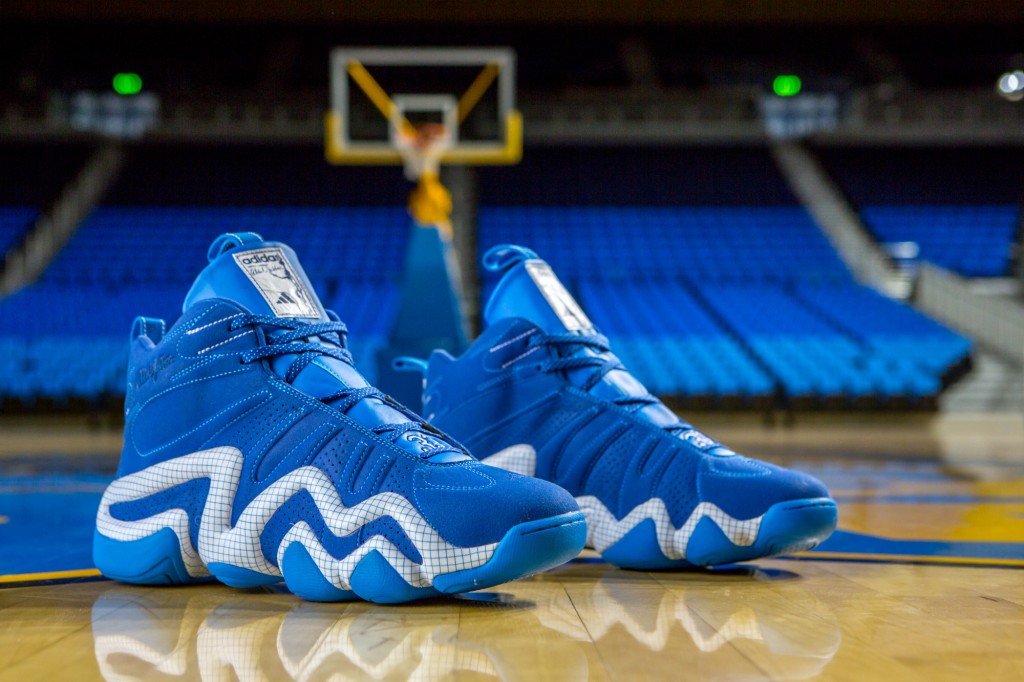 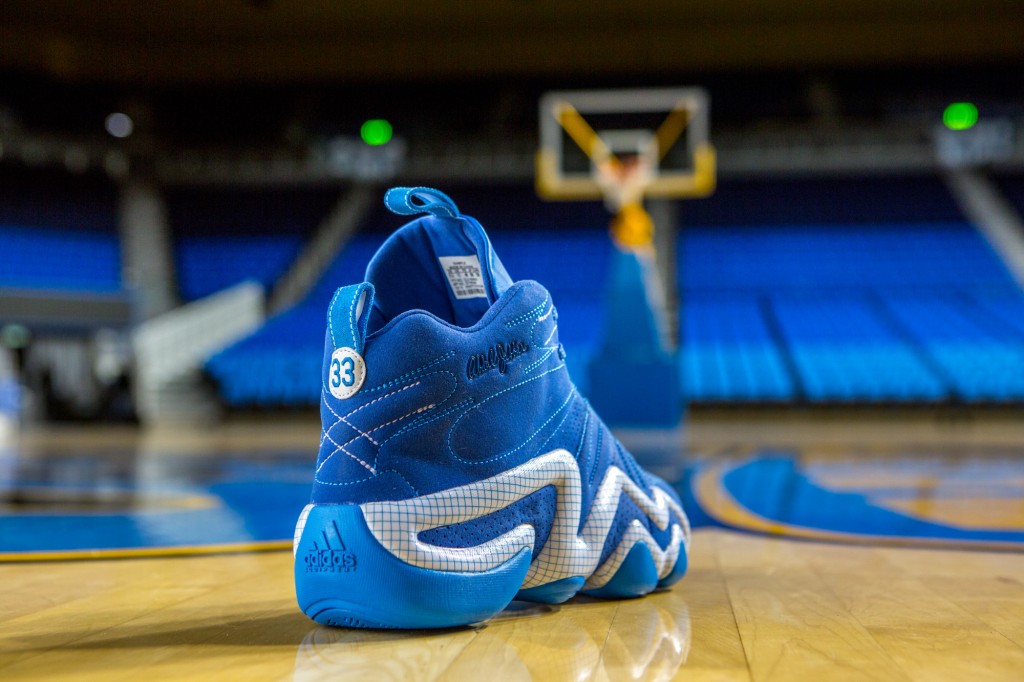 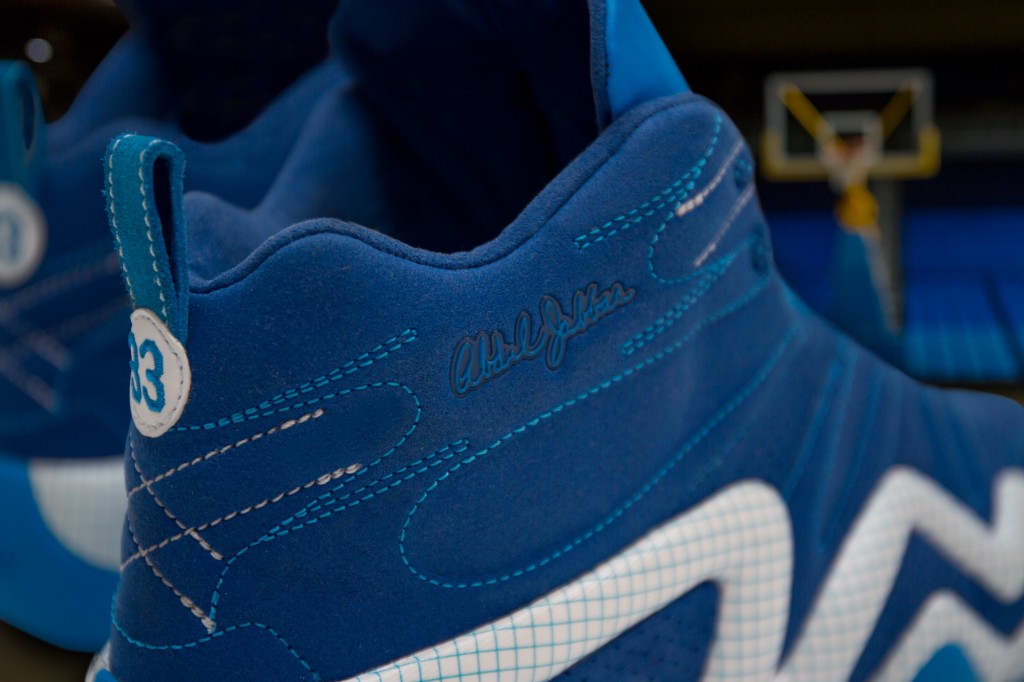 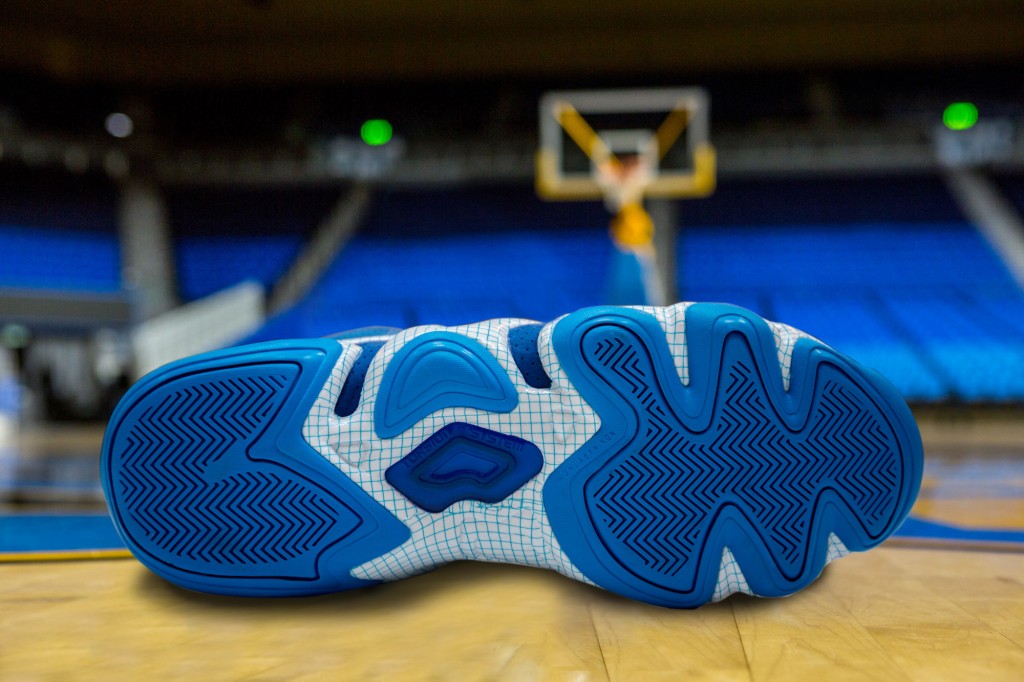 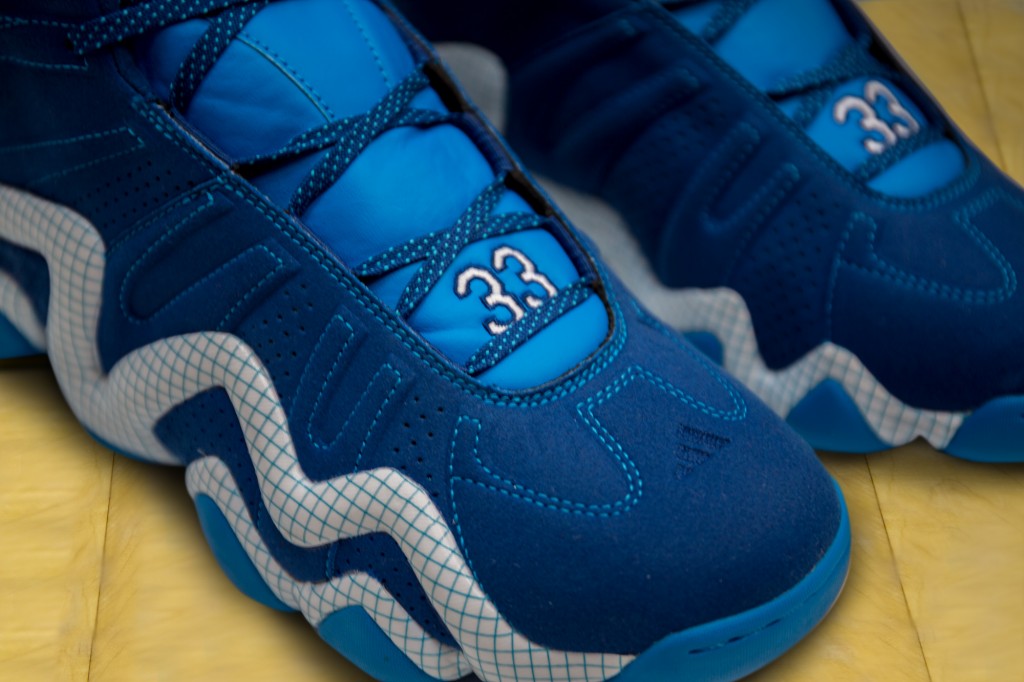 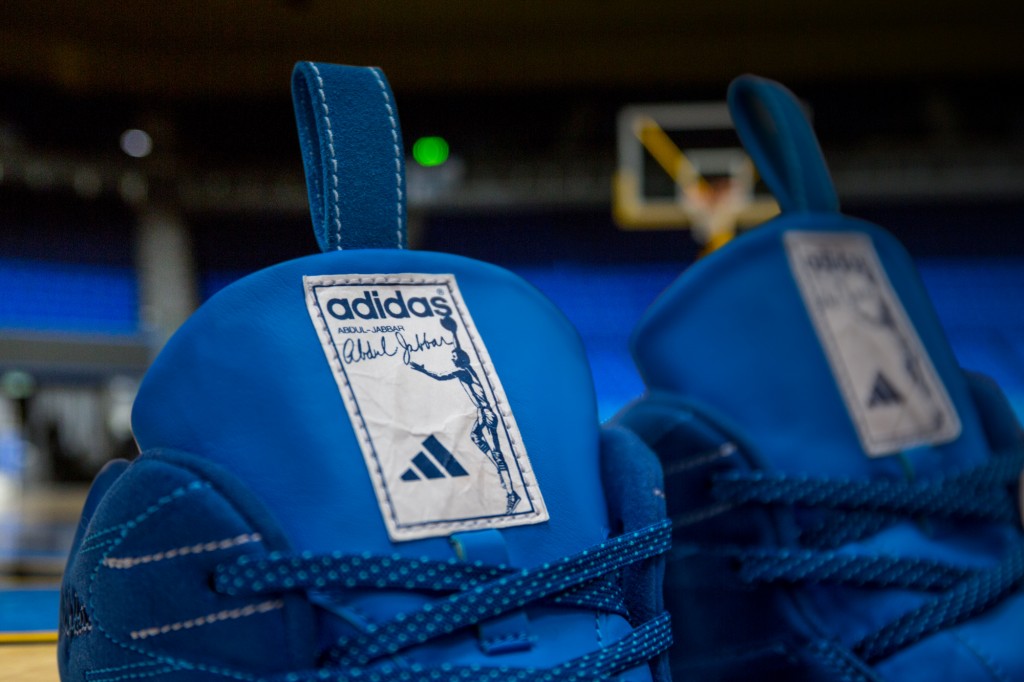 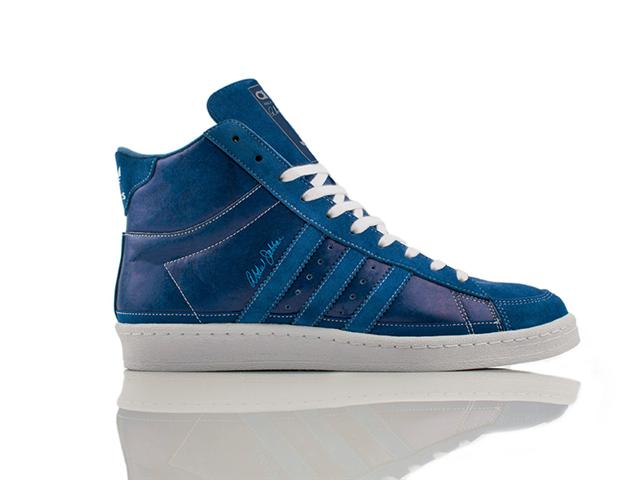 adidas Originals asked the top NBA players, including Derrick Rose, Damian Lillard, and John Wall among others, about what Kareem meant to them and the game of basketball. One response stood out above all the rest; Kareem represents “The Blueprint”. He is the blueprint to greatness as a person, an athlete, and as a philanthropist.

When the world was introduced to Kareem, his rare combination of height and skill had never been seen before. By the time his dominant career was over, Kareem amassed 3 NCAA championships, 6 World Champions, 6 NBA MVP awards, 19 All-Star appearances, the all-time record for blocked shots, and he remains the all-time points leader in NBA history.

In homage to Kareem as “The Blueprint”, the artwork was created by duo Morning Breath, Doug Cunningham and Jason Noto, which mirrors a classic blueprint spread which details the plan to show how something can be made.

The schematic layout tells the story of the upcoming Kareem “The Blueprint” sneaker and his illustrious career.

When the world was introduced to Kareem, his rare combination of height and skill had never been seen before. Dropping during All Star Weekend, “The Blueprint” Jabbar Hi is crafted out of actual Tyvek® blueprint paper which includes white contrast stitching, laces, and printed graphics. Each player interviewed is printed on the right footbed, each response is printed on the left footbed. Available at adidas Originals retail stores and adidas.com, $100. 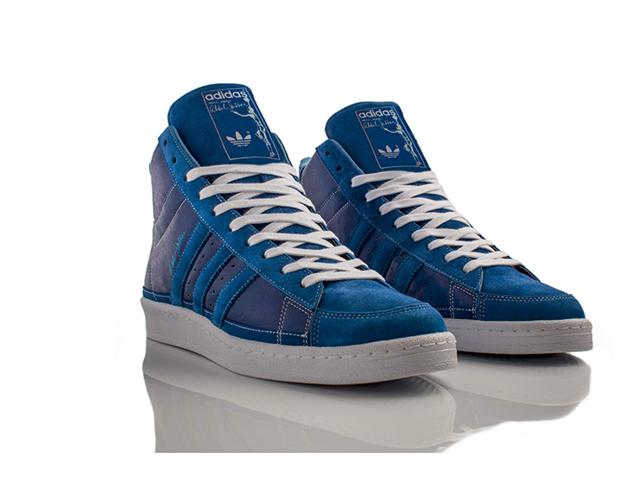 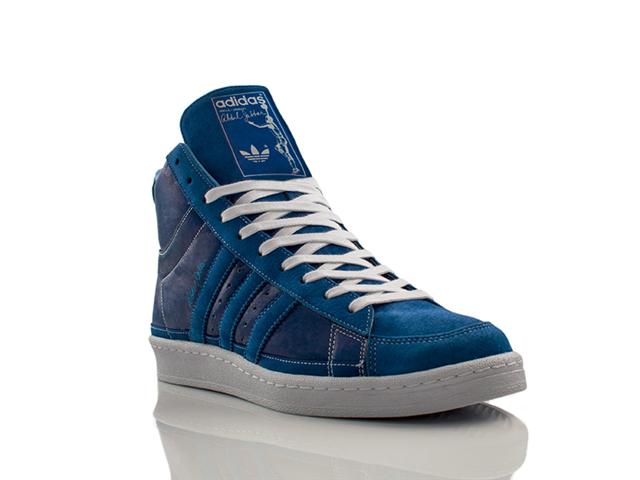 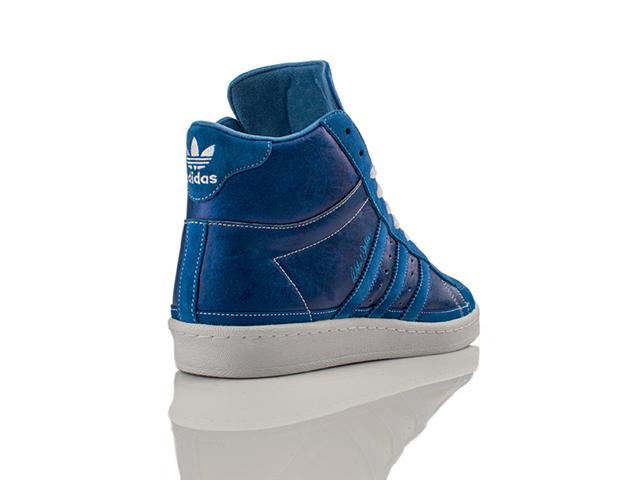 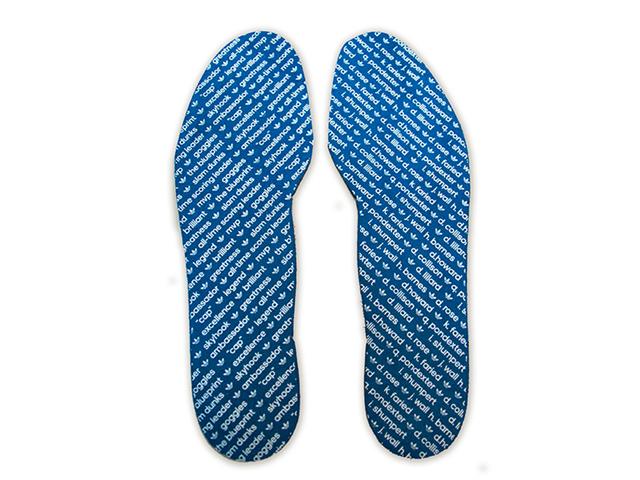 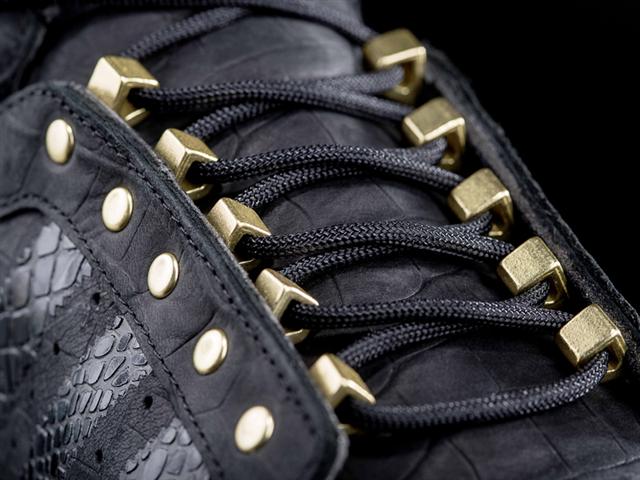 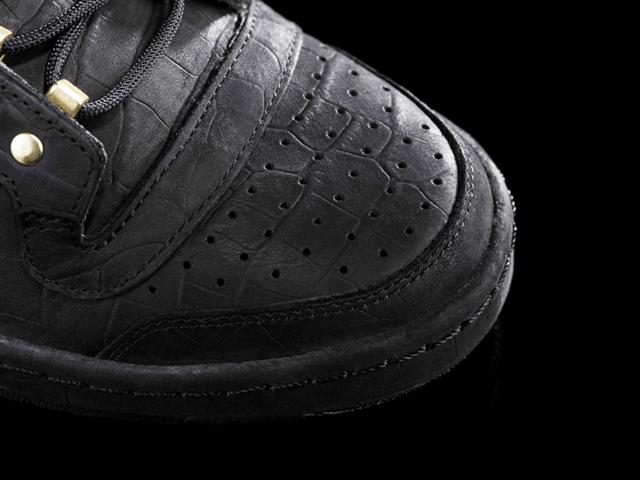