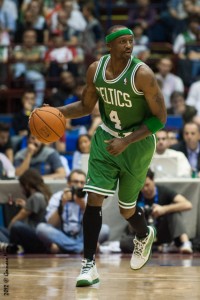 The Sacramento Kings say recently acquired guard Jason Terry will spend the remainder of the season rehabilitating his left knee.

The announcement Saturday came two days after the Kings got Terry and Reggie Evans from the Brooklyn Nets for guard Marcus Thornton. Sacramento traded Thornton to give rookies Ben McLemore and Ray McCallum more playing time, leaving Terry’s role on the rebuilding team in question.

Kings general manager Pete D’Alessandro says giving Terry “time to rehab during the balance of this season allows him to return at full strength next year while giving our younger players the minutes and experience needed to help us improve as a team going forward.” Associated Press

Terry has one left year on his contract. He is likely to play in the NBA again, just not for the rebuilding Sacramento Kings. – AL