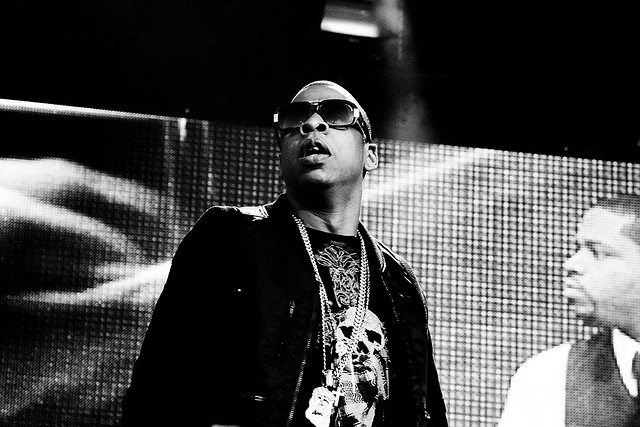 The first three tracks of The Black Album, Jay Z’s once-and-for-all declaration that he is hip hop’s greatest living artist, are firmly oriented to the album’s overarching themes: all things must end, reflective nostalgia, and career-celebrating bravado. Brilliant tracks to open a self-proclaimed retirement album. And then comes the gimmicky-yet-great “Encore”, the first of two Kanye West productions on the album, and the first inclination that this might not be the end after all:

As fate would have it, Jay’s status appears / to be at an all-time high, perfect time to say goodbye / When I come back like Jordan, wearin the 4-5…

Not unlike Jordan’s, Jay’s temporary retirement and inevitable return was a mixed blessing, featuring several moments of pronounced greatness (American Gangster, Glastonbury) and some glaring disappointments (“30 Something”, the dissolution of Roc-A-Fella). But in 2003, the lurking possibility of a Number 45-style return was a compelling promise, and part of the The Black Album‘s magic.